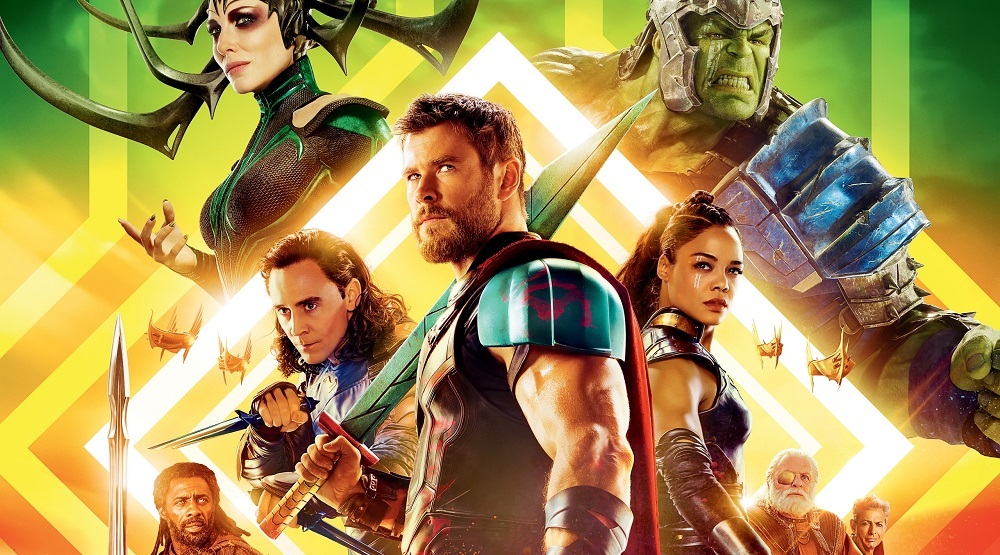 Fall is in full swing so it might be a good time to head to the theatres. Whether you’re in the mood for superheroes, raunchy laughs, or a potential Oscar contender, there’s something for everyone in the next few weeks.

Leading the charge – Marvel’s Thor returns to the big screen for his third standalone flick. Some foul-mouthed mothers try to strike comedy gold again in A Bad Moms Christmas. Actresses Frances McDormand and Saoirse Ronan generate some awards buzz for their respective films. Plus, Pixar is back with a vibrant animated ode to Mexican culture in Coco.

For a glimpse at these and other upcoming highlights, here’s a look at some new movies hitting the big screen in November.

The God of Thunder is back for a third standalone flick and the seventeenth (!) in the Marvel Cinematic Universe. Chris Hemsworth, Tom Hiddleston, and Mark Ruffalo return as Thor, Loki, and Hulk respectively. They’re joined by cast additions including Creed’s Tessa Thompson, Jeff Goldblum, and Cate Blanchett as the villainous goddess of death, Hela.

This time around, Thor assembles a team of unlikely allies to help save his home of Asgard. New Zealand director Taika Waititi (What We Do in the Shadows, Hunt for the Wilderpeople) brings a vibrant neon aesthetic along with a 1980s-inspired synth soundtrack from Devo’s Mark Mothersbaugh.

Maternal mayhem strikes again in this follow-up to last year’s surprise comedy hit. Mila Kunis, Kristen Bell, and Kathryn Hahn are back to raise a little hell again – this time during the holiday season.

The sequel focuses on the trio having to deal with their own mothers, played by Christine Baranski, Cheryl Hines, and Susan Sarandon. The movie also features Jay Hernandez, Peter Gallagher, Wanda Sykes, and This Is Us actor Justin Scott Hartley.

Agatha Christie’s classic mystery novel gets the big screen treatment once more. Kenneth Branagh directs and portrays the lead as moustachioed detective Hercule Poirot, who is tasked with solving a murder aboard a famed train in the 1930s.

A star-studded ensemble cast includes Penélope Cruz, Willem Dafoe, Judi Dench, Michelle Pfeiffer, Josh Gad, and Johnny Depp. This is technically the fourth adaptation of the book, which began with a movie version in 1974.

Oscar season is officially on with this dark comedy from In Bruges director Martin McDonagh. Frances McDormand plays a grieving mother who challenges local authorities after they fail to solve the murder of her daughter.

The movie co-stars Woody Harrelson (as the town sheriff), Sam Rockwell, John Hawkes, and Game of Thrones’ Peter Dinklage. The film has generated substantial buzz and even won the People’s Choice Award at this year’s Toronto International Film Festival.

Break out the tissues for this heartwarming and emotional tearjerker. Vancouver’s own Jacob Tremblay – who rose to fame in 2015’s Room – portrays a boy born with facial differences who attends a mainstream elementary school for the first time.

He tries to teach his classmates that beauty is not just on the outside. Based on the 2012 bestseller, the film also stars Julia Roberts and Owen Wilson as his lovingly devoted parents.

Pixar studios returns for an animated, Mexican-inspired glimpse at the afterlife. An aspiring 12-year-old musician teams up with a charming trickster for an adventure through the Land of the Dead to unlock the real story behind the boy’s family history.

The concept is based on the Mexican holiday of the Día de Muertos. The vocal cast includes newcomer Anthony Gonzalez plus Gael García Bernal, Benjamin Bratt, and Edward James Olmos.

American actress Greta Gerwig – who garnered critical acclaim for roles in Frances Ha and Mistress America – makes her directorial debut with this comedy-drama. The story, set in 2002, examines the turbulent bond between a mother and daughter who deal with the trials and tribulations of life in California.