Imagine a world where millions of people can tune in to watch you waking up and going to work every day.

It’s an unsettling idea, ripped right from the headlines, haphazardly explored in the techno-thriller The Circle.

Her new occupation initially appears to be going swimmingly; Mae quickly rises the ranks, meets some new friends, enjoys work-sanctioned social gatherings (a sequence featuring a Beck concert cameo, of all things), and even manages to get her parents (Glenne Headly and Bill Paxton in his final film appearance) on the company’s medical plan.

However, as time passes, she begins to realize her employer may have a sinister agenda seeking ultimate transparency in the form of surveillance through state-of-the-art cameras, the size of ping pong balls, that can be placed virtually anywhere around the globe.

More red flags begin to fly as a fellow employee (an underused John Boyega) warns Mae about the organization’s true intentions. She begins to suspect something is awry but, after suffering a mental breakdown, ends up drinking the Kool-Aid to become a guinea pig for a social experiment of epic proportions.

She agrees to go completely transparent and wear tiny cameras all the time so the entire world can tune in to her almost 24 hours a day. Now, millions of hungry online viewers click on to see everything from her nightly tooth brushing routine to her parent’s having sex.

As Mae’s life quickly becomes an open book, a devastating accident involving her childhood friend (Boyhood’s Ellar Coltrane) serves as a grim reminder that things have gone too far. 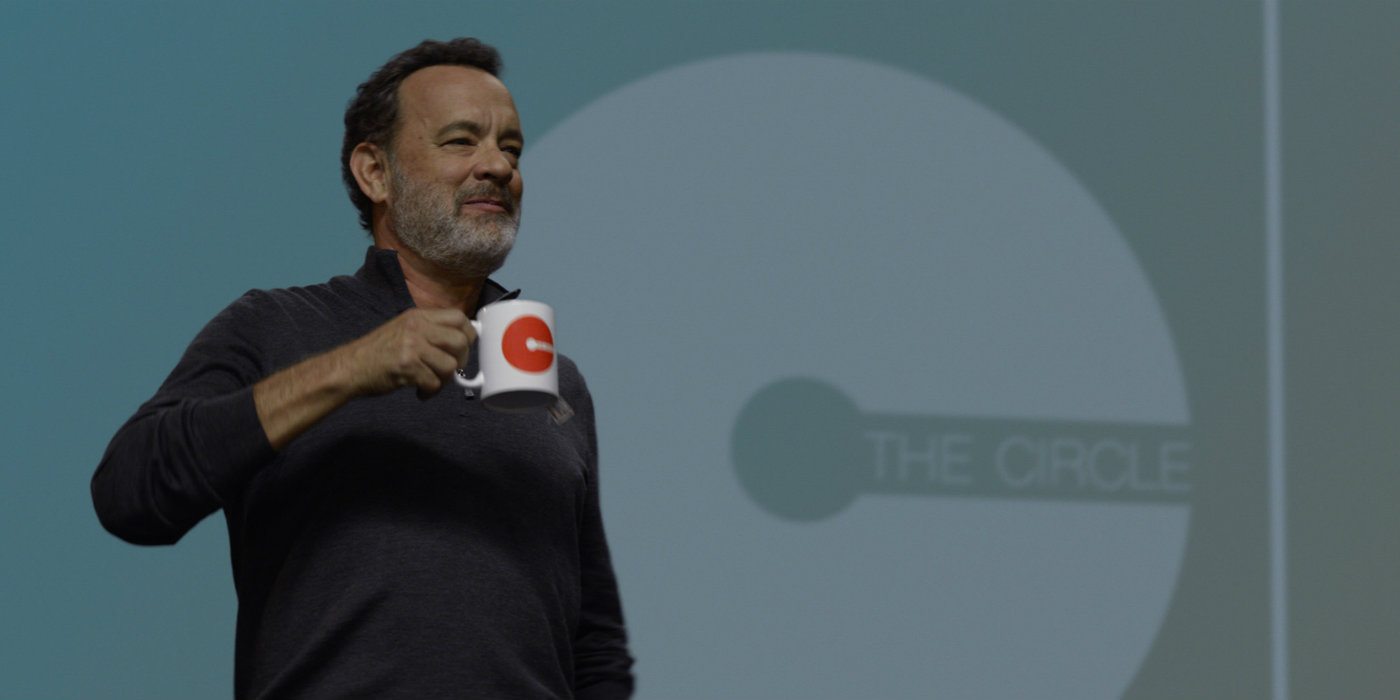 The film is based on the 2013 Dave Eggers novel of the same name. Director James Ponsoldt (The End of the Tour, The Spectacular Now) also co-adapted the screenplay, which is clunky at best.

The Circle introduces a cool premise and tries to explore timely issues but they are never developed in any cohesive way to justify the movie treatment. Many scenes work quite effectively on their own but are stitched together in a rather stilted manner.

It’s a shame because the story tries to tackle some genuinely intriguing ideas. Ponsoldt has strong command of a topical narrative but just doesn’t seem to know how to navigate it in a satisfying direction.

In terms of acting, a talented and dynamic ensemble cast doesn’t fare well here either.

Lead star Watson, usually so strong in anything, is relegated to hiding her British accent to portray an American and winds up giving a wooden performance that feels ultimately restrained.

Oscar winner Tom Hanks is essentially wasted in a thin role that could have been a memorable turn as an eccentric villain. Ellar Coltrane basically plays the same dude he was at the end of Boyhood. Even poor John Boyega has virtually nothing to do except provide a voice of caution. Honestly, if you squander the talents of Finn from the Star Wars universe, you’re doing a frustrating disservice to audiences. 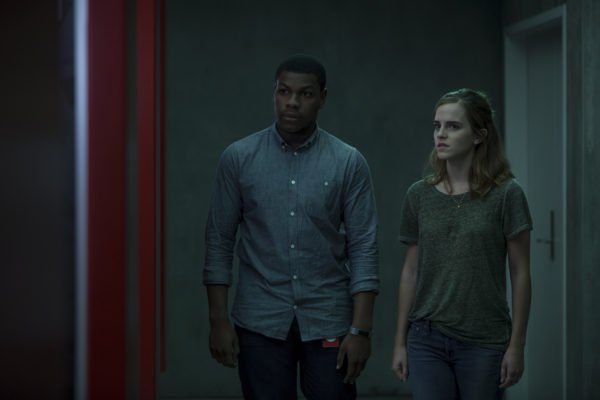 The only real bright spot in the acting department is the late Bill Paxton. The veteran actor died unexpectedly in February at the age of 61. His character is battling multiple sclerosis and to see a performer, who recently passed away, play a person grappling with their own mortality adds another layer of poignancy to his performance.

The film stumbles towards its inevitable conclusion and we’re all left wondering – with such a fine cast and thought-provoking story – what went wrong?

The Circle would have made a formidable episode of Black Mirror, exploring the cult of technology, but it doesn’t mesh as a movie that runs almost two hours. Chilling premise aside, this social media satire only deserves 2/5 pieces of popcorn.