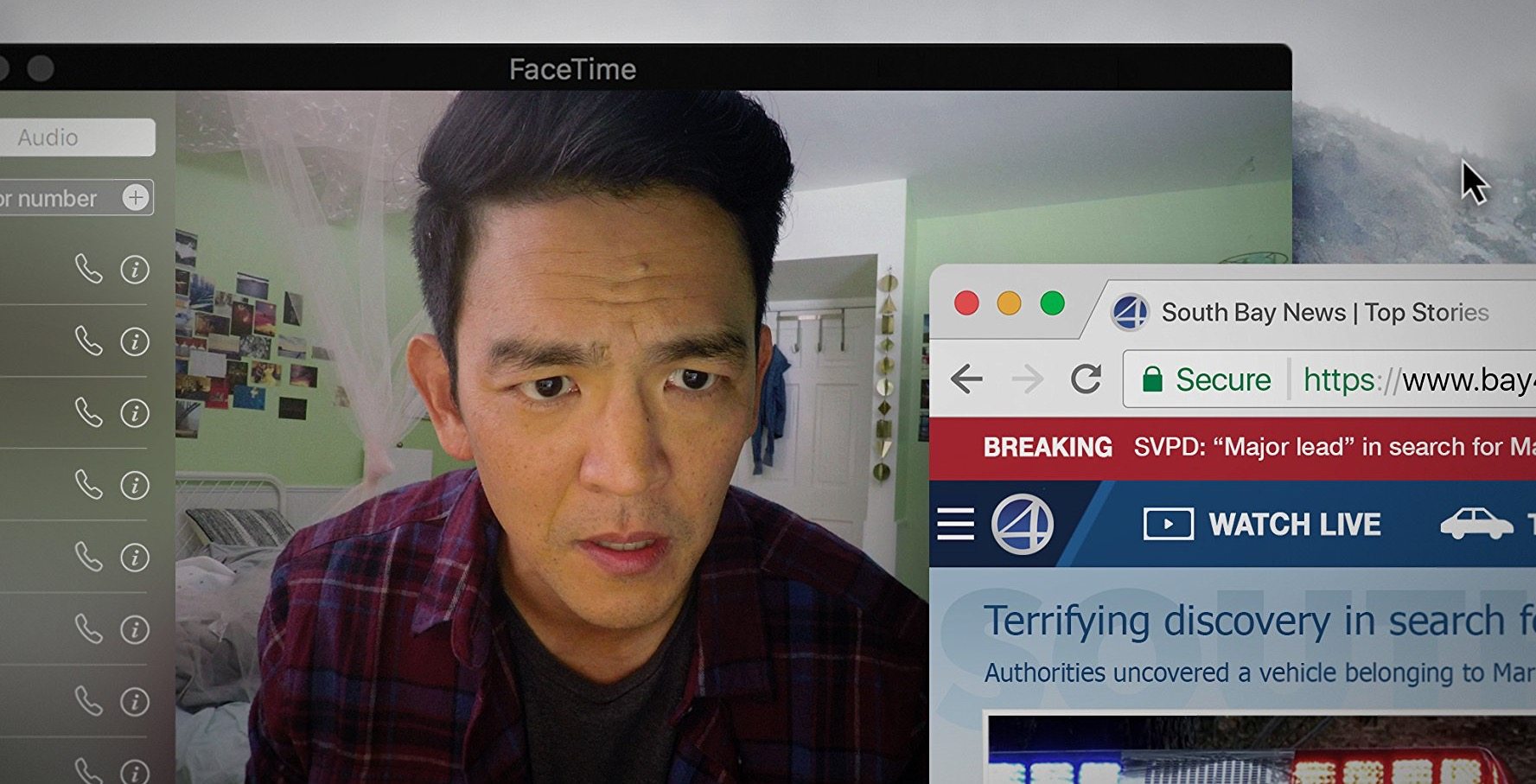 You can stop looking for a better thriller this year.

Director Aneesh Chaganty’s latest suspense-filled thriller, Searching takes place exclusively through webcams and video clips and manages to be one of the most visually engaging pieces of cinema in 2018.

The film is the story of a father whose daughter goes missing after spending a night out with some classmates. All he has are a few missed calls and his daughter’s laptop to try and figure out what happened to her. He quickly discovers there’s a whole lot he doesn’t know about his little girl.

For much of the movie, we follow David Kim (John Cho) as he combs through the contacts and connections of his daughter Margot (Michelle La) to figure out what caused her sudden disappearance. It’s through Kim’s digital perspective that we meet and interact with his wife Pamela (Sara Sohn) and brother Peter (Joseph Lee). Rounding out the main cast is Debra Messing who plays Detective Vick, the investigator who’s spearheading the case. She and Kim collaborate to piece together evidence and leads from his findings on Margot’s MacBook. 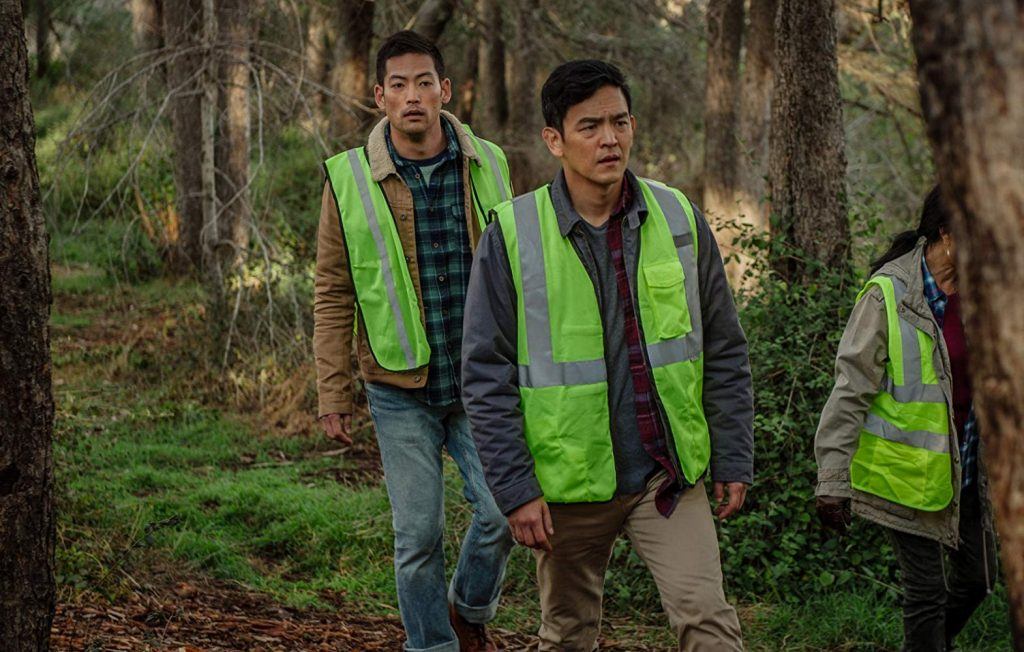 The movie dives right into its unique visual identity immediately. Searching opens with what’s essentially a Windows XP startup before slowly becoming a montage about the Kim family, walking the viewer through their life’s triumphs and sorrows. It’s a brilliant way to condition the audience to the way the movie is going to play out. The sequence even shows the updating technology to convey not only the passage of time, but the time in which the events take place. Searching won’t be a traditional viewing experience, and it benefits from taking a chance.

When the theatre screen isn’t just mirroring a desktop, much of the action happens in a portion of the screen using FaceTime. If David isn’t actively talking to someone, he conveniently leaves the FaceTime app open, which is a nice way to keep the movie visually diverse. You would want to cast well knowing that the shot-list is 70% close-ups, and they chose wisely here. Not being able to use body language for most of the screen time would hurt a less capable cast, but everyone here excels.

What initially seems like a good excuse for a micro-budget film ends up using the internet as a portal into a wider world in the best ways. Director Aneesh Chaganty masterfully uses this to his advantage, being mindful of visual diversity and opportunity. He understands the internet in a way that few in Hollywood seem to. The use of real websites and the accurate portrayal of programs and functions all add up. Those details, if treated lazily, could have derailed the whole film by being too distracting. Thankfully the implementation is done well and leaves the audience feeling like a fly on the wall.

What’s truly impressive is the level of detail in each scene, even if it confines itself to a monitor. Every folder, tab, website and pop-up ad contributes to the plot. Rarely was there anything visible that wasn’t important to the immersion of the concept or story. Something as simple as ads or spam related to the recent search history shows that the script supervisor and editor had their work cut out for them (shout out to Shawn Tira, Nick Johnson and Will Merrick). 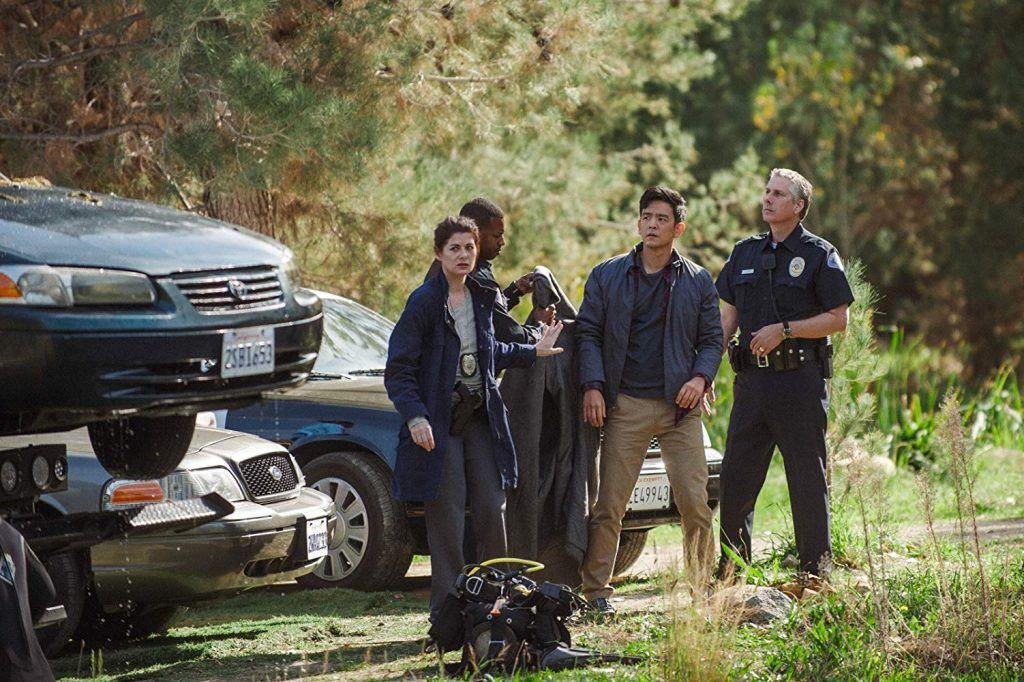 The execution is there, but that would be no good without a tight story. Searching doesn’t falter in that area either. Like any good thriller, you’ll find yourself trying to reevaluate everything that has happened more than a few times from beginning to end. Calling any of the act breaks “twists” would be a disservice to what was accomplished here. Like searching the internet in real life, new information tends to reveal itself and completely rock the foundation of what you thought you knew.

A compelling digital update to the classic mystery-thriller, Searching is the result of a perfect marriage of a classic genre that got with the times. It also corrects the damage that previous features like Unfriended and its sequel did to the idea of a film through the eyes of a webcam. It’s easily one of the most compelling and thought-out thrillers in recent memory. Its chosen gimmick never once slows down the well-paced script. Well worth the money, and something you’ll want to watch again to truly appreciate the meticulous plotting.