Ahoy, mateys! Gather ’round as I spin a timeless yarn of a seafaring film franchise run aground.

Johnny Depp returns with some trademark salty swagger in the fifth (yes FIFTH!) instalment of the Pirates of the Caribbean series, but it’s abundantly clear the magic is missing on this voyage.

The action begins with an elaborate yet bungled bank heist sequence courtesy of the notorious Captain Jack Sparrow (Depp) and his significantly diminished crew. Things aren’t looking good for Sparrow; his ragtag gang abandons him, his formerly glorious ship – The Black Pearl – is confined to a bottle because, ya know, curses, and he’s being pursued by a vengeful Spanish zombie pirate named Captain Armando Salazar (Javier Bardem). 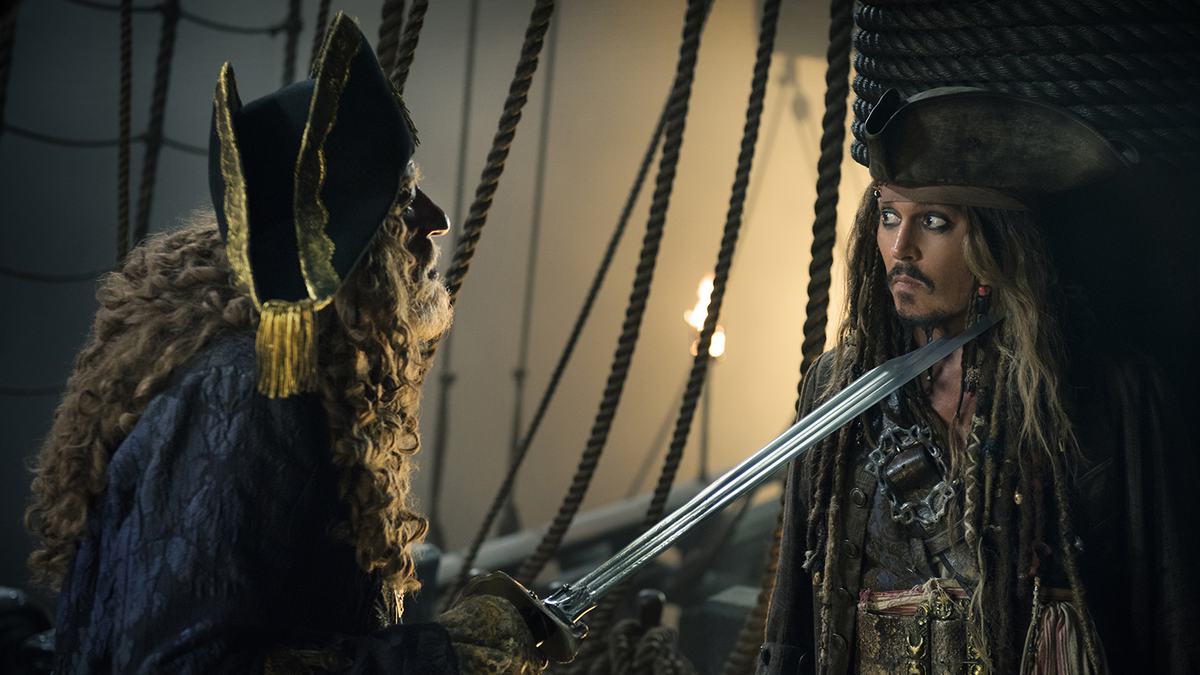 The MacGuffin – there is always one in these flicks – this time around is the mysterious Trident of Poseidon.

The magical artifact apparently imbues its owner with the power to control the seas and EVERYONE is after this thing. Depp and the ghastly Salazar want it, The British Navy wants it, even young Henry Turner (Brenton Thwaites) wants it to reverse the curse put on his father Will (Orlando Bloom, briefly reprising his role from the first three films).

Having trouble keeping up? You’re not alone.

No strangers to handling movies set at sea, the pair competently constructed the film. Unfortunately, the whole exercise smacks of a paint-by-numbers approach that eventually succumbs to formulaic and familiar storytelling.

It’s as if Disney executives handed over the instruction manual on how to make these movies and they simply followed the format.

The flick ticks most of the boxes we’ve come to expect from the series: sweeping visuals, exotic locations, spectacular action sequences, and plenty of scenery-chewing in the acting department.

The problem is, there’s generally nothing new or innovative presented here that fans haven’t seen before. 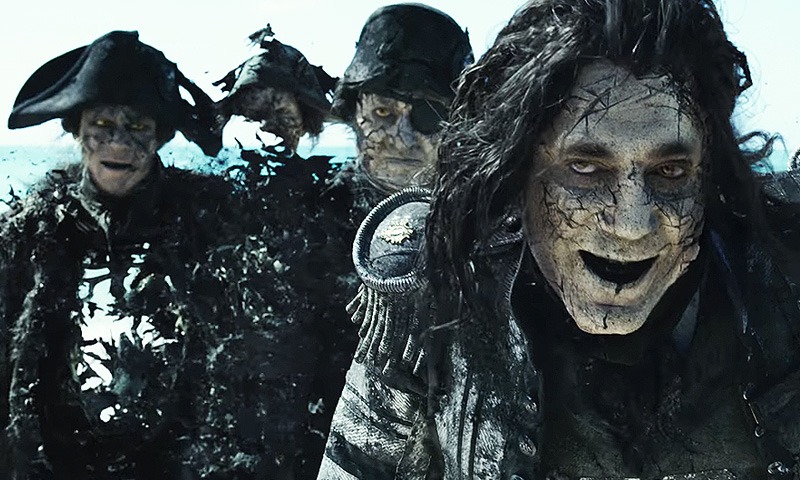 If Dead Men Tell No Tales was the first Pirates movie, audiences would probably be impressed. But, it’s the fifth one. We’ve all sailed this journey before and it’s getting a tad tiresome.

In terms of acting, the film provides an avenue for the cast to have some fun, but Depp just winds up being a distraction. For the first time in the series I was unable to suspend my disbelief while watching the actor merrily prance around, doing his best drunk Keith Richards impression.

There is an almost undefinable quality missing from this latest performance. Simply put, Depp looks tired and unmotivated.

I was supposed to be mindlessly caught up in his character’s wild exploits but couldn’t stop thinking about the actor’s drama with Amber Heard or that dogs debacle during production in Australia.

When the main star, whose shoulders the franchise rests on, isn’t convincing anymore, you’ve got big problems.

Elsewhere, Bardem is genuinely chilling and grotesque, albeit buried under prosthetics and CGI, as the central villain. Thwaites does his best, but is constantly overshadowed by Orlando Bloom’s legacy. The real credit belongs to Scodelario and Rush, who at least do their best to brighten up the mostly mundane script.

In the end however, Pirates of the Caribbean: Dead Men Tell No Tales is a waterlogged adventure that yields very little buried treasure.

This stale and soggy shipwreck deserves 2 ½ out of 5.

Playing at a theatre near you. Rated PG and is 129 minutes long.