Pacific Rim: Uprising is the sequel that some of us wanted and thought we would never get but now we wish we hadn’t. 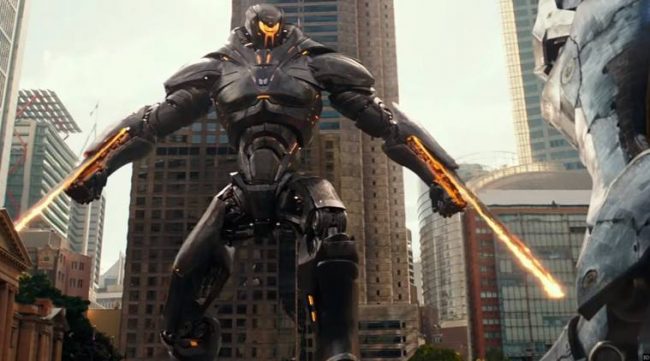 If you go into this Pacific Rim sequel thinking you might get an intelligent, well-crafted story, I hate to break it to you, but there is no room for that when you have piloted Jaegers engaging in a downtown donnybrook.

It does have John Boyega in it though and a cast that also includes Scott Eastwood, Jing Tian, Cailee Spaeny, Rinko Kikuchi, Burn Gorman, Adria Arjona, and Charlie Day. Each one of those actor’s performances felt very robotic, so kudos to them for really digging deep into their roles. 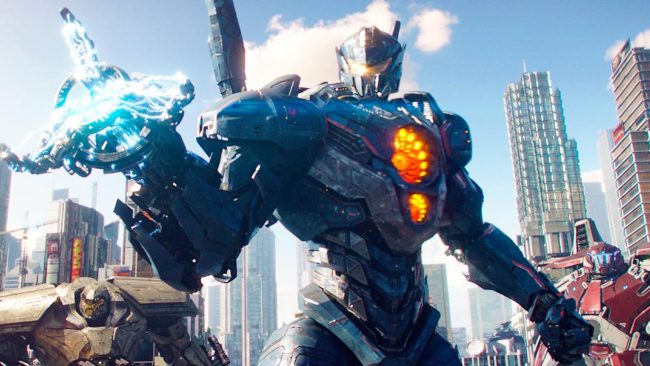 However, somewhere hidden amongst all of the slick effects, big action sequences, and cheesy dialogue, is a story about a once-promising Jaeger pilot named Jake Pentecost (Boyega).

Jake lives under the shadow of his heroic father who gave his life to secure humanity’s victory against the monstrous Kaiju. Unfortunately for Jake, his own potential has floundered.

That is until the world is threatened by an unstoppable force that tears through cities and brings the world to its knees. Jake is thrust into action, given another chance to become the pilot he’s supposed to be, and an opportunity to live up to his father’s legacy.

Daddy issues aside, this film is a terrible follow-up to Guillermo del Toro’s Pacific Rim. It’s not like the first movie was some sort of cinematic masterpiece either, but what it did offer was some heart to go along with being a fun monster film. This Steven S. DeKnight directed sequel is soulless and shallow. 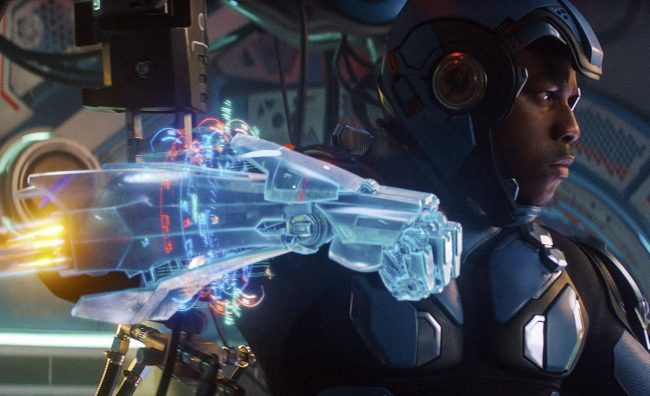 Boyega is the one shining light that keeps the movie from completely falling apart. Despite some seriously bad writing and dialogue, Boyega brings enough charisma that you’re able to ignore the cliché storytelling and predictable plot points. The same can’t be said for Scott Eastwood, who has as much personality as a bag of white sugar; he’s sweet but that’s about it.

Everything about this film is, pardon the pun, machine-like. It’s a gigantic paint by numbers action film that doesn’t deserve too many more words from me. Those seeking any depth in their action cinema best move on, there is nothing to see here.

But if you just want eye candy, and things that go boom, have at it. At least it’s a hell of a lot better than all the Transformer films put together, but that’s not saying much.

Pacific Rim: Uprising gets a 2 out of 5 from me. It’s purely a turn your brain off big screen spectacle. That’s it.

Playing at a theatre near you. Rated PG-13 (for sequences of sci-fi violence and action, and some language). 111 minutes long.