Someone at Warner Brothers decided to dig up an old grave, dust off the remains of an ancient video game franchise, and bank on the idea the world is ready for another Tomb Raider flick.

At one-time Lara Croft was a sex symbol for lonely boys who spent their days in the basement mashing their… buttons? The Tomb Raider games became so popular that it led to two forgettable films starring Angelina Jolie that resulted in Croft’s cinematic demise. 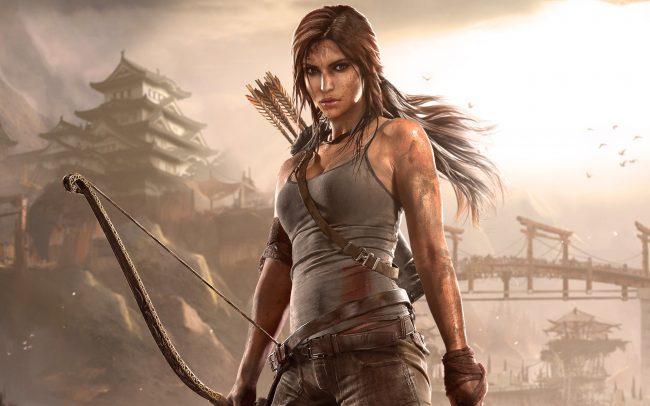 Fast forward to 2013, gaming developer Crystal Dynamics and Square Enix released the tenth major Tomb Raider video game with a back-to-basics reboot that introduced fans to a younger, grittier, and more realistic heroine. The success of that reboot is what sparked the idea of giving Croft another go on the silver screen. This time however, following a formula that was less about sex appeal and more about female empowerment.

Director Roar Uthaug (The Wave) treats Tomb Raider as an origin story for Lara Croft with Alicia Vikander perfectly cast as our lead adventurer. Within the first 15 minutes, we see Croft as a thrill seeker who enjoys mixed martial arts fighting and racing her bike around London. She’s clearly compensating for the loss of her father, Lord Richard Croft (Dominic West), who one day left on a business trip and told a young Lara that he would be back. Seven years later, Richard’s still missing, and Lara won’t accept that he’s dead. 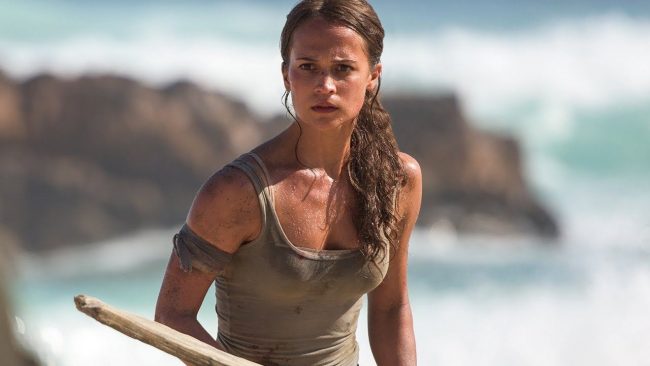 It’s a shame, if she could accept that one gruesome detail a simple signature would give her access to her father’s wealth.

As Croft goes over her father’s will, clues begin to surface that Lord Richard had a secret. She soon finds out that her father liked to moonlight as an archaeologist and had discovered the ancient Japanese burial site of a mythical queen, who reportedly possessed supernatural powers. Now his daughter, desperate to prove her father is still alive, follows his trail and takes on danger and death-defying odds as she travels to a mysterious island in the middle of the Devil’s Sea.

The film is a faithful adaption of the 2013 video game, but therein lies the problem. The age-old question rears its ugly head once again, is it more enjoyable to play the adventure, or is it more fun to sit in a theatre and watch the game be played for you? 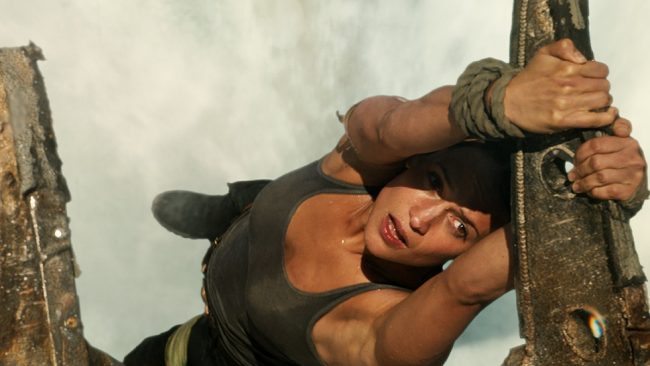 Fans of the game will recognize certain action scenes including a sequence that involved a scrapped rusty airplane hanging over a waterfall. But outside of a few nods to the source material, the movie plays-out like one big video game. Croft must physically pull herself up from almost every steep surface she encounters, solve a puzzle, and constantly get beaten to a pulp.

Vikander is excellent, she is a dead ringer as Croft and handles all the role’s physicality like a champ. The problem isn’t with the casting. Even the great Walton Goggins, who plays the film’s baddie Mathias Vogel, isn’t given much to do.

The real issue was that the movie relies too heavily on terrible dialogue and over the top action sequences.  The story itself has no stakes and is chock full of retrograde video game tropes. The film brings nothing new to the genre and is so stereotypical and paint by numbers that you wonder if they played it too safe with a PG-13 rating. The games are far more mature and violent, this film waters down a lot of what made them special. 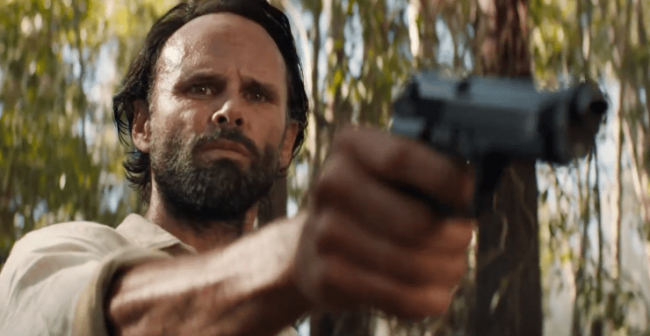 There was some serious potential in this film that unfortunately didn’t get tapped. The movie will grab you in the opening act but slowly goes off the rails in the latter half. The third act is full of absurdity and trying to make sure audiences know there could be a sequel. The final sequence and the after credits scene were painful in their inability to be original or compelling.

In a nutshell Tomb Raider is a serviceable action flick that defines the word average. It’s a good start, and there’s enough here to build upon, but it sits at a mediocre 2.5 out of 5 for me.

Playing at a theatre near you. Rated PG-13  (for sequences of violence and action, and for some language). 122 minutes in length.