Inspired by the greatest what-if in conspiracy history, Matt Johnson’s excellent Operation Avalanche imagines an alternate 1969 whereby a plucky group of young CIA agents conspire to fake the Apollo 11 moon landing, and document the entire process. Comparisons to other found footage or faux documentary movies do this ingenious film a disservice as inventiveness and the delight of the filmmaking process burst from every scene. 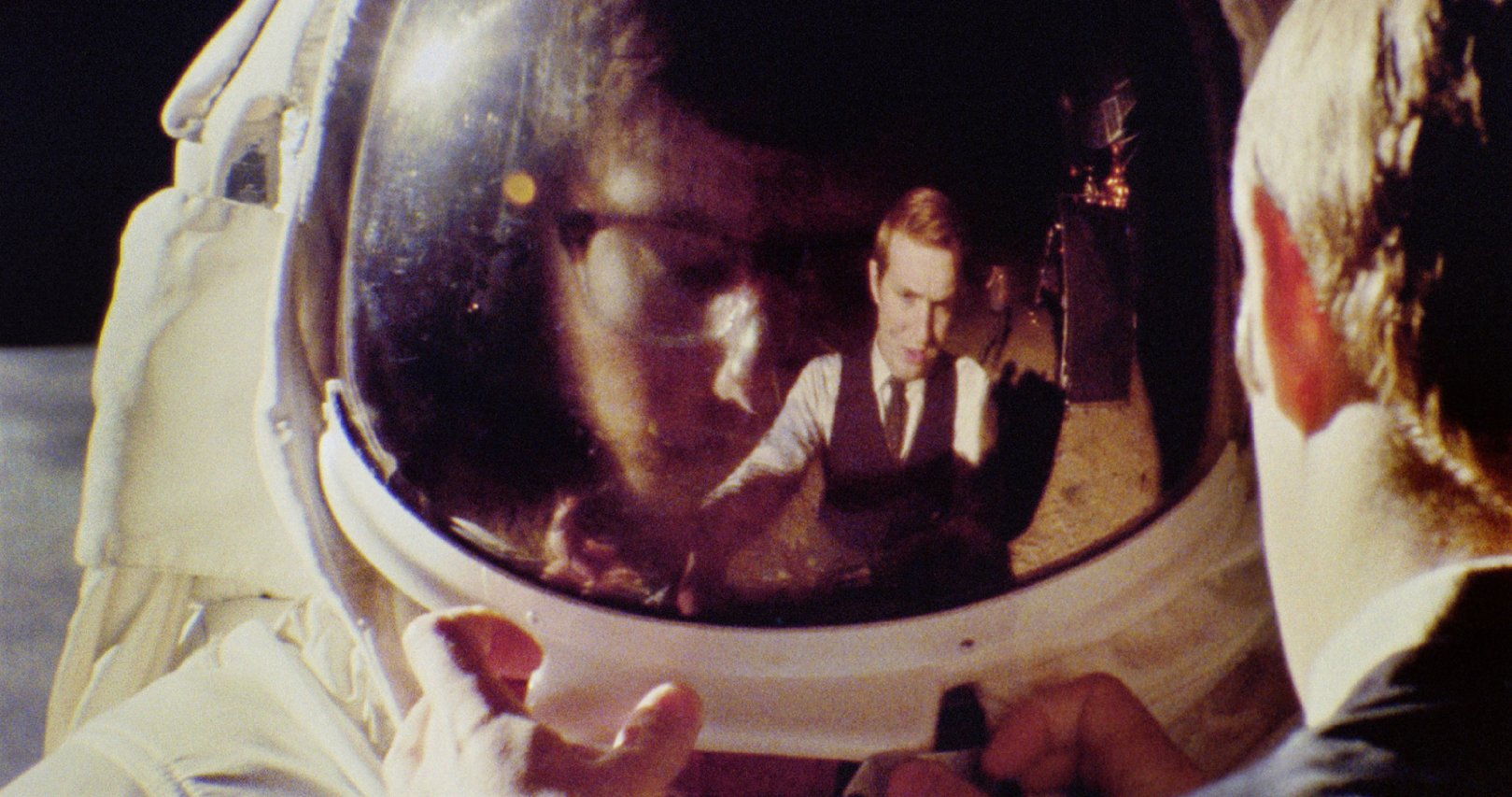 From start to finish, Canadian director and star Johnson (along with his fellow real-life film school chums) absolutely commits to the aesthetic of the period. The movie revels in ’60s style, fashion, cars, music, and technology, and the opening 10 minutes is presented in 8mm black and white before switching to a more audience friendly colour Super 16 (the switch is even a plot point).

Remarkably, all of this is realised on a modest budget. This is a movie where the successes are achieved by stealing shots, shooting undercover, and not worrying about minor obstacles like permits, permissions, and, probably, laws.

The exploration of how exactly a group of 20-something CIA agents would pull off the greatest of mass illusions is fascinating to watch. There’s a caper-like joy in watching the conspirators visit deserts for the best sand to replicate the Moon’s surface, building a scale version of the lunar lander, and writing the script for Neil Armstrong’s infamous dialogue. Special mention here to the lead feather.

Johnson crafts a sci-fi thriller that’s loaded with wit and humour. You’ll soon realise that you’re watching a film, within a film, within a film, made by film fans. Agents posing as a documentary film crew infiltrate NASA to film secret footage for the CIA, and end up creating global TV’s most infamous historic event. All of this is achieved by literally stealing techniques from the set of Stanley Kubrick’s 2001 A Space Odyssey. They want the audience to enjoy the lunacy of this as much as they do.

It’s to Johnson and the crew’s great credit that they avoid this all coming off as self-indulgent and ‘meta.’ Their love for the art of film and their absolute joy of the process (watch Johnson beaming throughout) delivers an incredibly enjoyable theatre experience. 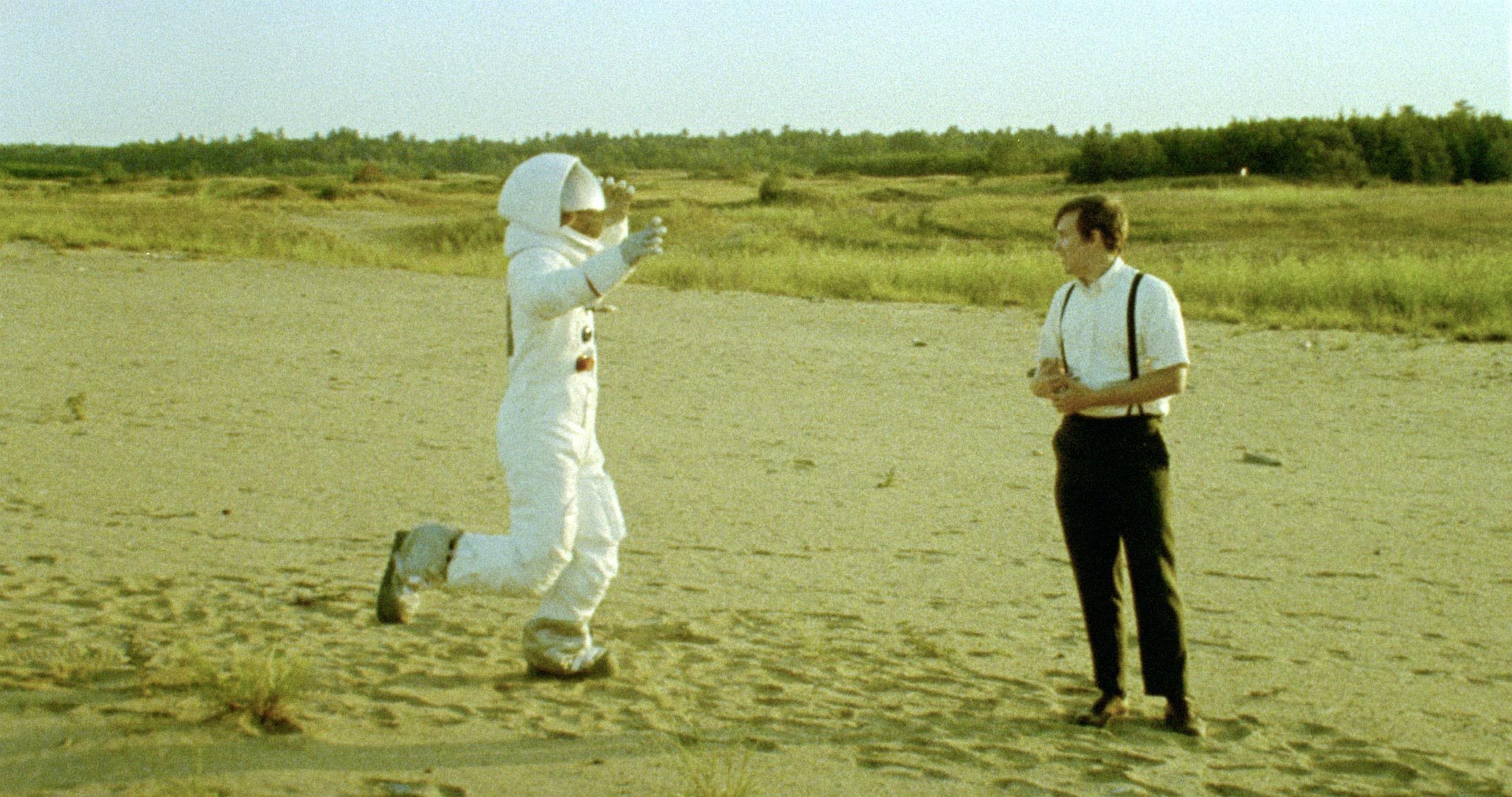 There’s an entrepreneurial spirit that’s tough not to get caught up in and it’s easy to get carried along with the characters’ increasingly ambitious motives. There’s no greater proof of this than in an exhilarating car chase where Johnson violates all industry health and safety regulations. It’s a rare and beautiful thing in an age of ultra sleek entertainment where movies are often post-production-polished beyond any real world recognition.

Outside of the movie, Johnson has no personal doubts that the Moon landings did occur. While NASA may be slightly embarrassed by some of the stolen sequences from the Houston Space Centre, they may have this movie to thank for some much-needed PR.

Operation Avalanche then, is very much a dramatized ‘else-world’ tale and it’s impossible not to reflect on it as a celebration of the Apollo missions and the lost age of space exploration, rather than a champion for conspiracy theorists.

Thrilling, energetic, and resourceful, Johnson has put down a marker as one of Canada’s youngest makers of intelligent and fun sci-fi cinema.

Operation Avalanche is a solid 4.5 popcorn kernels out of 5.