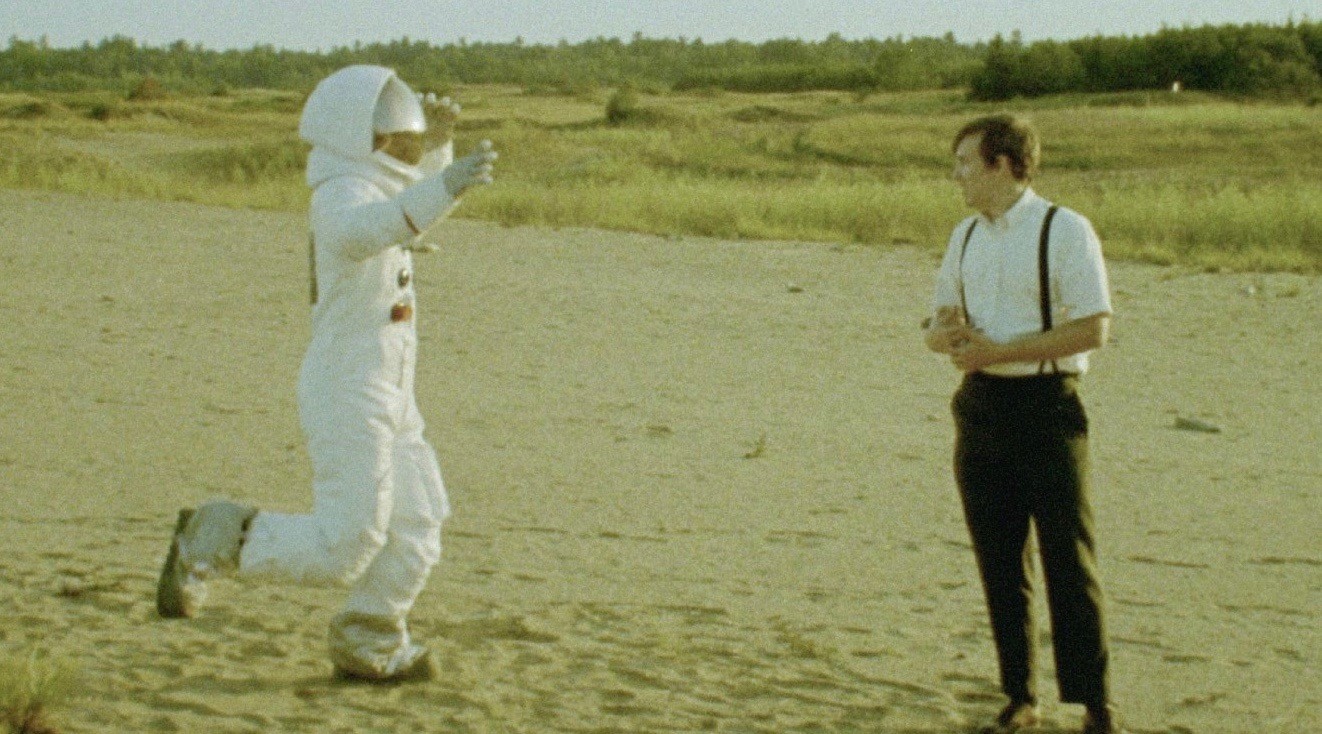 Operation Avalanche is a unique film.

It’s one part campy period piece, and one part paranoid spy thriller, but it all adds up to being one of Variety Magazine’s top 21 picks from the 2016 Sundance Film Festival, as well as a work The Guardian’s Film Section calls “truly thrilling.”

Opening on September 30, Operation Avalanche marks Torontonian actor-director Matt Johnson’s second feature film, as well as the second he has made co-starring actor Owen Williams. In addition to being a rip-roaring good time, this hot new movie is a gift to conspiracy enthusiasts everywhere. Why? Because it is the first major narrative film about the theory that the US staged the 1969 moon landing.

After pitching the film to Lionsgate in 2013, Johnson and his team set off south of the border, where, under the guise of making a documentary, they fooled NASA into letting them use their facilities to film a work of fiction about the moon landing being faked. Williams and Johnson play two ambitious young FBI agents who learn the US is incapable of landing humans on the moon, and take it upon themselves to fabricate the event using a soundstage and a camera.

While Avalanche could have caused an international incident when NASA learned the truth about the stealthy Canadian filmmakers, Johnson says they have yet to decry the film. In fact, NASA have so far refrained from acknowledging its existence at all.

While the story of a Canadian filmmaker sneaking around NASA is a good one, one of the most compelling details behind the making of this film is how it actually began as Johnson’s thesis film for his Master’s at Toronto’s own York University.

Johnson told Daily Hive, “York was super supportive.” Indeed they were, lending vintage film equipment to be used as props in the movie, as well as allowing the team access to the school to reshoot scenes from their initial filming in the US. York alumni who go see Avalanche will no doubt enjoy playing, “Is That NASA or My Old Classroom?”

While Johnson is an emerging director who is already at the top of his game, he wants you to know making his acclaimed movie was a laborious process that did not come easily. Says Johnson, “We had to find the story through editing. It’s only with sitting with something and taking the time with it that you find what works.”

Johnson’s co-star, Owen Williams, is both an actor and a high school English teacher who works at a school in midtown Toronto. He too values the importance of editing and reshoots, arguing it’s like “writing an essay. It’s not right at first, then you go back and tinker with it.”

After all the deception, reshoots, and hours of editing, Johnson believes his team has created “a film about filmmaking.” He argues, “It’s about film literacy. It’s about historical literacy.”

Of course, I couldn’t resist asking Matt and Owen whether their experience filming a movie about faking the 1969 moon landing managed to convince them the moon landing was, in fact, fake. Both claim, despite devoting years of their life to making a film about this conspiracy theory, that they emphatically believe Neil Armstrong and Buzz Aldrin did walk on the moon. According to Owen, “When you spend time at NASA, you believe it. A lot of the NASA employees you meet there were around in the 60s when the moon landing happened, and that is all they talk about.”