That’s what I was thinking halfway through Kenneth Branagh’s seemingly lavish big screen adaptation of Murder on the Orient Express. The ambitious project assembles a big ensemble of talented thespians who never really get a chance to shine.

Granted, Branagh himself – who stars as the lead – is formidable in the title role. And I would admittedly watch him tackle this character again, but this particular movie derails soon after it has left the station.

The story is of course based on the celebrated mystery from acclaimed crime novelist Agatha Christie. Branagh directs and also plays 1930s moustachioed (and his moustache is truly impressive) detective Hercule Poirot. The veteran sleuth is looking to kick back and read a bit of Charles Dickens on a beach somewhere for his well-deserved retirement but a mystifying case comes beckoning once again. 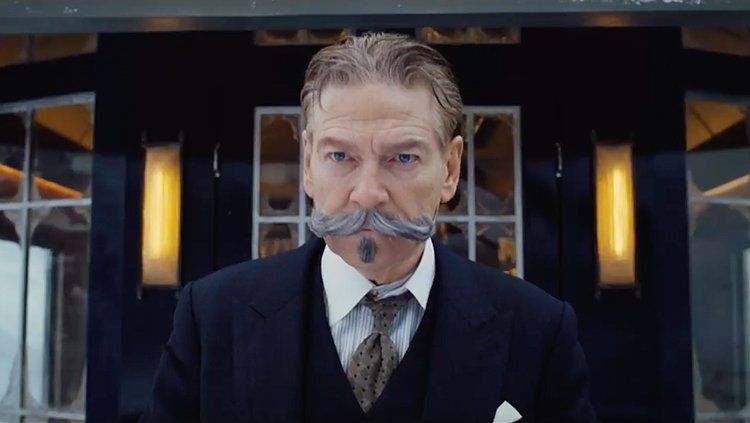 The crime in question actually happens on the very train – the famed Orient Express – that Poiriot is traveling on. Following the brutal slaying of one of its passengers, everyone quickly becomes a suspect as an avalanche temporarily stalls the entire train on a mountainside.

So, it’s the classic whodunit, but what this murder mystery lacks is any sense of tension or forward momentum; it’s just kind of lifeless. The curiously dull plotting is made more frustrating because Branagh is tremendous as Poirot. Right from the start, the film’s pacing is severely stilted thanks to jarring edits and rushed character introductions.

Even though most of the story takes place on a train, there are numerous suspects to keep track of and all the names being bandied about can be hard to remember at times. Johnny Depp plays a shady art dealer, Star Wars’ Daisy Ridley is a governess, Judi Dench portrays a Russian princess, Josh Gad plays a personal assistant, and you get the idea.

The problem is, with so many stars vying for screen time, several are left by the wayside. British greats like Olivia Colman and Derek Jacobi only appear in a handful of scenes. Penelope Cruz fares no better and only gets a few lines of dialogue. 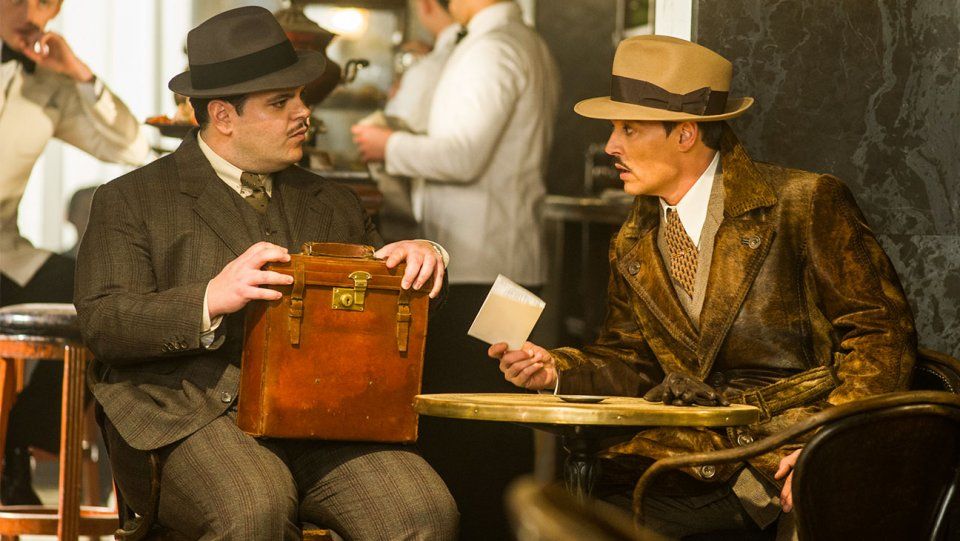 Granted, along with Branagh’s immense charisma, Depp has some decent scenes and Michelle Pfeiffer is very effective. The rest, however, are eventually sidelined with forgettable roles. There is simply so much time devoted to the character of Poirot, as he soliloquizes to himself or intensely interrogates others, that there isn’t room for anyone else.

Production-wise the film relies a lot on CG to create many picturesque backdrops and gorgeous scenery flashing past the speeding train windows, but the visual effects are generally mediocre. Much of the plot occurs on a frigid mountain but you can be sure none of the actors were really braving the elements. In the end, it’s just not convincing.

To be fair, Branagh did use 65mm film cameras, some of the same that were used on Christopher Nolan’s Dunkirk (which he also starred in) during production and these help enhance the scope of the visuals. The movie does feature commendable cinematography and beautiful costume design. 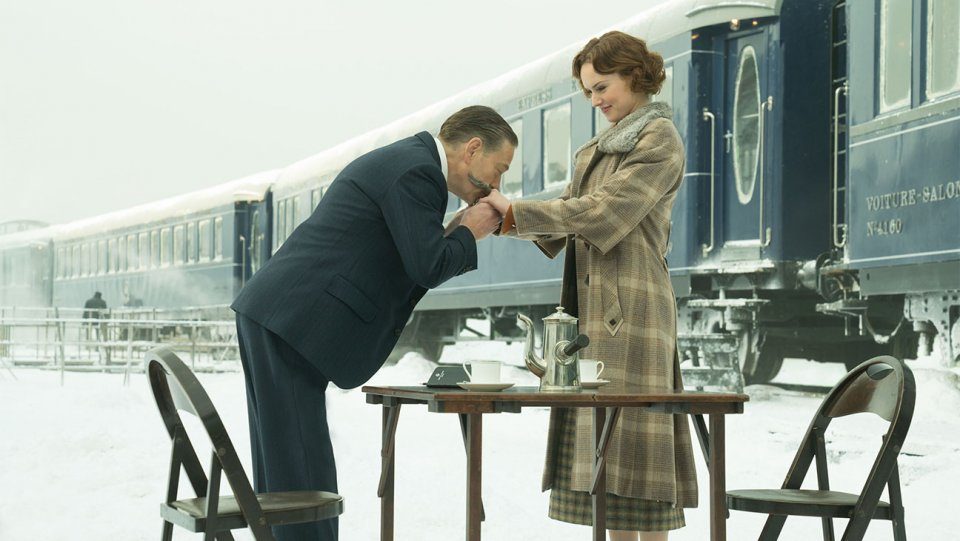 But, the plot stumbles to its inevitable conclusion as the case is finally solved and it’s all so anti-climactic. By the end there is virtually no audience engagement anymore; I no longer cared about the outcome, a cardinal sin of any crime drama.

Kenneth Branagh’s Murder on the Orient Express is well-intentioned but represents an uncharacteristic misfire for the veteran actor-director. It remains to be seen if this new film version will pique the interest of viewers to seek out the source material, because it’s simply a baffling bore.

This mishandled mystery gets 2 out of 5 pieces of popcorn with an extra half kernel thrown in for Poirot’s glorious moustache.

Playing at a theatre near you. Rated PG and is 114 minutes long.