A franchise reboot has a rough start in The Mummy.

Marking the first in a new, late-to-the-party (and perhaps ill-conceived), monster movie series from Universal Studios, this horror adventure seeks to cash in on an iconic villain and Tom Cruise’s star power but comes up disappointingly short.

The Mummy has undergone various iterations on the big screen over the years, dating all the way back to 1932 with the great Boris Karloff.

Many will also remember the cheesy exploits of Brendan Fraser in the 1999 version.

Well, you’ll be begging to revisit that campy classic after this snoozefest. 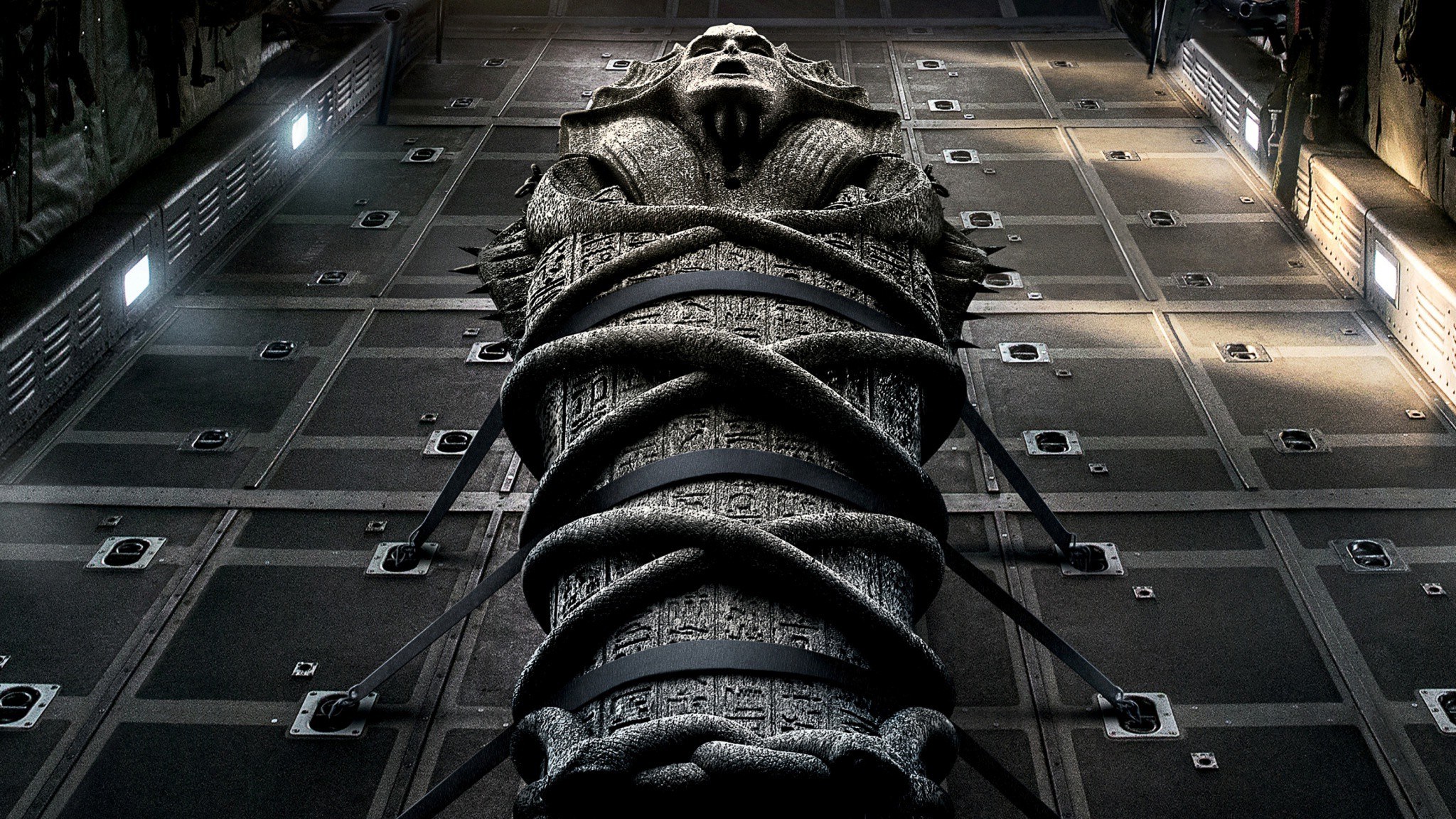 The action begins in present day Iraq, where Nick Morton (Cruise, playing a roguish antiquities hunter) and his trusty sidekick Chris (New Girl’s Jake Johnson) are attacked by local thieves at an archaeological site. Following a convenient drone strike, courtesy of the U.S. military, they stumble upon a tomb thought to hold the body of Ahmanet, an ancient cursed Egyptian princess.

Soon enough, a creepy sarcophagus is loaded onto a plane by Cruise and his team and the group sets off for London. But, after a flock of possibly possessed crows disables their ride, it looks like they’ll be making an unscheduled crash-landing.

This sequence – featured prominently in the trailers – is actually one of the few effective scenes in the movie. Shot in zero-gravity aboard the famed ‘vomit comet’ plane, it demonstrates great use of practical effects, making for several truly thrilling moments.

But, just like the doomed aircraft, it’s all downhill from there.

Nick somehow miraculously survives the crash and winds up meeting the infamous Dr. Henry Jekyll (a horribly underused Russell Crowe). Jekyll’s thankless character is obviously relegated to a Marvel-esque Nick Fury role, wherein he basically spies on everyone while building a team of heroes to fight evil. His tepid and brief transformation into the Mr. Hyde persona is laughably bad and, much like the film, is a rushed, wasted opportunity.

Meanwhile, Ahmanet (Kingsman: The Secret Service and Star Trek Beyond scene-stealer Sofia Boutella) is gaining strength by zombifying people, through soul-sucking makeout sessions, until she has enough power to wreak worldwide havoc.

If this seems a bit familiar, that’s because it is.

The greater problem, though, is that this Mummy movie has no identity; it has no distinguishing stamp or anything (besides the flight sequence) to really separate it from other genre fare.

In short, it’s generic as hell.

Alex Kurtzman – also known for co-writing Transformers and Star Trek – takes the helm as director but it’s painfully evident he’s merely a filmmaker-for-hire who was at the mercy of a studio’s ambitious ‘big picture’ plans.

There is a lot of action in The Mummy but most of it wavers between frantic and jumbled to just plain flat and uninspired.

The film’s tone is all over the map as well. Clearly, Universal didn’t want to take the silly route so the creators tried to inject some real terror and tension into the story. This meshes awkwardly with the attempted sporadic laughs.

Don’t even get me started on the 3D treatment. It was completely undetectable and made the already dark aesthetic look even more muddled.

In terms of acting, the cast is trying their best but there isn’t a lot to work with here.

About halfway through the movie I kept thinking: ‘Tom Cruise deserves better material’. The actor’s usual charisma is stifled; his generic role is basically interchangeable with any other leading man. Again, he has no chance to leave a mark, so to speak.

Russell Crowe is also a drag to watch. He’s forced to spew lots of hackneyed dialogue and it just made me sad as I yearned for his bygone Gladiator days.

At least the females fare relatively better. Boutella is a treat to watch. She offers genuinely mesmerizing aspects of her character while somehow making scary look sexy.

Peaky Blinders star Annabelle Wallis does commendable work as well, playing an archaeologist, but her role is too thinly sketched to get excited about.

There will be more of these Dark Universe instalments, a lot more. Bride of Frankenstein is already slated for 2019, with Creature from the Black Lagoon coming later that year, and The Invisible Man planned for 2020.

At that point, the series may finally be hitting its stride. However, if this first outing is any indication, it’s a long, tough road ahead to convince audiences these films will consistently be worth their time and money.

Despite some positive aspects, the movie represents cynical, made-by-committee filmmaking at its worst, lacking genuine thrills, heart, and humour. This forgettable flick should be wrapped up and buried for a few thousand years.

The Mummy gets 2 out of 5 popcorn pieces.

Playing at a theatre near you. Rated PG and is 110 minutes long.