Incredibles 2 is slick and gorgeous, but it’s not without its problems.

Can you believe that it’s been fourteen years since The Incredibles? It’s considered one of Pixar’s greatest films and in some ways is responsible for the current superhero genre we see in modern cinema today.

Unfortunately, Disney/Pixar waited too long to pull the trigger on a sequel. Now that we’ve had an Infinity War, and have been inundated with far too many superhero flicks, Incredibles 2 brings nothing new to the genre and in some ways plays it completely safe. 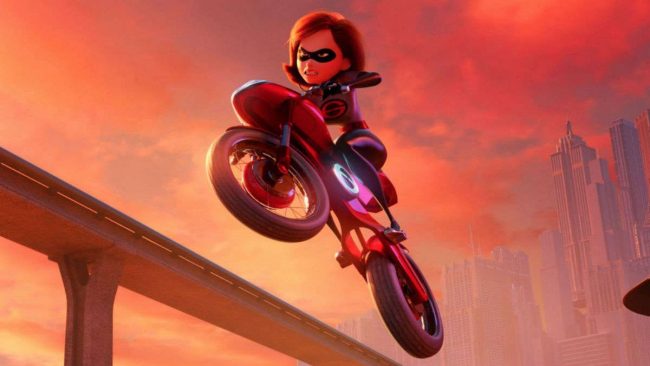 Even though we get a sequel over a decade and a half later, the film actually picks up right where the first Incredibles left off.

Our favourite super-powered family finds themselves outlawed by the government and banned from future heroics. When a superhero fanatic CEO (Bob Odenkirk) lures them back into the fold and creates a plan to have the legal status of all superheroes reinstated, it’s Elastigirl (Helen Hunt) who is snapped into the spotlight as their spokesperson.

Unfortunately, that means Mr. Incredible (Craig T. Nelson) has the toughest mission of all and that’s using his powers to become a stay-at-home dad while his wife gets all the masked glory.

However, when a new villain emerges, the entire family is pressed into action, including baby Jack-Jack. 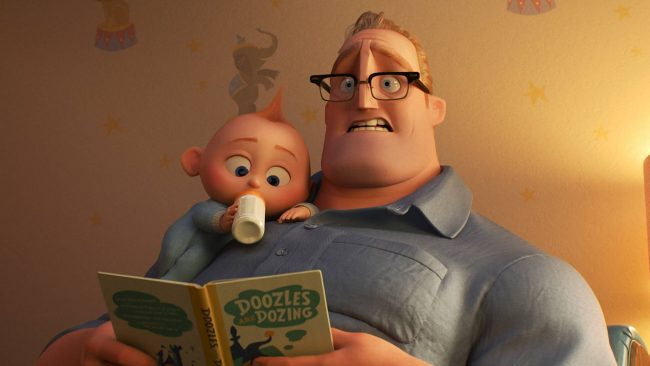 There is nothing wrong in including social messaging that is relevant in today’s world. But when it comes at the expense of the story to me it becomes less effective. That’s what ultimately hurts this sequel the most.

The role reversal by having Elastigirl brought in as the spokesperson for superheroes because Mr. Incredible’s brawn and penchant for destruction is probably not what “the cause” needs, is a nice touch. However, the film spends far too much time hammering that message home instead of just making it a subtle and effective nuance to the story.

That minor quibble though doesn’t take away from the fact that Incredibles 2 is gorgeous to look at. Go and see this film on the biggest screen possible because it’s eye-popping and some of the best work Pixar has done. Not to mention the score by Michael Giacchino will remind you of James Bond in all the right ways. In fact, there are a few 007 references in this movie including the climactic scene from Thunderball. 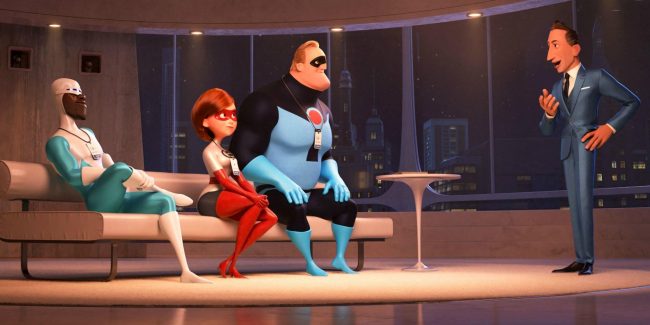 That said, the biggest scene stealer is baby Jack-Jack who finds out he has an array of different powers. That little character alone holds the film together through some of it’s boring or drier moments. Keep in mind, this is a very long two hours that might not hold the attention of every child.

Like so many other Pixar sequels, Incredibles 2 falls prey to sequel-itis. It tells an effective and safe story but does so in such a predictable way by using the same old superhero tropes we’ve seen a dozen times already.

The villain in this film is a cool concept but is underdeveloped and too one-dimensional for my liking. By the time it gets to “the twist” the audience beat the film to the punch (pun intended).

That’s not to say this movie is bad, it’s far from that. It’s a wonderful family film with some nice preachiness, er, messaging, and at least it’s better than Cars 2 and 3!

The problem is, it just doesn’t live up to the hype that has been built over fourteen years. Pixar apologized at the beginning of the movie for waiting too long in making this film a reality, maybe they realized they should have pulled the trigger ten years ago.

Take the kidlets, have a good time. Incredibles 2 is purdy to look at despite its average execution and so it gets a 4 out of 5 from me.

Playing at a theatre near you. Rated PG (for action sequences and some brief mild language). 120 minutes long.