I, Tonya is a stylish mix of black humour, social commentary, mockery and in some ways vindication.

You knew Hollywood would eventually churn out a biopic about US figure skater Tonya Harding and it’s finally here. I don’t know what’s more impressive about Harding, landing a triple Axel or her complete fall from grace. But what a story. 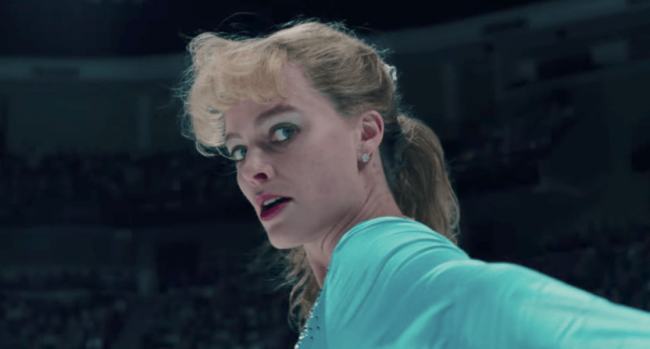 The US Champion and Olympic figure skater “allegedly” had someone smash the knee of her longtime skating rival and teammate Nancy Kerrigan just before the 1994 Winter Olympics. It was the hit job heard around the world just as we were entering the beginning of the 24/7 news cycle and “quality” journalistic programming like Hard Copy.

The man responsible for bringing this trashy ice skating scandal to the big screen is director Craig Gillespie (The Finest Hours). He was able to convince Margot Robbie to take on the lead role as Tonya Harding and although the actress is taller and far more gorgeous, she sticks the landing in her portrayal of the tiny but fierce figure skater.

Gillespie shot the film like it was a documentary with straight-to-camera confessionals, but it also works as a dark comedy that has moments of laughter, disbelief, and tragedy. 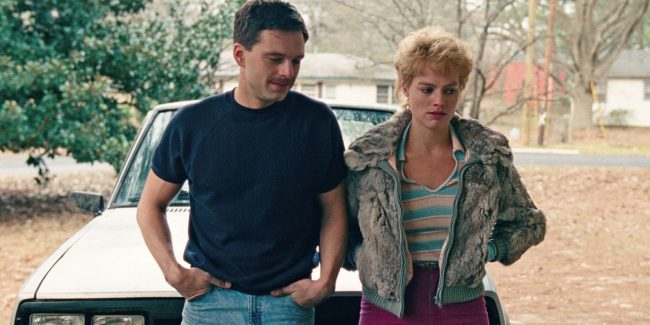 To say Harding had a wonderful upbringing would be a stretch. Not only was she raised in poverty but was abused by every person that came into her life. However, through all of that, she somehow was able to put together a skating career within a sport that didn’t take too kindly to someone who was a little rough around the edges.

Harding is also the narrator of this film and not the most reliable person to tell her story. As you watch things play out Harding makes sure you know, that “none of it was her fault and it was totally unfair.”

But the crazy doesn’t stop there.

Joining Harding in the retelling of her story is a stable of nut jobs like her mom LaVona Golden (Allison Janney), her crazy boyfriend Jeff Gillooly (Sebastian Stan), and her complete idiot “bodyguard” Shawn Eckhardt (Paul Walter Hauser). It’s clear that Harding surrounded herself with morons and when you listen to them talk about “the incident” it will make you chuckle and give you a headache at the same time.

As nutty as the story is, the entire film works because of the cast. Margot Robbie is sensational and somewhat believable as Harding, but it’s the supporting cast that really makes this film tick. Allison Janney as the chain-smoking mother from hell gives one of her finest performances and pretty much steals the film. It should garner her a Golden Globe or Oscar when it’s all said and done. 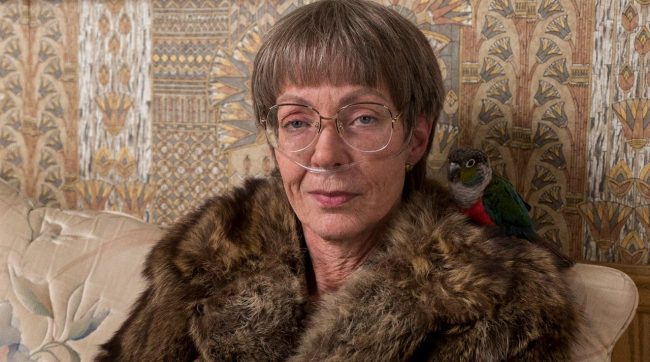 I, Tonya doesn’t go so far as to vindicate Tonya, but it strongly suggests that she is a product of an especially monstrous environment, and Janney’s interpretation of that environment is both comic and horrifying at the same time.

This film will not provide you with any deeper understanding of the story nor will it give you much more insight as far as her rivalry with Nancy Kerrigan, but what it does so well is make you laugh while feeling empathy. The poor girl never had a chance and although she was responsible for her own self-destruction, you recognize early on that even getting to a skating rink and competing was an absolute miracle.

It may not have been the storybook ending we saw with Nancy Kerrigan, but somehow the tragic tale of Tonya Harding is far more satisfying in a sick and twisted way.

This is a delightful film and could be a dark horse come awards season. It opened in the States on limited release but is now available here in Canada. Go and see it.