Get ready to swoon.

Teen romance blossoms in the sweet drama Everything, Everything, based on the 2015 novel of the same name by Nicola Yoon.

Amandla Stenberg – grown up since playing Rue in The Hunger Games – stars as Maddy, a young girl suffering from Severe Combined Immune Deficiency (which bears the unfortunate acronym S.C.I.D.) who is confined to her home because she’s basically allergic to everything.

Maddy’s life plays out sort of like Rapunzel; she pretty much spends her days doing the same mundane activities and health regiments over and over again, while daydreaming about the world outside her hermetically-sealed domicile.

All that changes one day, when a cute boy (Jurassic World’s Nick Robinson) named Olly moves in next door and the pair strike up a rather unconventional friendship.

Because she can’t go outside, they are forced to communicate via texting while exchanging longing looks through their windows.

Director Stella Meghie dispenses with the formulaic on-screen graphics approach to illustrate their digital messaging in favour of ‘imagination’ sequences where the two teens talk face to face. These scenes offer an innovative approach to otherwise stale plot development and provide an avenue for the actors to build physical chemistry.

As time passes, clunky foreshadowing suggests there may be more to Maddy’s mysterious story. Her overprotective mother (Anika Noni Rose), who lost her husband and son in a car accident years earlier, disapproves of her sole surviving child’s newfound socializing. The teen even begins to suspect she may not be that sick after all.

These events culminate when she makes a break for freedom and hightails it to Maui with her new beau, much to the chagrin of mom. 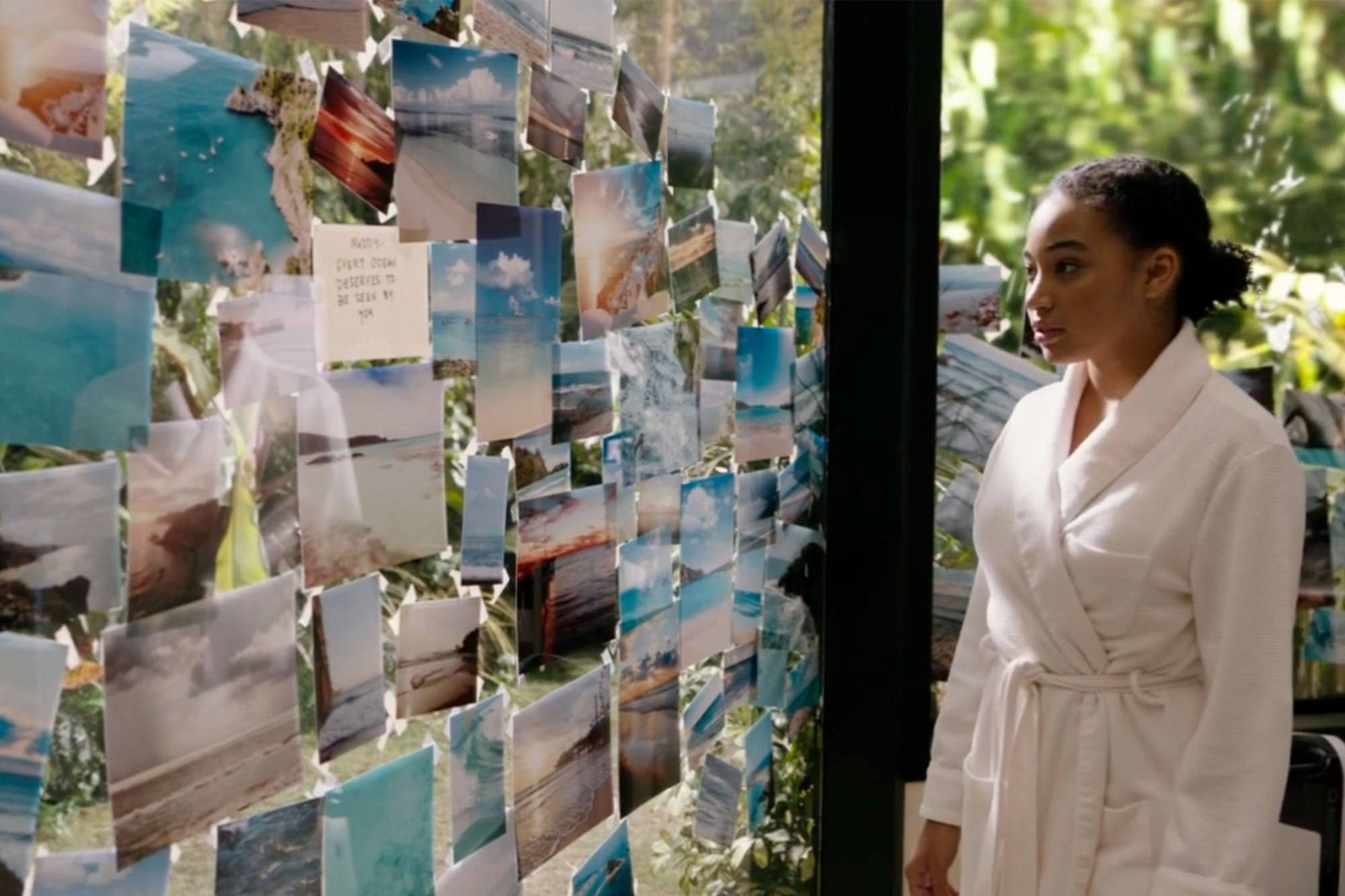 Let’s be clear, Everything, Everything is really cheesy. But, it’s also very endearing.

On-screen romances are nothing without chemistry; thankfully, Stenberg and Robinson have it in spades. She has turned into a sensational actress with real charisma and a striking presence. Robinson, meanwhile, is enjoying a substantial rise to fame and seems poised to become a genuine Hollywood heartthrob.

The two stars eloquently turn the sometimes cringeworthy dialogue into a palpable romance that is sure to give you all the feels. Their performances, along with J. Mills Goodloe’s adapted script, capture the essence of young love remarkably well; everything from the dizzying highs to the awkward lows is captured with surprising detail.

For a film that starts out so strong, the drama suffers near the conclusion from a rushed ending, as if producers were bent on keeping its brisk 96-minute runtime. We learn much about Maddy’s sequestered life but barely get a glimpse of Olly’s struggles at home. His issues are hinted at during brief scenes but are too fleeting to effectively justify the character’s eventual actions.

Everything, Everything doesn’t necessarily add anything groundbreaking to the genre. However, it paints a sometimes lovely picture of a budding relationship between a couple kids coping with the confusion and stress that comes with growing up. 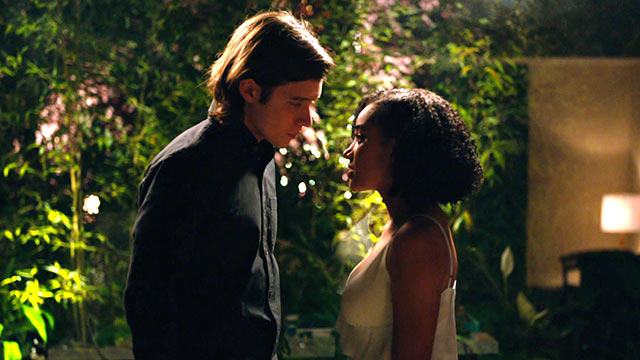 Meghie clearly has a strong grasp of storytelling and the movie’s more imaginative moments are a refreshing surprise that elevate the saccharine story. Technically, some tight editing from Nancy Richardson helps keep the narrative momentum rolling. In addition, Igor Jadue-Lillo’s luminous cinematography gives each scene a gorgeous glow.

The flick will induce serious eye-rolling among certain audiences, but it should hit the mark with the young crowd.

At first glance, the film may seem like yet another sentimental teen romance. Yet, under the clichéd conversations and blatant plot twists lies an admirably-crafted love story grounded by two captivating performances.

Be sure to bring the tissues and file this one under ‘guilty pleasure’.

Everything, Everything is sappy but sweet and deserves 3 out of 5 tear-soaked pieces of popcorn.

Playing at a theatre near you. Rated PG and is 96 minutes long.