Bad Moms seemingly came out of nowhere last year and quickly became an unexpected hit at the box office, garnering over $180 million worldwide on a $20 million budget. It doesn’t take a mathematical wizard to see the prospect of a sequel was inevitable.

So now we’re left to clean up the raunchy cinematic mess that is A Bad Moms Christmas. The premise is the tedious ‘stressed out at the holidays’ framing with a maniacal maternal theme. The problem, echoing the issue with the original outing, is that things never get unhinged enough to attain comedy gold. 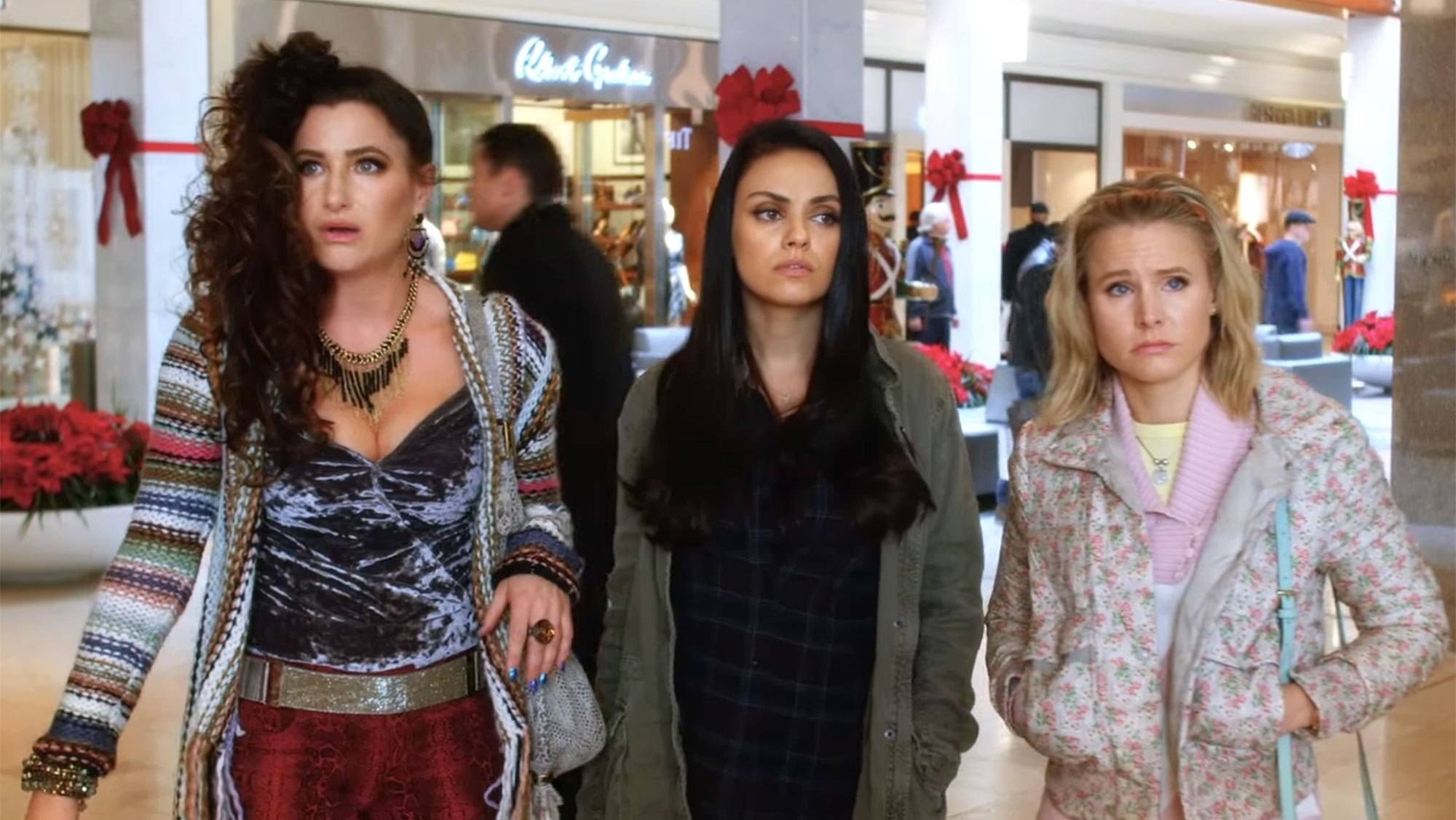 For starters, if you missed Bad Moms don’t worry because, aside from the returning main cast members, there are virtually no references to the first movie here. Mila Kunis, Kristen Bell, and Kathryn Hahn are back and this time we get to watch their shenanigans just days before Christmas. The twist – their mothers all drop in for some holiday fun; unfortunately the fun is sporadic at best.

Susan Sarandon, Christine Baranski, and Curb Your Enthusiasm’s Cheryl Hines play the elder moms respectively. Just like the trio of returning leads, these three women have moments of greatness sprinkled into an otherwise forgettable romp.

The veteran ladies bring a tremendous amount of talent to the table – Baranski, in particular, is excellent as Kunis’ overbearing matriarch who constantly showers her grandkids with gifts – but their skills are essentially wasted on a lame script. 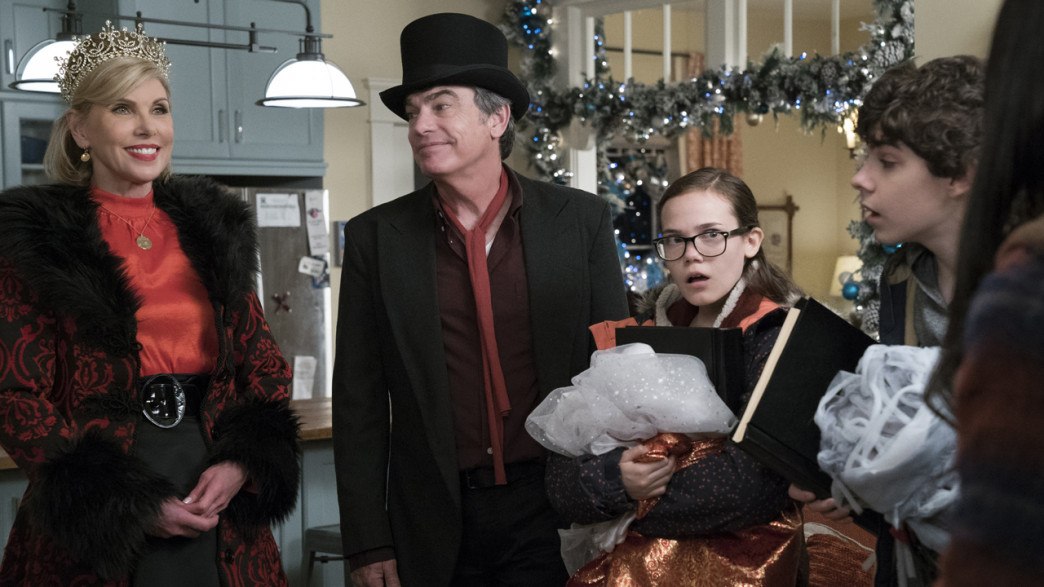 The movie is full of mediocre and, frankly, unoriginal comedy. A sequence of the entire gang enjoying a spirited match of dodgeball trots out the predictable slo-mo gags. The jokes are often wildly inconsistent, toggling between lame physical humour and jarringly vulgar language. Kathryn Hahn lamenting having to wax yet another vagina at her spa job is funny for only so long.

To be fair though, some of the material does work. A budding romance between Hahn’s character and This Is Us star Justin Hartley is genuinely funny. He plays an exotic dancer who comes in for a wax treatment and she is more than happy to offer her services.

Another amusing bit involves Kristen Bell and Cheryl Hines in a therapy session with Wanda Sykes. Hines’ character is a tad obsessed with being involved in every aspect of her daughter’s life and the scene plays out relatively well. 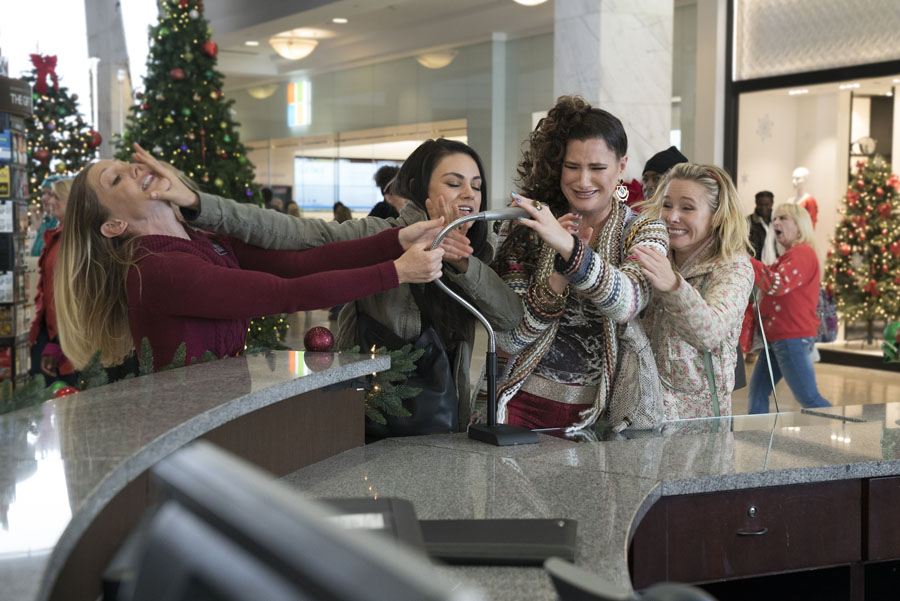 But, several decent moments aside, the movie eventually succumbs to the numerous problems that tend to plague comedy sequels. An unsurprisingly tiresome plot and an emphasis on genitalia jokes are the main culprits.

It could have been a non-stop laugh-fest but this comedy ultimately squanders a dynamite cast by relying on too many recycled gags and simply amounts to weak writing. The elements for hilarity are there on paper, it’s just a shame these great actresses are so underused in such a generic and lazy flick.

This is one early holiday gift you may want to leave unwrapped; A Bad Moms Christmas gets 2 out of 5 pieces of popcorn.

Playing at a theatre near you. Rated 14A and is 104 minutes long.