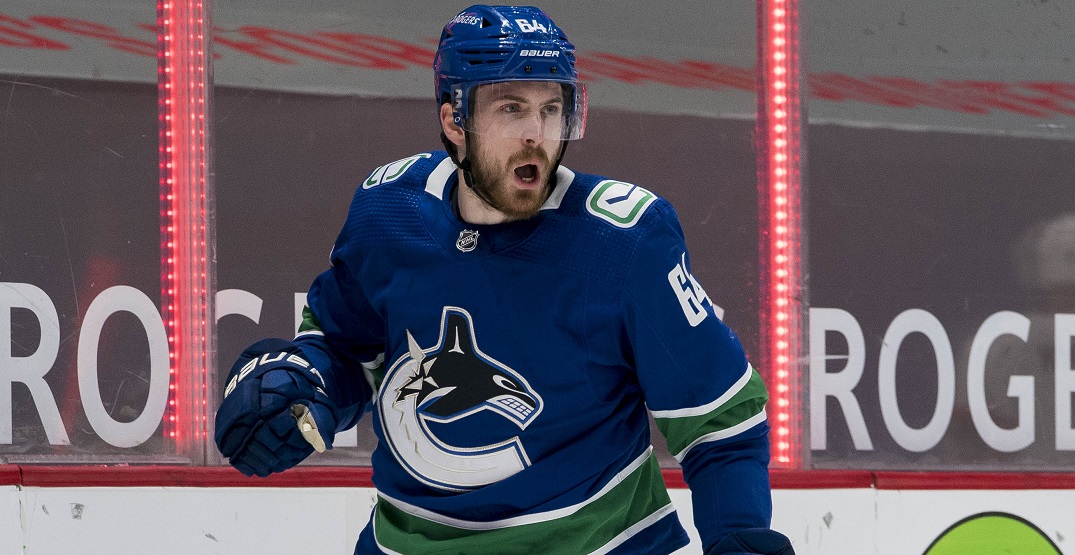 Tyler Motte officially returned to the Vancouver Canucks on Tuesday after missing the team’s first nine games of the season.

After joining the team for practice Monday, Motte provided an update about his offseason neck surgery.

Motte had been dealing with a bulging disk in his upper vertebrae and had a procedure done to help correct the chronic injury.

It’s unclear when Motte will return to the lineup, though it sounds like he’s scheduled to come off long-term injured reserve on Friday ahead of the team’s matchup with the Nashville Predators.

“I feel pretty good,” Motte said. “I won’t sit here and put a timeline on it for you. But we’ll see how [my neck] responds here. It’s not always up to me. Doctors, surgeons, all those people involved. But I’m physically and mentally getting to the point where I’m ready to play.”

Motte said the injury wasn’t caused by any specific play but rather “wear and tear” over time due to his physical playstyle. Motte has played 147 games over the last four seasons with the Canucks. He’s dished out 465 hits over that timeframe, putting up 21 goals and adding 14 assists.

Motte, who averaged 16:01 of ice time per game in 24 contests last season, said he’s looking forward to getting back to a more involved role with the team this year. He hasn’t played since an April 29 game against Toronto, missing the team’s final 12 games last year.

“You want to be as involved getting yourself ready to play,” Motte said. “But you also want to be a part of getting to know the group and understanding the camaraderie and the character and the culture that’s in the room. And it’s hard to do when you’re kind of at an arm’s length.”

The Canucks, who currently sit in eighth place in the Pacific Division, continue their schedule tomorrow night with a 7 pm PT home game against the New York Rangers.