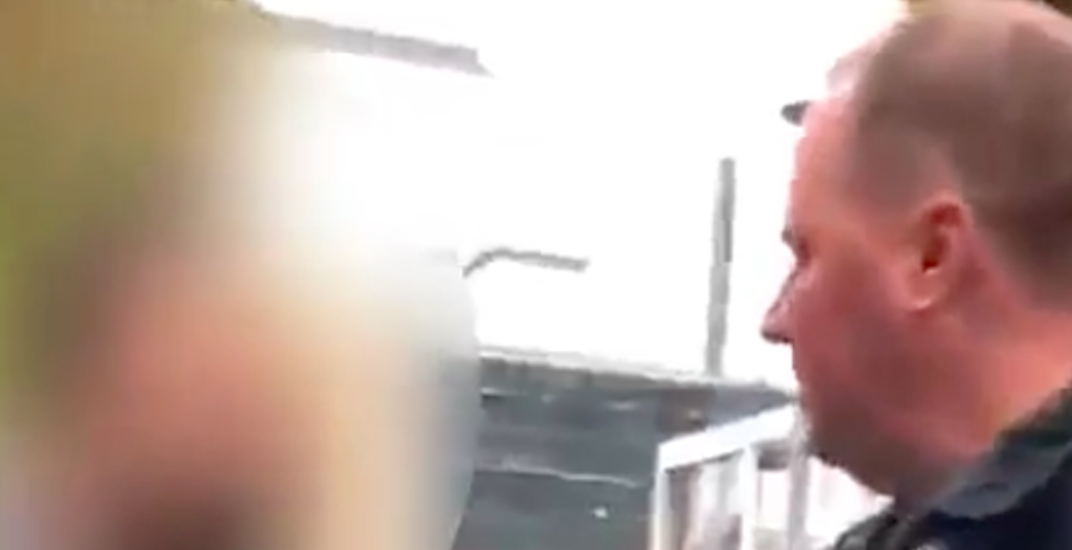 The man hurled insults at a VPD officer. (Vimeo screencap)

Another video of a motorist hurling insults at a police officer has surfaced online. This time it’s a Vancouver Police Department officer who’s at the receiving end of the tirade.

The incident occurred on Monday morning, just before 11 am, after officers were were called to the area of Hamilton and West Georgia streets regarding a minor collision.

And that’s when things went south.

In the video, the motorist calls the VPD officer a “fat piece of sh*t” and “motherf**ker,” before telling the office he and his crew are, in fact, the victim in the situation.

When the officer tries to interject, the motorist responds “shut up, you fat f**k.”

He added that this is just another example of how challenging the job of a police officer can be.

Robillard noted that no one in the video was injured or in danger, and that the officer encouraged the driver to make a report with ICBC and then “disengaged” from the situation.

However, Robillard said, “the language and tone of the male in the footage was obstructive and threatening and could be considered a number of things including breach of the peace, causing a disturbance in a public place or assault.”

VPD will take all of the available information known to them at the time, and take appropriate actions to “resolve that particular situation,” he added.

In situations like these, “sometimes there is nothing to gain by continuing to deal with someone acting out like that,” Robillard said. “Even with our training in deescalating situations, it can be very challenging to be spoken to like that. At the end of the day our officers responded to a request for assistance and were there to help.”

The incident is the second time in the last few days where an officer has been at the receiving end of an abusive tirade.

This past Saturday, video of a Transit Police officer being verbally abused during a traffic stop in Surrey was captured on video as well.