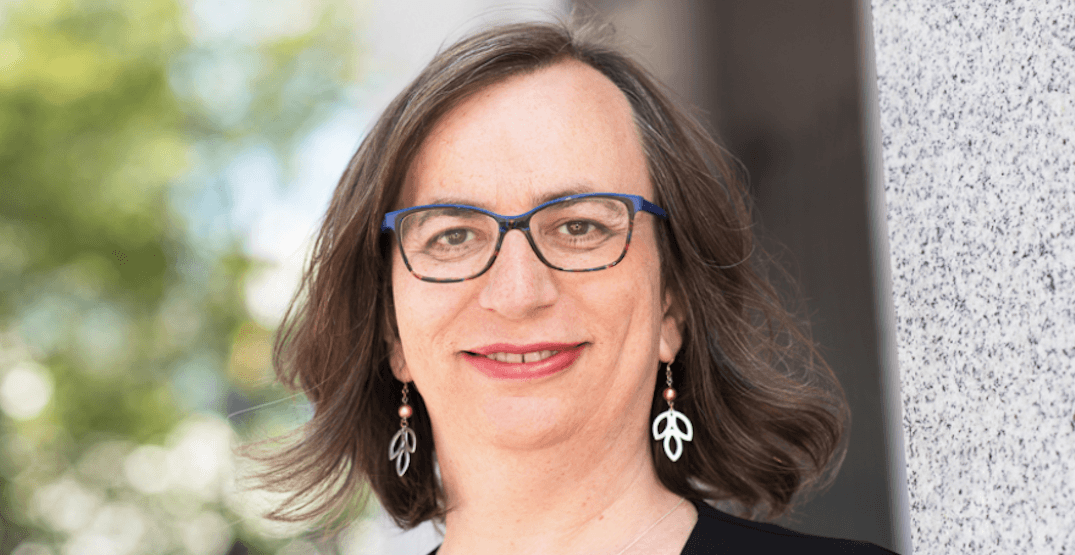 Calling it a “very exciting moment,” Morgane Oger announced this week that she plans to seek the federal NDP nomination for this year’s federal election in the riding of Vancouver-Centre.

Speaking to Daily Hive, Oger  explained the reasons behind the decision to put her name forward for nomination.

“Two things really pushed me,” she said. “One of them was watching extreme-right hateful sentiment increase in British Columbia and in Canada.”

A lot of this hateful sentiment, she furthered, “has been aimed at my community and me directly.”

Oger said she finds it troubling that not only does this sort of hatred exist, “but [that it] still shows its face today in 2019.”

The second thing that pushed her into running was watching how the Trans Mountain pipeline approval process has played out.

“The idea that they’ll do whatever it takes to get these things through, even though we all know it’s not the right way to do it,” she said.

Noting that she’s a commercial mariner who has worked part-time in the industry since the age of 16, Oger said it’s a “reckless” plan to increase tanker traffic in the Salish Sea, “considering we have no idea” how exactly a spill would be cleaned up, should one occur.

“We all know that skimmers won’t work in the Georgia Strait and so it’s a gigantic paper-pushing lie to help justify something that is deemed ‘best for industry,’ despite the fact we know an accident would be catastrophic,” she said.

If she secures the nomination, Oger would become Canada’s first transgender federal party nominee, a fact not lost on her, but not one she feels much desire to play up too much.

“To tell you the truth, I try not to talk about it,” she said. “I do acknowledge it that yes, if I was elected, I would be the first transgender politician and it would be a big deal. But the truth is, I’m not here for transgender people; I’m trying to represent my constituency, and the needs of the constituency are not always the same issues.”

Looking back at her previous 2017 election campaign, Oger said it was “striking that the word ‘transgendered’ came up in almost every article, and it was a bit tiring.”

Still, Oger said she appreciates “that it’s not necessarily all bad to remind people that it would be historic if I was elected.”

That being said, “sometimes all we talk about is the historic aspect of a candidacy, but we don’t talk about the substance enough, and the substance is what’s important,” she added. “It can be uncomfortable when everybody assumes I’m making a big deal out of being transgendered and therefore that’s all I’m talking about.”

Overall, Oger said she’s “proud of a number of things I’ve done in advocacy, and only some of those deal with transgender rights.”

And in announcing her plan to seek the nomination, Oger said her campaign revolves around three key platforms:

On her campaign website, Oger also outlines four questions she says she’ll ask before making  any decision, should she be elected:

Co-parenting two elementary-school-aged children in downtown Vancouver, Oger consults in the tech industry, and is the the founder and executive director of the Morgane Oger Foundation. She is also a founding member of the Law Union of BC. She currently serves as Vice-President of the BC NDP.

She previously ran as the BC NDP candidate for Vancouver-False Creek in the 2017 provincial election.

Oger is seeking the federal nomination against Metis lawyer Breen Ouellette, and actor David Jones. Should Oger win, she would be running against Liberal MP Hedy Fry, who has held the Vancouver-Centre riding since 1993.

“I really encourage everyone to vote in this election,” she said.

The NDP nomination vote takes place at Roundhouse Community Centre on Sunday, July 28. It is open to everyone who was a member of the constituency association as of 28 June, 2018.