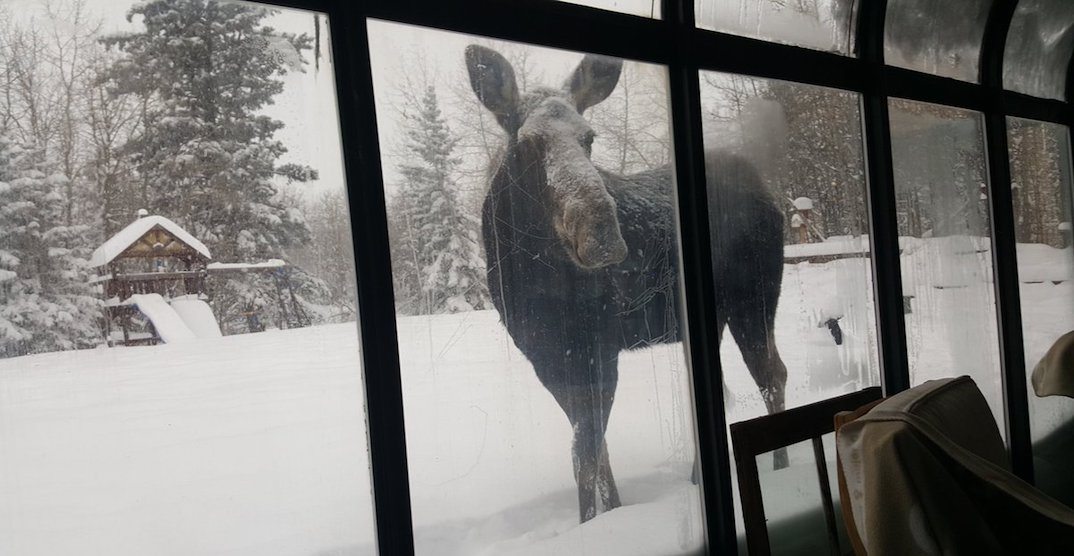 A moose photographed by Sandra Forbes on February 8/Twitter

March began with a cold snap in Alberta, so cold that even moose wanted in.

Environment Canada issued several snowfall warning for in southern Alberta last week, including several for Calgary as 10 to 20 cm of snow was expected to fall.

And after the Friday’s snow, Bearspaw resident Sandra Forbes shared a very Canadian video. In a tweet, Forbes showed a moose standing at her door, so naturally she starts to chat with it.

“Is it too much snow this morning for you?” she asks. The moose looks out to the snow covering the lawn, almost in contemplation, before Forbes says, “yeh, me too.”

Forbes often shares photos of wild life in her neighbourhood. In a tweet, she also said that the moose visits her frequently.

“She does come often I have a heated water tun that she likes to drink from. And she is a little intimidating, I don’t step beyond my kitchen door,” Forbes said.