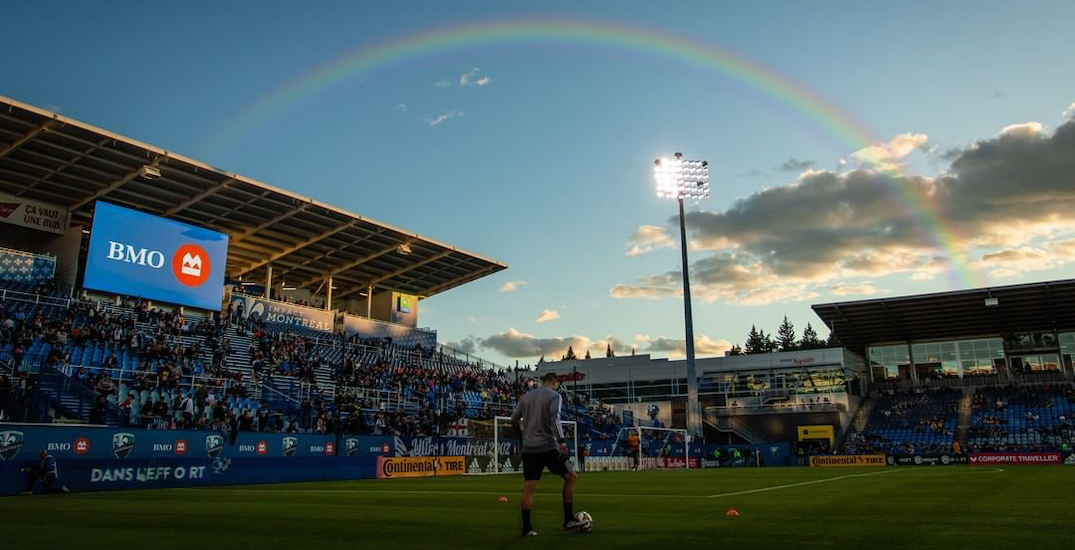 Fans will be allowed to attend a live soccer match in Montreal next week, becoming the first in Canada to do so.

The Montreal Impact announced on Thursday that its home turf, Saputo Stadium, will host spectators, becoming the first Canadian pro sports team to do since the ongoing COVID-19 pandemic halted fans from watching live sports.

Due to regulations from Quebec’s public health authorities, the maximum number of fans cannot exceed 250 people in the over 20,000-seat stadium.

The Impact will take on the Vancouver Whitecaps FC on Tuesday, August 25, at 8 pm ET as part of their first game with fans at Stade Saputo before hosting the Toronto FC on Friday, August 28, at 8 pm ET.

Sanitary measures will be put in place throughout the stadium in order to help prevent the spread of the virus. Fans who don’t live together must respect the two-metre physical distancing guidelines, masks will be mandatory for spectators aged 10 and up, and protective gear will be worn by staff.

Sanitization stations and protective panels will also be put up throughout Saputo Stadium.

Fans will also be subject to temperature checks upon arrival and cash transactions will not be accepted.

“We are very happy to welcome fans for the resumption of the season at Stade Saputo. We can’t wait to see supporters at the stadium,” said President and CEO of the Montreal Impact Kevin Gilmore. “We would have liked to return to the stadium with full capacity, but the persisting situation has dictated otherwise. Taking that into consideration while also consulting public authorities, we have made a commitment to being one of the safest forms of entertainment in Montreal, because we want our supporters to feel comfortable being here.”

Other professional sports that have rebooted since the hiatus have been playing in empty stadiums and arenas throughout the NHL, MLB, and NBA.

The Impact’s decision to host fans is significant considering other MLS games, including this weekend’s Canadian matchup between the Toronto FC and Whitecaps will be played without fans.