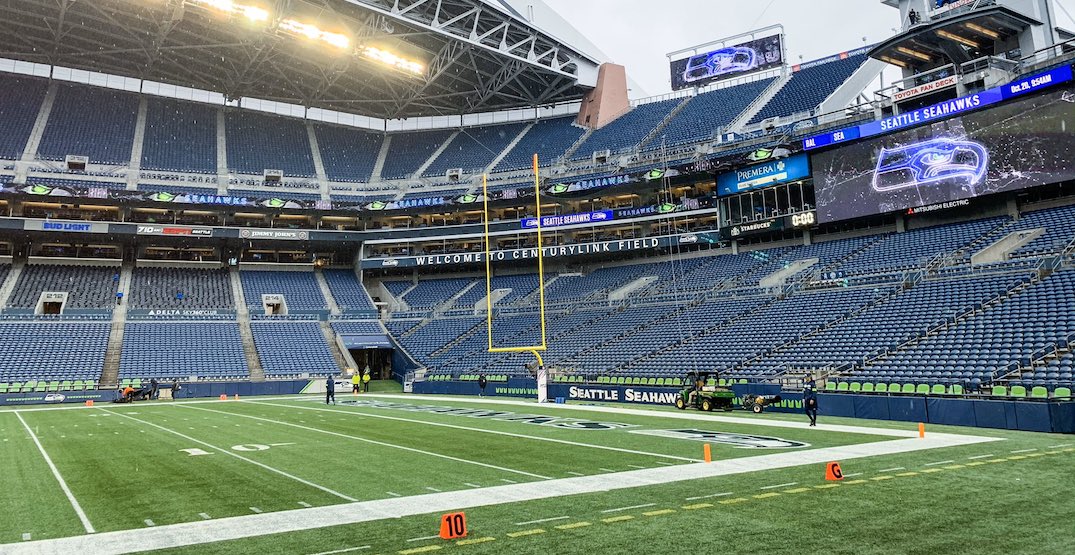 The Seattle Seahawks will be playing their first three home games without fans in attendance. Home games against the New England Patriots (September 20), Dallas Cowboys (September 27), and Minnesota Vikings (October 11) will be played in an empty CenturyLink Field, with decisions on future games to come at a later date.

The Seahawks announced they are “hopeful that conditions will improve as the season moves forward” and they “will continue to follow the lead of public health and government officials to make future decisions about having fans in attendance.”

We have made the difficult decision to play at least our first three home games without fans in attendance.

While the NBA, NHL, and MLB have returned to play without fans in attendance, some NFL teams have announced plans to play games with fans at their stadiums, but at reduced capacity.

According to ESPN, the Baltimore Ravens are capping capacity at 7,500 fans, while the Miami Dolphins, Los Angeles Chargers, and Los Angeles Rams will play in front of 15,000 fans at their home stadiums. The Kansas City Chiefs will welcome 16,000 fans to each of their home games, while the Indianapolis Colts and Jacksonville Jaguars plan to cap capacity at 25%.

The Cincinnati Bengals, Pittsburgh Steelers, Minnesota Vikings, Atlanta Falcons, Denver Broncos, and Dallas Cowboys have been vague in their responses to ESPN, noting that they would have “greatly reduced” seating without revealing an exact number.

Both the Cleveland Browns and Carolina Panthers are expected to cap their stadium seating at 20,000 fans.