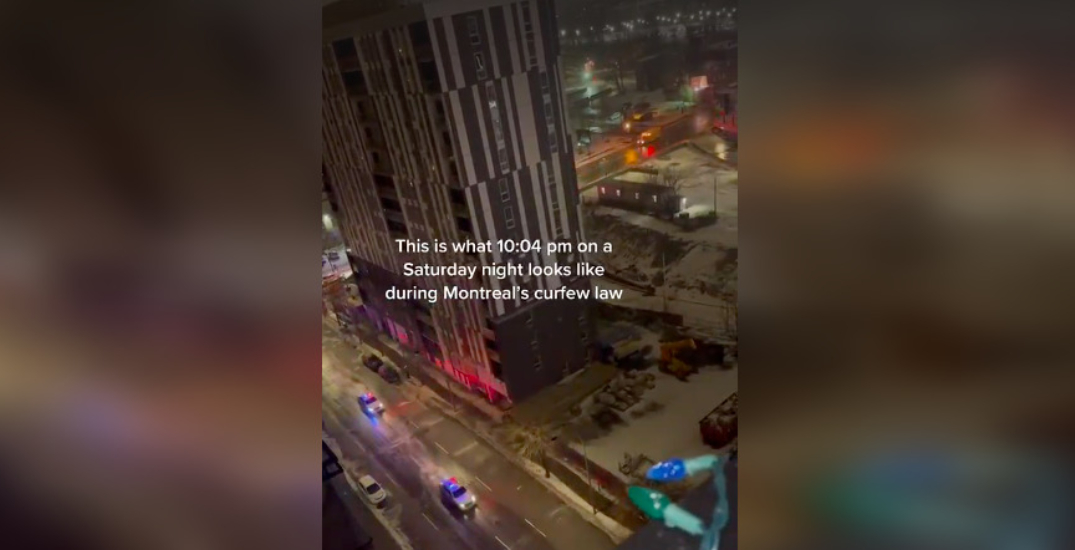 The extent of police presence in Montreal during the curfew has been shared in a viral TikTok.

“This is what 10:04 pm on a Saturday looks like during Montreal’s curfew,” reads the video.

TikToker Sandy Filippone captioned the video, “it’s an embarrassment being a Quebecer these days,” before using the hashtag #prisoner and #wtfmtl.

“Imagine if we had this same energy for finding missing girls or giving the Indigenous clean drinking water,” reads the video’s pinned comment.

One commentator says it’s “embarrassing to be Canadian these days,” and another TikToker asked if “COVID-19 is only contagious after 10 pm?”

Daily Hive reached out to the SPVM to understand which tactics the police force uses to enforce the nightly curfew. This article will be updated when the SPVM responds to our request.

The Quebec government says people who do not obey the curfew could face fines ranging from $1,000 to $5,000.