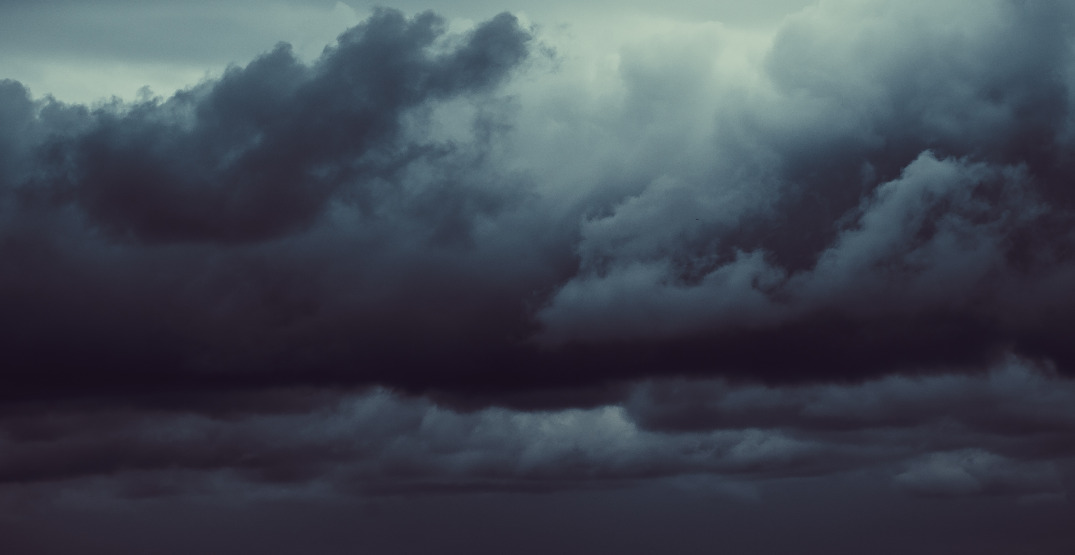 Parts of Metro Vancouver and the Fraser Valley could see some stormy weather on Friday and Saturday, with upwards of 80 mm of rain and strong winds that could reach up to 80 km/h.

Environment Canada released a special weather statement on Wednesday evening suggesting that parts of Whistler, Allison Pass, and the Coquihalla Summit could see up to 25 cm of snow.

The warning is due to a moist Pacific frontal system that is set to hit BC’s southern coast on Friday morning.

The special weather statement from Environment Canada is in effect for the following regions:

Parts of Howe Sound and surrounding highway routes, including Highway 3, 5, and the Sea to Sky, could also be impacted.

Expected rainfall amounts range between 40 and 80 mm, while the areas surrounding Whistler could see between 15 and 25 cm of snow.

The strongest winds are expected to hit the areas along the Strait of Georgia overnight Friday into early Saturday morning.

Weather conditions are expected to ease late on Saturday for most of Metro Vancouver.