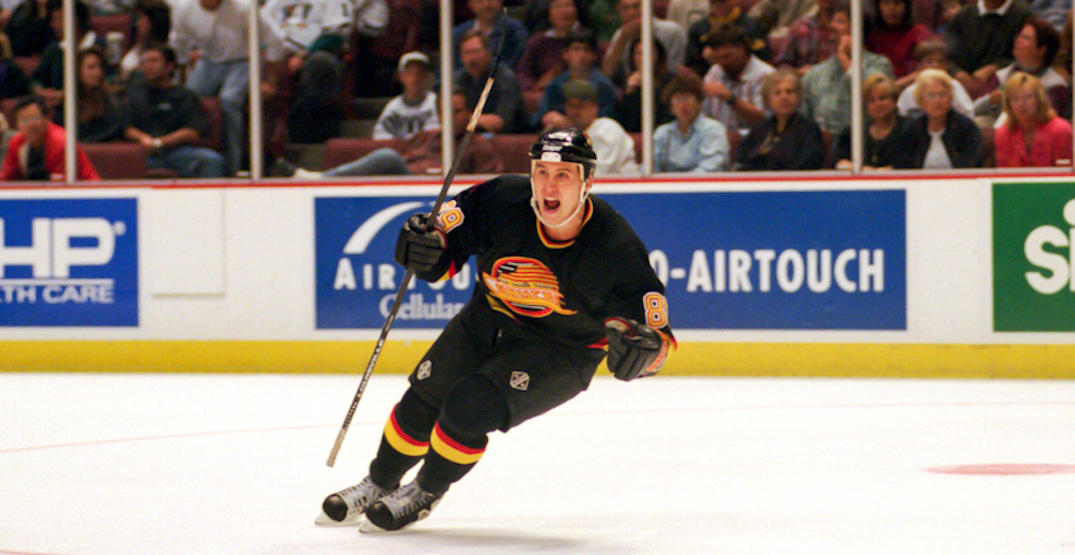 Now that the Sedin twins and Roberto Luongo have been elected, we’re left to wonder: Who is the next Vancouver Canuck to get into the Hockey Hall of Fame?

As Jeff Paterson said to me yesterday when I popped that question: “Has he been drafted yet? Has he been born yet?”

Part of the answer depends on who you consider a Canuck.

Is Alex Mogilny a Canuck? He played 312 games for Vancouver over five seasons, and 381 for the Buffalo Sabres over six campaigns.

Think there’s enough of a body of work there with the Canucks, and not enough discernible identification with another team for him to qualify.

There are many who believe that the first Soviet player to defect is deserving given he was more than a point-per-game player over his career, broke the 1,000-point threshold and won a Stanley Cup in New Jersey.

He’s the odds on favourite.

As for next up, Elias Pettersson has an NHL trophy, the Calder Award for top rookie, which may put him slightly ahead of Quinn Hughes amongst active Canucks. But the competition among forwards is fierce — 60-some point seasons won’t get it done — and I suspect that Hughes will have the upper-hand in time.

That said, both are miles away from the Hall. We are, admittedly, projecting a long way out here.

If Hughes keeps this up, he’s about 1/4 or 1/5 of the way to the Hall. He’s at 165 points now. The top-scoring defencemen who are not currently enshrined are Gary Suter at 844 points and Sergei Gonchar, at 811, both of whom may very well get in soon.

Steve Duchesne at 752 points is probably the highest-scoring defenceman who won’t get in.

So those are the rough target for Hughes points-wise, but he’ll also be judged against his peer group and needless to say there will be many current defencemen that will eventually take their honoured place in the Hall.

Zdeno Chara, Brent Burns, Erik Karlsson, Duncan Keith, Victor Hedman… and this is the list of guys with ample NHL service time. It doesn’t include the Cale Makars and Adam Foxes of the world, that younger breed of defencemen that Hughes will be compared to throughout his career.