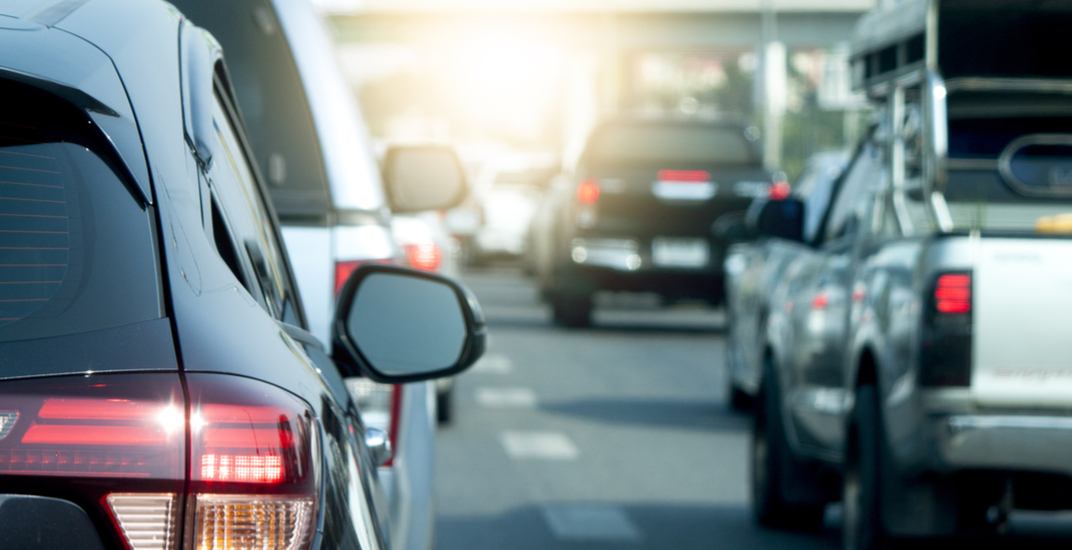 Traffic congestion is “one of the biggest problems” in Metro Vancouver, and now, a commission on mobility road pricing has launched a new public engagement and research project in a step towards finding a solution.

The project, known as It’s Time, will study “decongestion charging” – which is used in many cities around the world  –and how it could work in Metro Vancouver. Plans to launch a commission to examine the options were first announced in June.

“It’s time to have a conversation about new ways of approaching this issue, and our research shows Metro Vancouver residents are open to new ideas,” said Allan Seckel, Chair of the Mobility Pricing Independent Commission in a statement.” The fact is, we already pay some forms of mobility pricing – such as gas taxes or transit fares.”

But, he added, those charges aren’t always applied “in a fair and strategic way to help reduce congestion on our roads.”

The public engagement program starts today, October 26, and wraps up in spring 2018, when the Commission will submit a report on its findings to the TransLink Board of Directors and the Mayors’ Council on Regional Transportation.

“Metro Vancouver will welcome more than one million new residents over the next 28 years,” said Joy MacPhail, Vice Chair of the Mobility Pricing Independent Commission.

“It’s time for all of us who care about the future of our region to get involved and have a say in how we keep people and goods moving.”

9 out of 10 residents “frustrated” with current situation

The project is a timely one as well.

A recent, regionally-conducted Ipsos poll found, among other things, that nine out of 10 drivers are frustrated with traffic delays caused by high volumes.

In addition, many also said that trip-planning can be tricky, with 80% of respondents expressing frustration with the  unpredictability of travel times. Going even further, 81% of people said transportation delays cause them lost time every week.

Overall, the survey found the majority of Metro Vancouver residents are either supportive or neutral on the idea of introducing new forms of mobility pricing.

Those interested in receiving updates on the commission’s work can do so by signing up online.