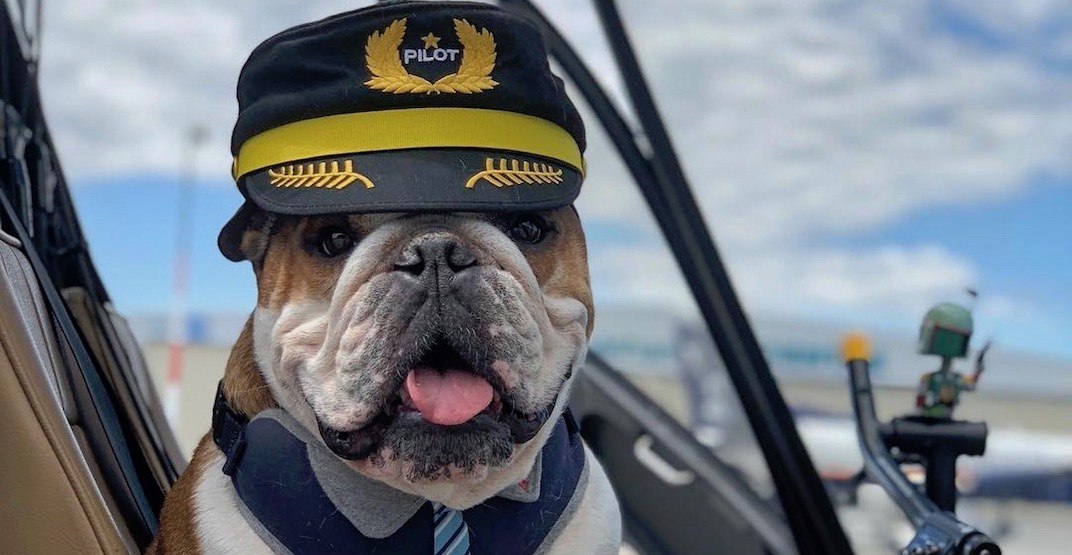 We thought it was a big deal when Riverdale star Cole Sprouse took a sky-high ride with Vancouver’s most famous dog, Mister Bentley, but the 6-year-old English bulldog just took his Insta-fame to a whole new level.

Instagram – yes, the official Instagram account of our favourite social media app – just posted a video of Mister Bentley enjoy a helicopter ride in the skies above his home, Vancouver, British Columbia.

The adorable photo was posted as a part of Instagram’s #WeeklyFluff photo series, and Bentley was even showcased on the app’s new feature, IGTV.

Gathering close to half a million views in under one hour, it’s clear the world’s got some serious love for this Vancouver pup (or at least Instagram’s 240 million followers do).

Looks like the sky is the limit for this Insta-famous pooch, in more ways than one!