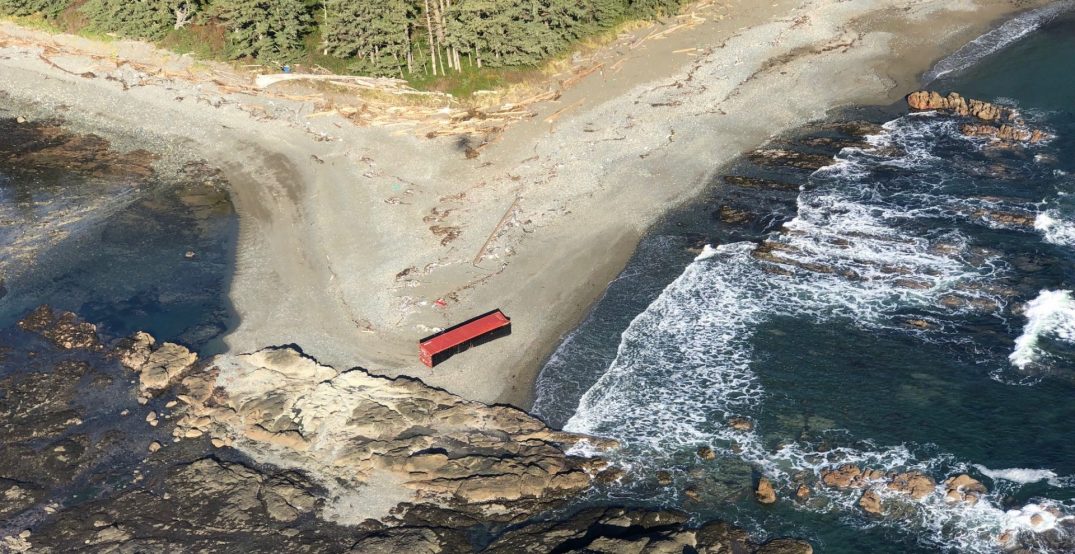 More than 100 containers are still missing in BC waters after they were tossed from a shipping vessel in October.

On Friday, November 5, Unified Command’s update on the M/V Zim Kingston confirmed that there “has been no sign of the other 105 containers” that fell off the vessel in October.

The located containers will be removed soon, with crews expected to cut up the containers to prepare them for removal by helicopter.

Unified Command said they’re working with the owner of the MV Zim Kingston to clean up and remove containers and debris from the vessel.

Crews already worked to remove 71 refrigerators, 81 bags of Styrofoam, 19 bags of garbage, and 11 helicopter bags of garbage off Cape Palmerston beach on November 1.

Crews will begin removing debris from Guise Bay at Cape Scott, as weather allows. The Incident Command Post is continuing the search for more containers. The initial four containers will soon be removed from the beach via helicopter. pic.twitter.com/oyc6ONAlVT

Now, clean-up efforts have been hampered by storm force winds. The owner of the vessel has hired contractors and clean up crews will be deployed to affected areas as soon as the weather permits.

On November 4, a Coast Guard helicopter flew over the north coast of the island and reported that containers on Shuttleworth Bight and Sea Otter Cove had ruptured, spilling debris on the beaches.

Both First Nations and the Canadian Coast Guard are monitoring shorelines and found areas on the northern end of Vancouver Island with more debris.

The container ship was en route to Vancouver from South Korea when it lost containers at sea and had a fire onboard. Crews put out the fire and Transport Canada has cleared the vessel to go to a berth or anchorage under the Nanaimo or Vancouver Fraser Port authorities.

Orca has learned that an anxiously awaited shipment of books was among the cargo onboard the MV Zim Kingston which caught on fire recently off the coast of Victoria.

We are waiting to learn the status of the 15,000 books onboard the vessel.https://t.co/VeCteZb0OZ

Victoria-based Orca Book Publishers said they’re facing the loss of up to 15,000 books as a result of the M/V Kingston incident.

“It is unknown if the books were destroyed in the fire, have been lost in the waters, or are still on the vessel and may be offloaded in the future,” the company wrote in an update.

“This was a surprising development that certainly caught us off-guard,” said publisher Andrew Wooldridge.