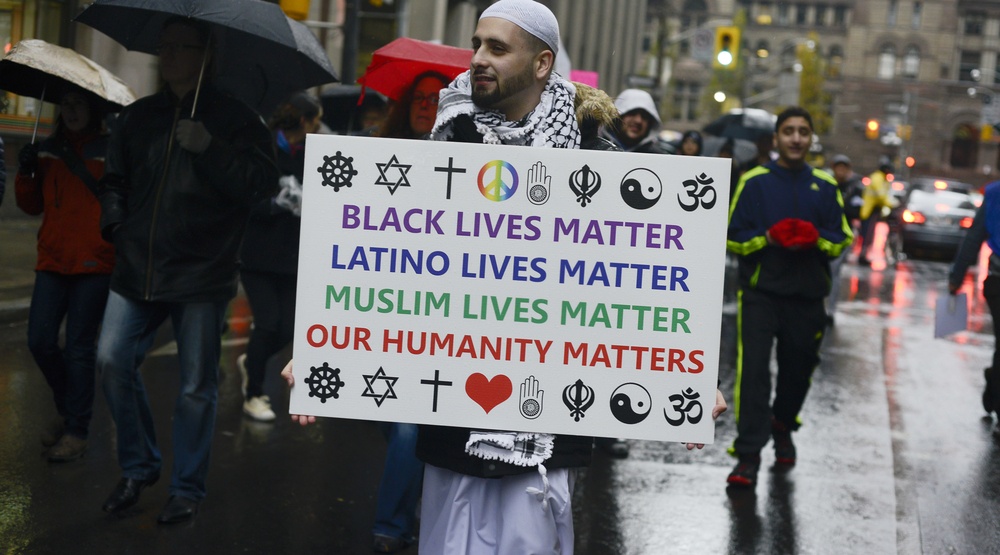 A study out of the Angus Reid Institute today has found that younger Canadians are more favourable towards non-Judeo-Christian religions than their older compatriots.

The study surveyed 1,515 Canadians across all provinces and asked about how favourable they were towards each religion (Islam, Sikhism, Hinduism, Judaism, Buddhism, and Christianity), the acceptability of religious clothing and symbols in public, and of having their children marry a person of a differing religion.

Canadians in the 35–54 age range were the least favourable towards all religions other than Christianity, whereas the 18–34 demographic were generally more accepting than those in older age brackets.

The gap grew when marriage came into the picture.

Nearly one third (62%) of respondents aged 18–24 said it would be acceptable for their children to marry a follower of Islam, that’s more than double the the number of respondents in the 65+ group (30%).

The correlations between younger people and acceptance of non-Judeo-Christian religions was further shown when looking at religions symbols and clothing. Indeed, a steady increase in opposition against certain religious symbols being worn in public is seen alongside older age.

The public display of a crucifix was supported by 90%, the Star of David by 87%, and a turban by 77% of all respondents.