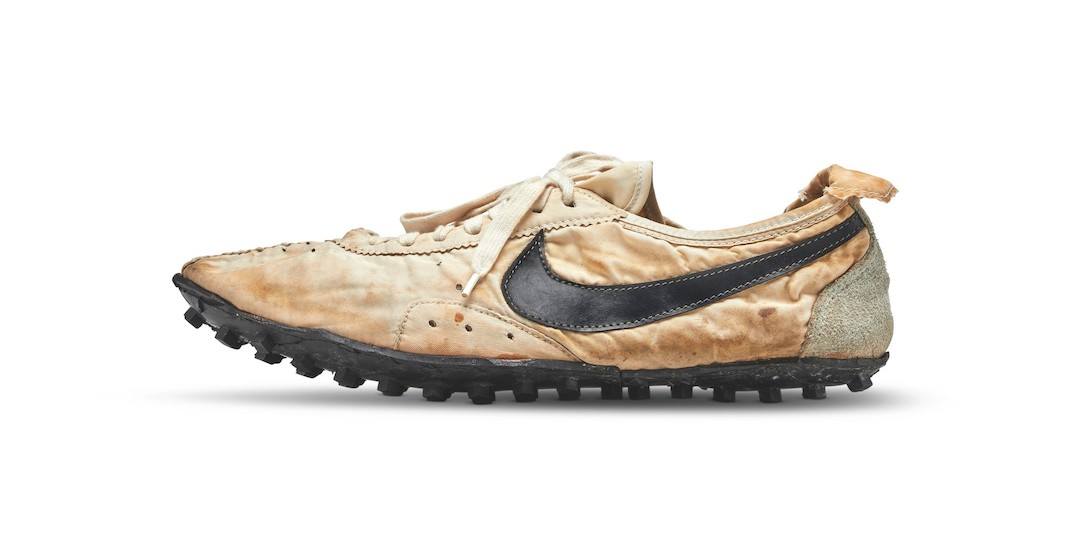 Sneaker history has been made.

The rarest pair of Nike running shoes in existence, not to mention one of “the most significant artifacts” in the history of the multi-billion-dollar brand has just been sold.

And it was purchased by a fellow Canadian.

Toronto investor and philanthropist Miles Nadal purchased Nike’s historic 1972 ‘Moon Shoe’ at a public Sotheby’s auction for a cool USD $437,500 or roughly over $575,000 CAD on Tuesday.

The sale of the Moon Shoe set a world record for the most expensive sneakers ever sold at an auction, shattering the previous world auction record set in 2017 when a pair of signed Converse that Michael Jordan wore in the 1984 Olympic basketball final sold for USD $190,373, according to reports.

I’m incredibly proud to have sold the most expensive pair of sneakers of all time! pic.twitter.com/ddOIQUa3qB

The Moon Shoe was one of the first pairs of sneakers designed by Nike co-founder and track coach Bill Bowerman for runners during the 1972 Olympic trials, according to Sotheby’s.

Bowerman was inspired to create the waffle sole traction pattern for the running shoes by experimenting with his wife’s waffle iron, pouring rubber into the mould to create the first prototype of the sole, Sotheby’s said.

According to the New York auction giant, this is one of only a handful of pairs is known to exist, making this a remarkable investment for Nadal. 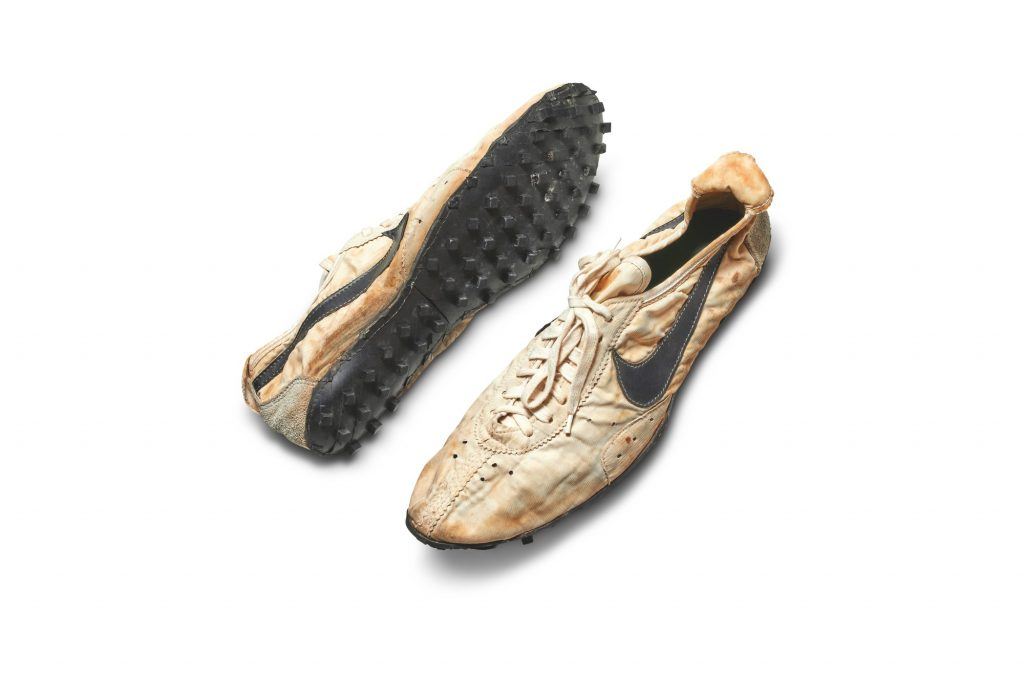 According to Sotheby’s, the Moon Shoe got its name from the resemblance between the impression that the waffle pattern left in dirt and the famous tracks left on the moon by astronauts in 1969.

Each pair of runners was hand-cobbled by one of Nike’s first employees, Geoff Hollister, and due to the handmade quality, each pair is irregular and one of a kind.

Only about 12 pairs of the Moon Shoes were created, according to Sotheby’s, and less than that still remain today. This pair sold is the only pair known to exist in unworn, deadstock condition.

Earlier this month, Nadal purchased 99 other pairs of rare sneakers from Sotheby’s in a private sale for USD $850,000 (roughly $1.1 million Canadian), as part of his “newfound passion for sneakers.”