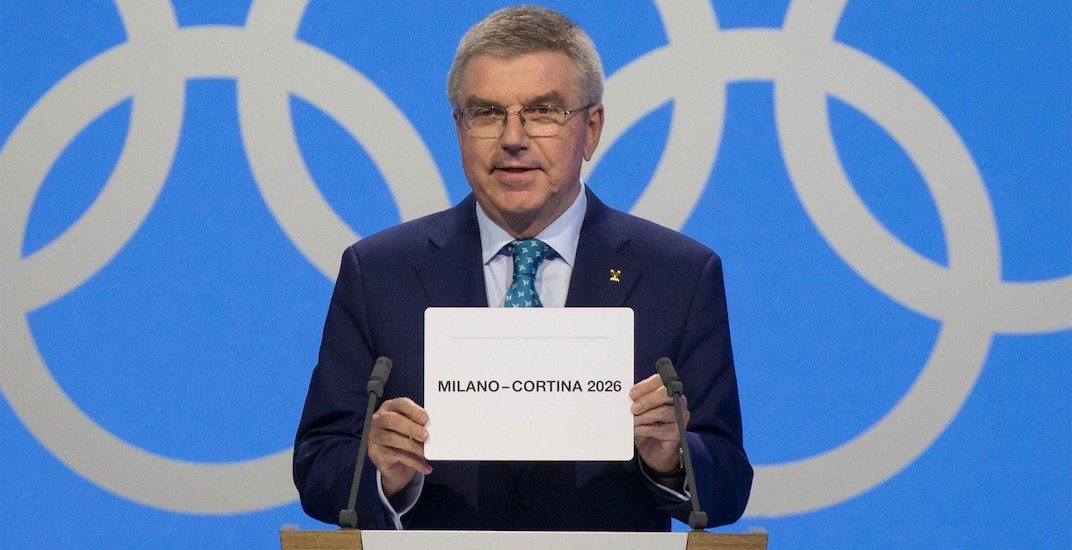 The 2026 Winter Olympic Games have been awarded to Milan-Cortina, whose bid beat out Stockholm by a 47-34 vote by International Olympic Committee members Monday in Lausanne, Switzerland.

Just two bids were in the running, after Calgary pulled out of the race last year.

This will be the first time that Italy serves as hosts of the Games since the 2006 Turin Winter Olympics. It also marks the second time that Italian ski resort of Cortina D’Ampezzo, site of the 1956 Winter Games, will serve as Olympic host. Cortina is located about 400 kilometres away from Milan, in the Southern Alps.

Italy’s second largest city with a metro population of over eight million, Milan has never hosted the Olympic Games before.

“Congratulations to Milan-Cortina. We can look forward to outstanding and sustainable Olympic Winter Games in a traditional winter sports country,” said IOC President Thomas Bach. “The passion and knowledge of Italian fans, together with experienced venue operators, will create the perfect atmosphere for the best athletes in the world. The Olympic Winter Games Milan-Cortina 2026 will feature iconic venues and beautiful settings, combining the attractions of a modern European metropolis with a classic Alpine environment.”

Milan-Cortina 2026 promises to prioritize sustainability and legacy, as 13 of 14 facilities will be existing or temporary, according to the IOC.

The next five Olympic hosts are now set, with Tokyo hosting the Summer Games in 2020: