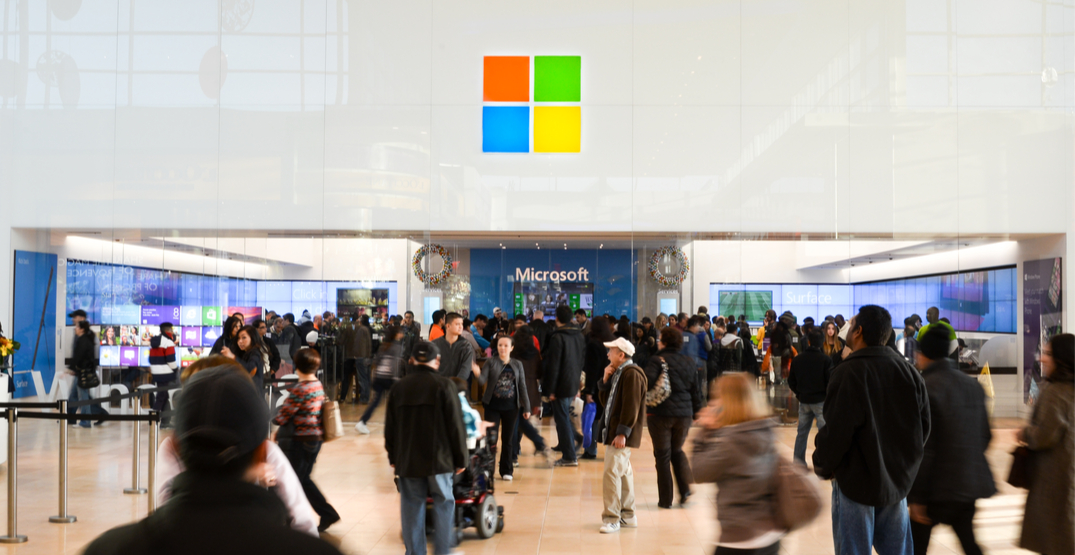 Microsoft announced on Friday that it will be adjusting its sales focus to online services, shutting down all of its physical retail spaces across the globe.

Currently, the company has major retail locations in many large cities and it has decided to shift its focus. While physical Microsoft Store shops will cease operation, the announcement says that retail employees will remain on the payroll, moving to remote online support for digital shoppers.

The move comes as most shopping continues to swerve into online environments, and Microsoft’s selection of goods and services is progressing alongside that change.

Prior to the coronavirus pandemic and subsequent economic shutdown, the Microsoft Store had multiple retail locations in major Canadian cities like Vancouver, Calgary, Edmonton, Toronto, Ottawa, Montreal, and Quebec City.

“Our sales have grown online as our product portfolio has evolved to largely digital offerings, and our talented team has proven success serving customers beyond any physical location,” said Microsoft Corporate Vice President David Porter. “We are grateful to our Microsoft Store customers and we look forward to continuing to serve them online and with our retail sales team at Microsoft corporate locations.”

According to the update, former physical location team members will be adapting to offer online services like 1on1 technical support, and more.

“With significant growth through its digital storefronts, including Microsoft.com, and stores on Xbox and Windows, the company will continue to invest in digital innovation across software and hardware,” reads the announcement. “New services include 1:1 video chat support, online tutorial videos, and virtual workshops with more digital solutions to come.”

The death of Microsoft Stores comes as a surprise, however, this isn’t the end for physical appearances from the tech giant. Developing a way to “serve all customers” Microsoft will be opening newly minted Microsoft Experience Centers in its London, New York City, Sydney, and Redmond campus locations. Presumably with more flagship centers to open around the globe in the near future.

As of now, there has been no information made public as to what these new Microsoft Experience Centers will feature or include.