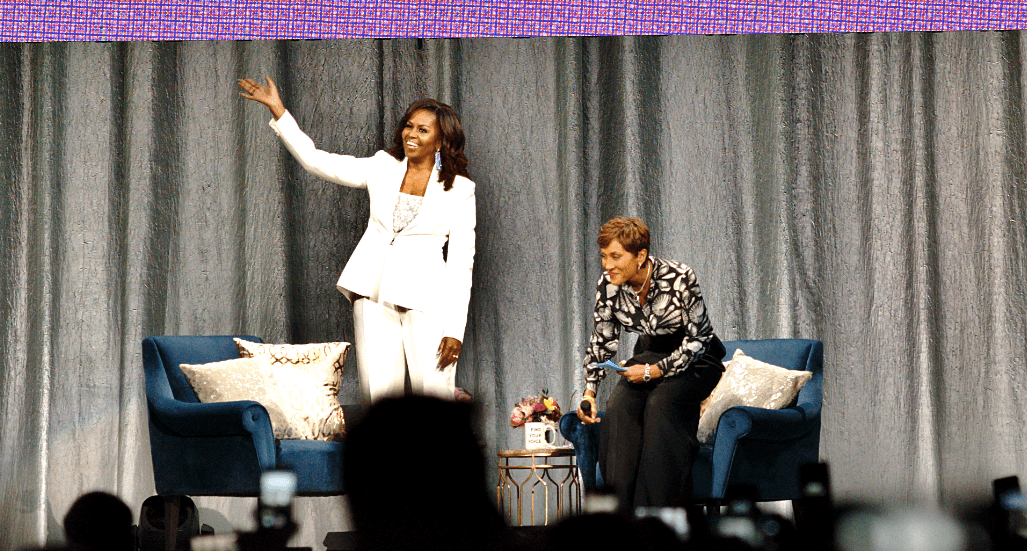 Hosted by the Vancouver Board of Trade in a ballroom at the Convention Centre, the hour-long fireside chat with Barack Obama focused on US-Canadian relations, climate change, and the current state of politics here and abroad.

But whereas the crowd for the former American President was made up primarily of business leaders, older white men and many, many people wearing suits, the attendees who paid to see the former First Lady of the United States were predominantly women. Excited women. Women of colour. Mothers and daughters, sisters, friends, grandmothers. Young and old. Women taking pictures with Michelle Obama cutouts. Women carrying her book. Women buying merch and Michelle Obama t-shirts. Teary-eyed women. Women EVERYWHERE. As one woman succinctly put it: “I feel like I’m at Lilith Fair.”

It’s part of the reason her raw and revealing #1 New York Times bestselling memoir, Becoming, and subsequent Becoming: An Intimate Conversation with Michelle Obama multi-city tour has been such a smash hit.  The FLOTUS motivates, captivates and inspires women in a way few others in history have — all with wit, humour and a good dose of inspirational platitudes.

Using her time in the White House to create a positive change for girls and women in the US and beyond, Michelle Obama has a brilliant of cutting through race, class and societal hierarchies to share the experience of what it is to be a woman in the 21st century.

Her conversation started with how growing up poor in a blue collar family shaped who she is today. From growing up on the south side of Chicago to becoming the first African American First Lady, and raising two “grounded” daughters under intense media scrutiny.

The 55-year-old says although her household growing up didn’t have a lot of money, it was full of love. She credits the power of love and consistency for giving her and her brother confidence — “It’s magical” — and challenged parents to do the same.

“We had two parents who thought we were brilliant and you don’t want to underestimate the power of being raised by people who love you so much,” she said. “I grew up knowing I was important and worth fighting for.” 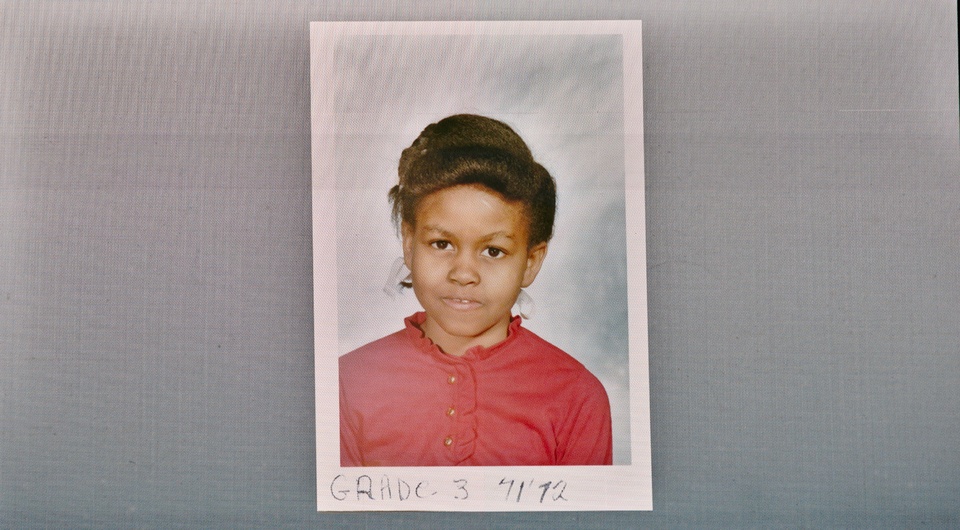 Her book — and stadium talk — discusses self doubt, not just what women create for themselves but also what others instil in you, whether intentional or not. She recalls a high school counsellor who told her she “wasn’t Ivy League material” (Obama went on to graduate with honours from Princeton).

She says every woman or person of colour will be told at some point in their lives not to dream big, and they have two choices: “You can either believe them and sink back into their lowered expectations or do what I do, and set that fire in you,” she said.

The evening was moderated by Good Morning America anchor Robin Roberts, a broadcasting powerhouse and longtime friend whose exclusive interview with Obama in 2018 revealed she had a miscarriage and went through in-vitro fertilization (IVF) to conceive when she was in her 30s. 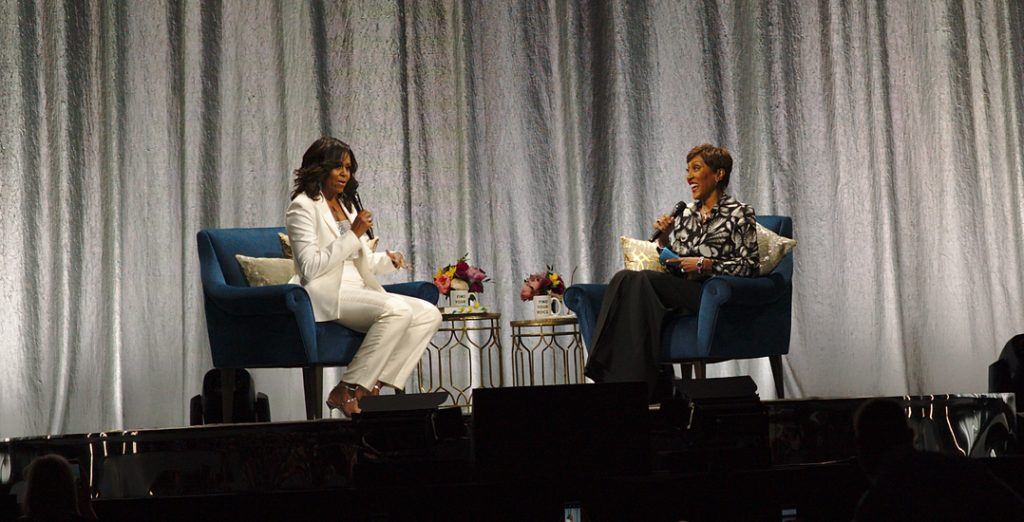 During her Vancouver talk, Michelle opened up going to marriage counselling with Barack, something she covered in the book in an effort to de-stigmatize the process, and help any women who are having trouble in their own marriages.

Obama says despite the tender moments captured on camera in her very public relationship, all marriages are hard work. That hard work is doubled when you have small children, what she calls the “biggest joint project” any couple will ever have.

“People look at me and Barack and oh it’s a great marriage and it’s #marriage goals.
But I’m like, okay, There’s more than the fist bump in the elevator — and the hugs. It’s hard all the time.”

Despite her celebrity status, Michelle Obama is a surprisingly relatable woman. A working professional mother who feels stretched thin juggling family and career: something millions of women feel in their daily lives.

She is an advocate for gender parity in the workplace and at home, and feels that men get applauded wrongly for contributing “anything at all” to parenting — when it should be a level playing field.

During her conversation with Roberts, Obama showed honesty, wit and humour, recalling standing beside her husband as he presided over some of the most politically difficult periods in US history, all the while trying to raise two very normal daughters “in a situation that is very abnormal” in the White House. On Barack winning the US Presidential race, she recalls feeling like her family “got launched out of a cannon and thrown into the unknown” — and thrust in the spotlight.

During their time in office, daughters Sasha and Malia had a three-car security motorcade detail, with Secret Service agents joining them at school, friend’s houses, playgrounds — and even on their first dates.

“We worked so hard to keep their lives normal. I am in awe of how well they did with all of this,” she says of the girls. 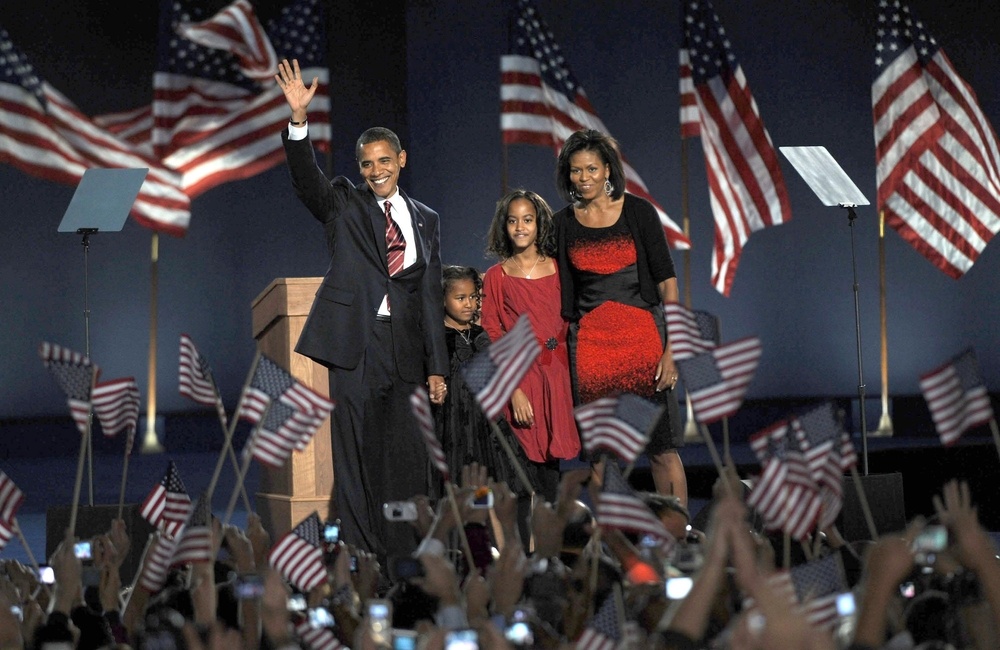 During Barack Obama’s March 5 fireside chat in Vancouver, he described his wife as “extraordinary, fiercely intelligent, charming, gorgeous, and authentic,” with a powerful gift for tapping into the struggles faced by women.

It’s absolutely true — and the reason why her message of hope and inspiration has resonated so strongly with the Vancouver audience — and the millions who have read her book.

As Roberts put it: “Your story is our story. It’s everyone’s story.”

Before leaving stage, Obama issued a challenge to the women of Vancouver: Find your authentic truth and power. The road to success and believing yourself isn’t a straight line, she says.

“It’s full of bumps and bruisers and mistakes,” she said, adding not to give into self doubt.

“Don’t believe you’re an imposter. There are no such thing as imposters. The imposters are the ones who are running stuff these days.” 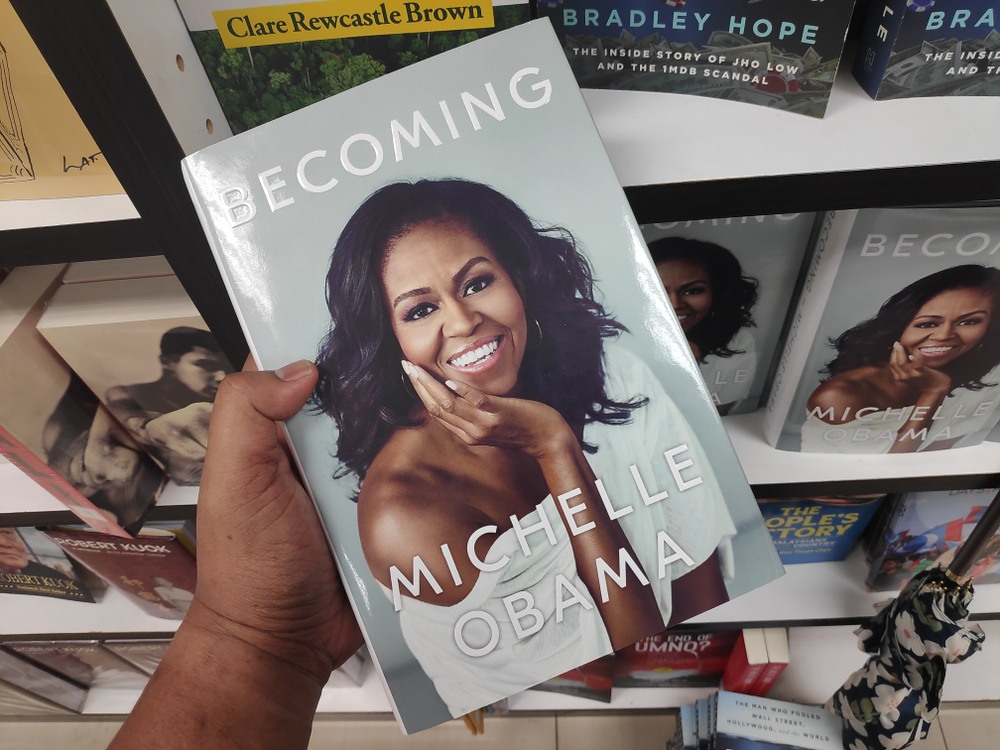 “Don’t let anybody tell you your story doesn’t matter – it does. But first you have to believe it and own it… Don’t believe you’re an imposter. There are no such things as imposters. The imposters are the ones who are running stuff these days.” @MichelleObama. #IAmBecoming pic.twitter.com/QV7T3caxp9