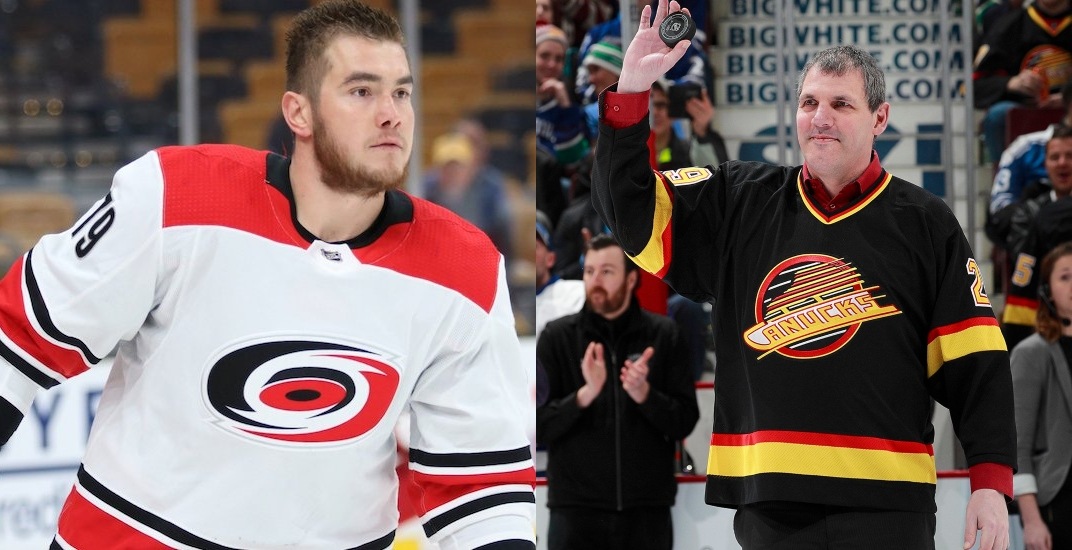 After the salary cap looked like it may preclude such a move, the Vancouver Canucks signed top-six winger Micheal Ferland to a four-year contract in free agency this week.

Ferland has excelled in the past two seasons while playing alongside some of hockey’s brightest young stars. The 27-year-old scored at a first-line rate with Sean Monahan and Johnny Gaudreau in Calgary and accomplished a similar feat while playing with Sebastian Aho and Teuvo Teravainen in Carolina.

While a career-high of 41 points doesn’t scream top-line winger, Ferland has shown a propensity to produce when playing with skilled players.

Regardless of his skill level, you would be hard-pressed to find someone with a bigger chip on their shoulder than Ferland. His journey to the NHL wasn’t easy, and was helped by legendary Canucks enforcer Gino Odjick.

Charities and the community helped him play hockey

Growing up in Swan River, Manitoba, Ferland was raised by his mother, Dianne. She worked as a dietary aide in a retirement home and struggled financially to get Ferland through hockey.

Once Ferland garnered attention from the WHL, charities such as KidsSport and the Manitoba Metis Federation helped cover some of the costs for playing hockey.

Ferland was also supported by parents in his community of Swan River when he got recruited to play for the Brandon Wheat Kings. Namely, Bob Edmundson, the father of St. Louis Blues defenceman Joel Edmundson, was one of the parents who made sure Ferland could travel around the prairies to play hockey.

After the hills Ferland had to climb just to play junior hockey, being drafted in the fifth round by the Calgary Flames in 2010 was an accomplishment on its own. However, life didn’t get easier for Ferland just because he was an NHL prospect.

Two years later in 2012, Ferland was overweight, out of shape, and found himself in the ECHL before returning to junior hockey for his overage season.

One of the main catalysts behind Ferland’s desire to quit hockey was his drinking. He opened up about it during a candid interview with Sportsnet in 2017.

“I had meetings [with former Brandon Wheat Kings head coach Kelly McCrimmon] about all the s**t I was getting into. It was always when I was drunk,” Ferland said. “He would always tell me, ‘Every time you are in my office it’s because you were partying.’”

Another ugly incident ended up of Ferland’s record in 2012, when he was sued for punching a bar patron in the face. That patron sued Ferland after the punch broke a bone in his face, which required surgery.

In 2014, Ferland was acquitted of the charges after the jury found that he acted in self-defence during the incident.

“That was just me going out to have fun with Kayleigh (his fiancee at the time) and my aunt, and a group of guys wanting to pick a fight,” said Ferland. “I just ended up being in the wrong place at the wrong time, defending myself. It was unfortunate the way things played out.” 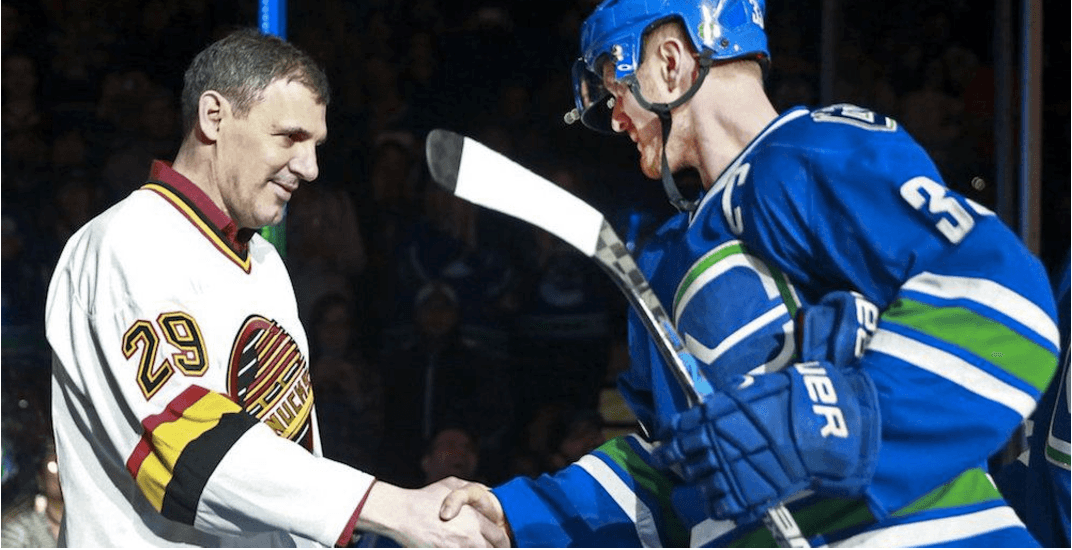 It wasn’t until the end of 2013, after a season-ending knee injury coupled with a drinking binge, that Ferland finally reached out to the Calgary Flames for help to curb his alcoholism.

Then-Flames head coach Bob Hartley put Ferland in touch with a player he used to coach in junior (in 1987-88 with the CJHL’s Hawkesbury Hawks), Canucks legend Gino Odjick. Odjick, who grew up in an Algonquin reservation in Quebec, also battled addiction during his career.

Ferland ended up quitting drinking for good. One year after giving up alcohol, Ferland went on to torment the Canucks during the 2015 playoffs.

There aren’t many First Nations hockey players playing in the NHL right now, with Carey Price (Ulkatcho First Nation), T.J. Oshie (Ojibwe), and Jordan Nolan (Ojibwe) being the most notable.

Ferland is the only person of Cree descent currently playing in the league. He’s one of the most notable Cree hockey players in league history, along with former Rocket Richard Trophy winner Jonathan Cheechoo.

Long before Ferland signed with the Vancouver Canucks, he already had his mom throwing her support behind the two legends of the franchise. While Ferland was hitting anything that moved during the Flames-Canucks playoff series in 2015, his mom told him not to hit the Sedins.

“Leave the Sedins alone,” she said.

#Flames Michael Ferland’s mom told him not to hit the Sedins.
“She told me, 'Leave the Sedins alone.' She loves them,” he said.

While Ferland didn’t necessarily hurt the Sedins, he agitated a number of other Canucks on his way to cementing himself as an NHLer.

Eddie Lack is a fan

Even though former Vancouver Canucks goaltender Eddie Lack got a first-hand look at Ferland’s dominance in the 2015 playoffs, it appears as though the Swan River native has a fan in Lack. The two became teammates briefly when Lack was traded to the Flames in 2017.

Kinda reminds me off Burr when I think about it😂

While no one is expecting Ferland to turn into the next Alex Burrows, he will instantly become a fan-favourite if he plays like he did in the 2015 playoffs.

Heck, even if he’s Antoine Roussel 2.0, Ferland will be a welcome addition to a Canucks team that has lacked that blend of toughness and scoring for years.