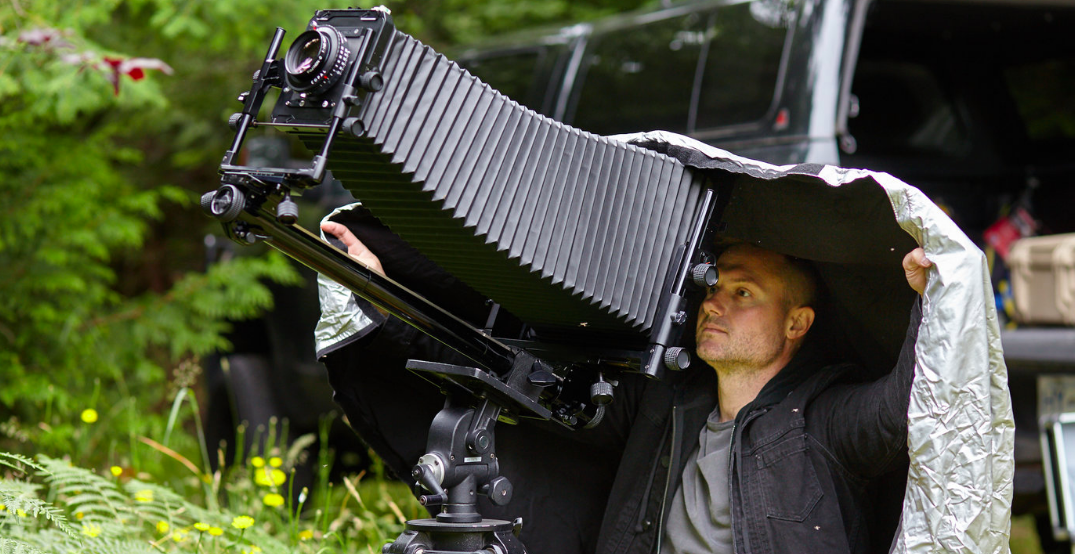 Written for Daily Hive by Ariane Fleischmann, the marketing and communications manager at Arts Umbrella.

After several weeks hiking old logging roads and photographing the forest surrounding his family cabin on the Sunshine Coast, photographer Michael Wesik makes his way to Vancouver for a haircut and to work at his studio on the river.

Unlike the blackberry bush-filled new growth forest he so adores, Wesik’s Vancouver studio is impeccable and lab-like. From cold storage to a projector room, and a chemistry lab to the gallery space in behind, Wesik has taken the opportunity to take a deep dive into his artistic practice.

“The vision was to take black and white printing, which is typically conceived in small, delicate sizes, but to do it bigger,” says Wesik. 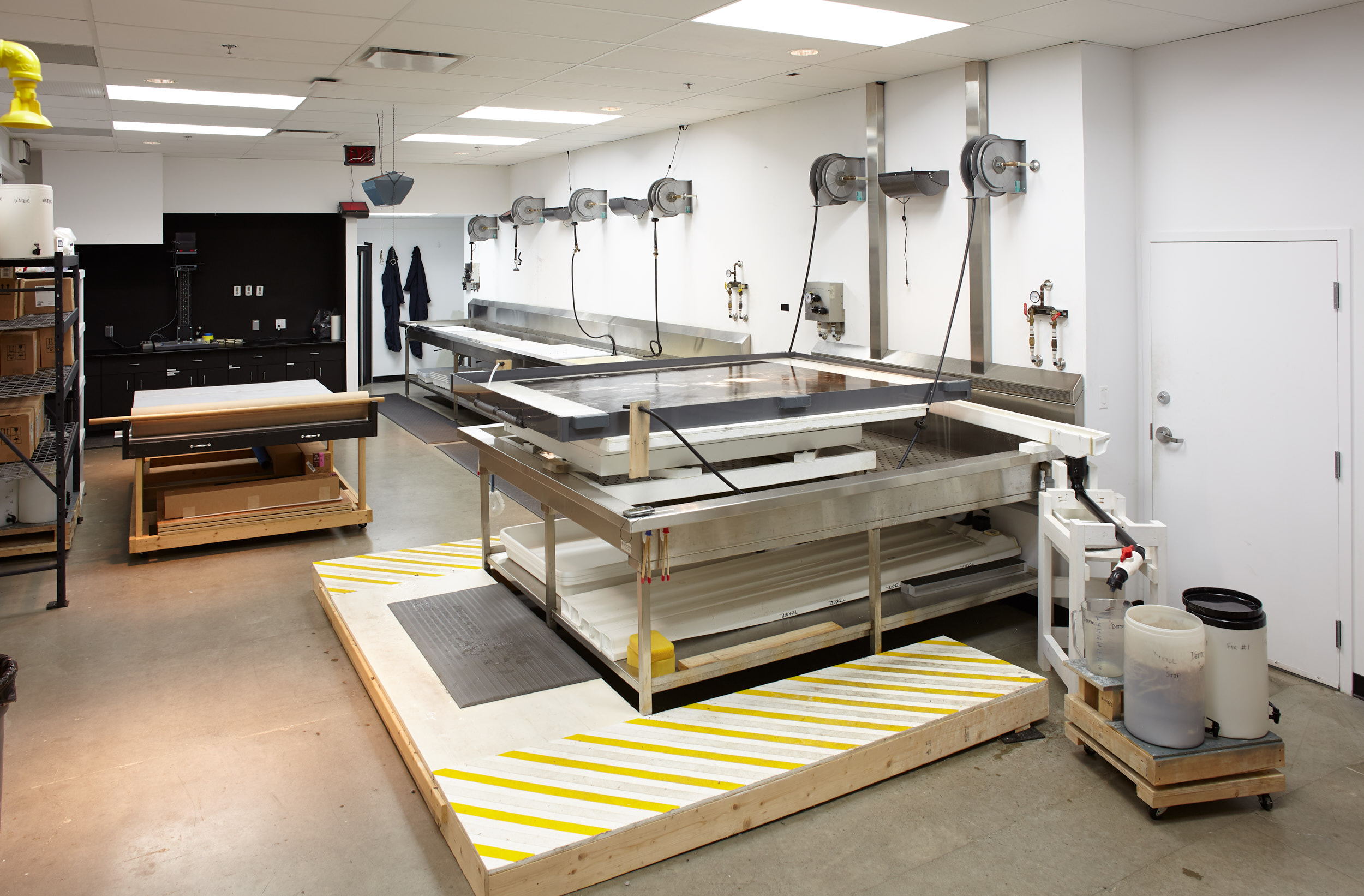 The custom sink at Wesik’s studio

There’s more to it: Wesik is seeking the same efficiency, proficiency, and repeatability that you would find in an 8 x 10 – without compromising the resolution.

In the gallery, what appears to be a diverse array of subject matter are actually images from the same forest. As we walk through the space, Wesik maps the land, noting how each road and clearing relates to another, where he’s done close-ups of the salmonberry bush. There’s something intimate, romantic about his obsession.

“I see art as a self portrait,” Wesik says. “The emotional relationship that I have with this specific forest, re-photographing and documenting and mapping it… what does it say about me?” 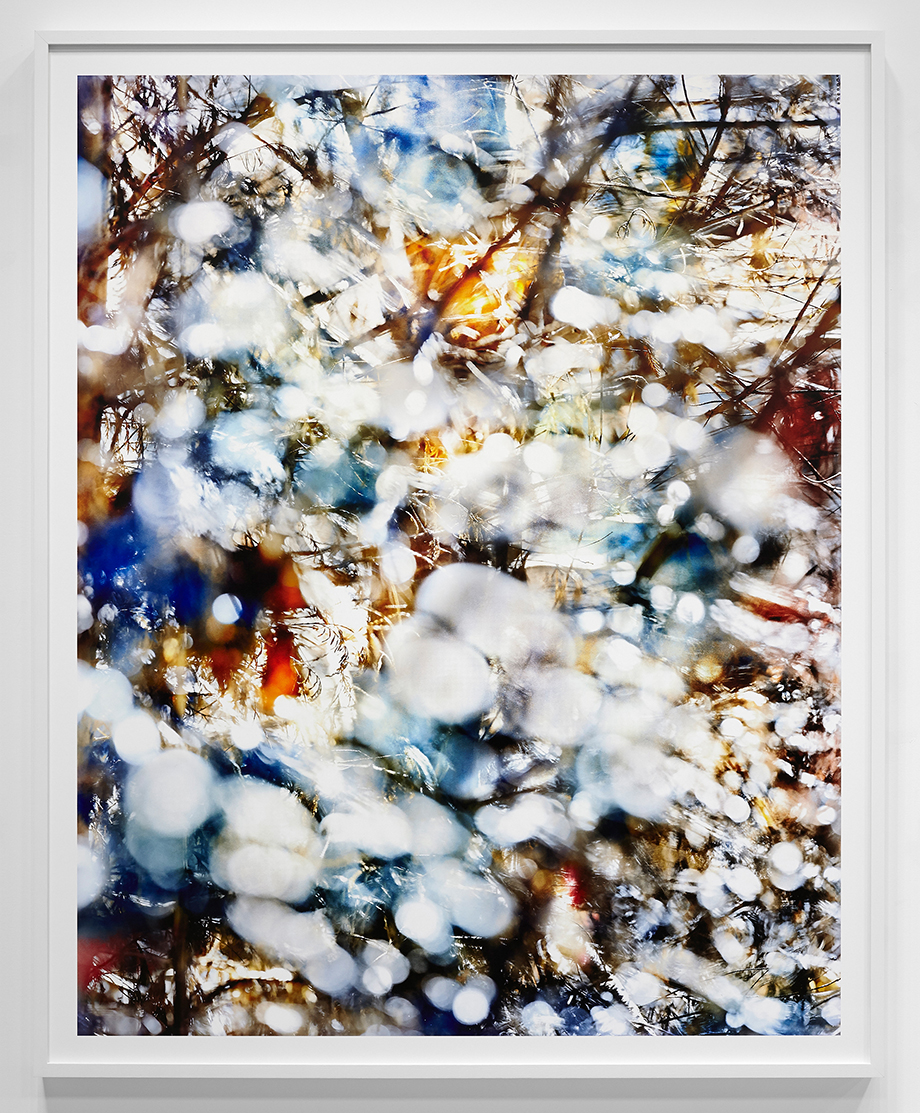 One of Wesik’s forest wonders is included in this year’s Splash Art Auction and Gala.

“When I started learning film, one of the things they tell you to not do is point your lens into the sun,” says Wesik of the donated piece. So he pointed his lens at the sun.

“I’m manipulating the front and rear standard to create all of these little circles of flare that are popping off of water droplets on branches. And then you’ve got these leaves that thrown into a really shallow depth of field and kind of just forming shapes of colour.”

Proceeds from the auction support Arts Umbrella, a non-profit arts education centre for young people that provides Metro Vancouver youth with access to the arts.