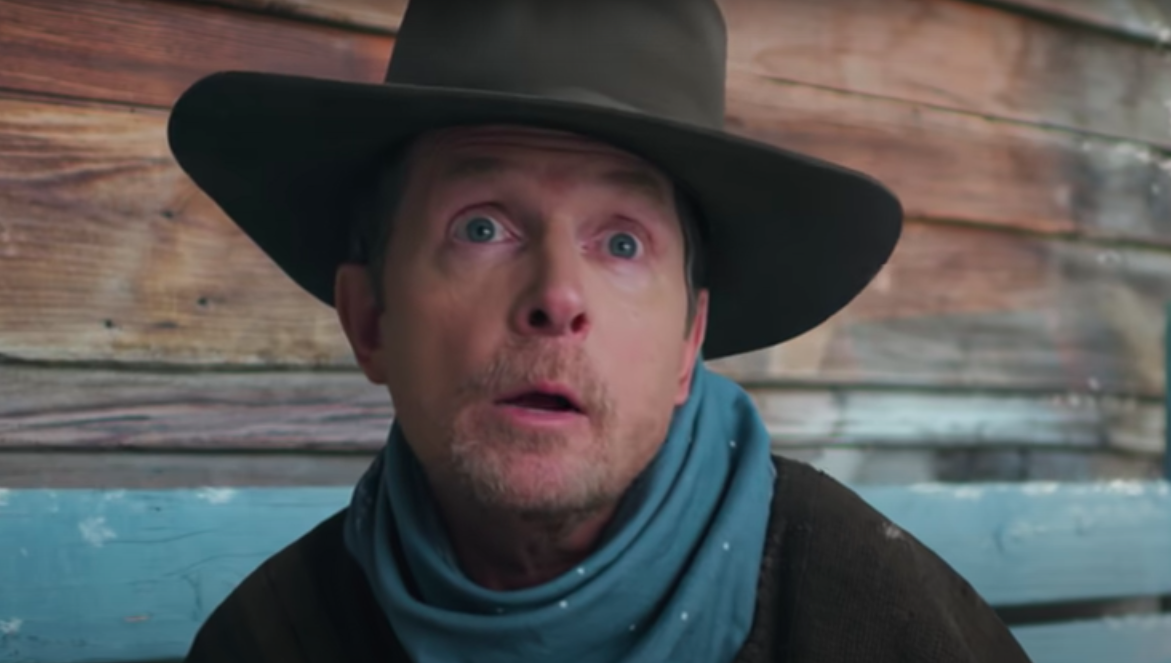 Great Scott! Michael J. Fox pays homage to his iconic Back to the Future character Marty McFly, as he gives Lil Nas X some advice in his new time-travelling video teaser for his upcoming song Holiday.

Lil Nas X, the hip-hop artist known best for his hit Old Town Road, goes back in time to the Wild West in the video teaser, kicking a drunk Santa Claus out of a saloon, before blasting through a time portal on a sleigh.

The Canadian actor closes out the video, dressed as a cowboy and warning the singer, “Whatever you do, Nas, don’t go to 2020.”

The full video for the new song is set to be released on November 13.

On November 17, Fox will also be releasing his new memoir, No Time Like the Future: An Optimist Considers Mortality, in which he shares personal stories and observations about life, including his Parkinson’s disease.