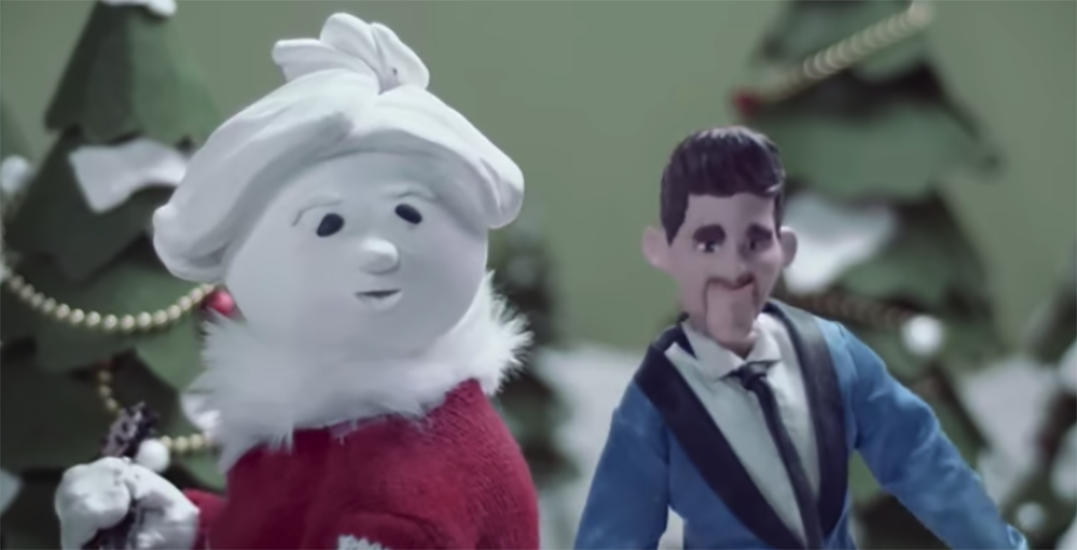 Less than 24 hours have passed since Halloween night and Canadian singer and songwriter Michael Bublé has already released a new Christmas song.

On Friday morning, the Grammy-award winner released his latest (and possibly, the first of many) Christmas songs — a new version of White Christmas.

The music video, directed by Lior Molcho, features a stop-motion, clay Bublé and has racked up over 35,000 views at time of writing.

Is it a little too early to start thinking about Christmas, let alone hear a new Christmas song? Probably. But hey, if Starbucks is gonna do it, what’s stopping Bublé from joining in.

If nothing else, his holiday return was greatly welcomed (if not, very expected) by those on social media.

Is today the day that they release @MichaelBuble from his cage to sing Christmas songs for the hungry masses? pic.twitter.com/d91eHXmSMN

Its that time of year again where Michael Buble comes back out.

Me: it’s just now November, no chance of me listening to Christmas music until Black Friday.

Me: *stomps my way to spotify* GODDAMNIT MICHAEL. WHY WOULD YOU DO THIS TO ME!

It’s November 1st. Someone take @MichaelBuble outta the freezer to thaw out.

Now is the time when @MichaelBuble comes out of hiding to give us his Christmas music!! pic.twitter.com/2Rp9Zsmwx6

Wake up, it’s your time to shine @MichaelBuble

Oh, and apparently, Mariah Carey has “thawed out” as well.