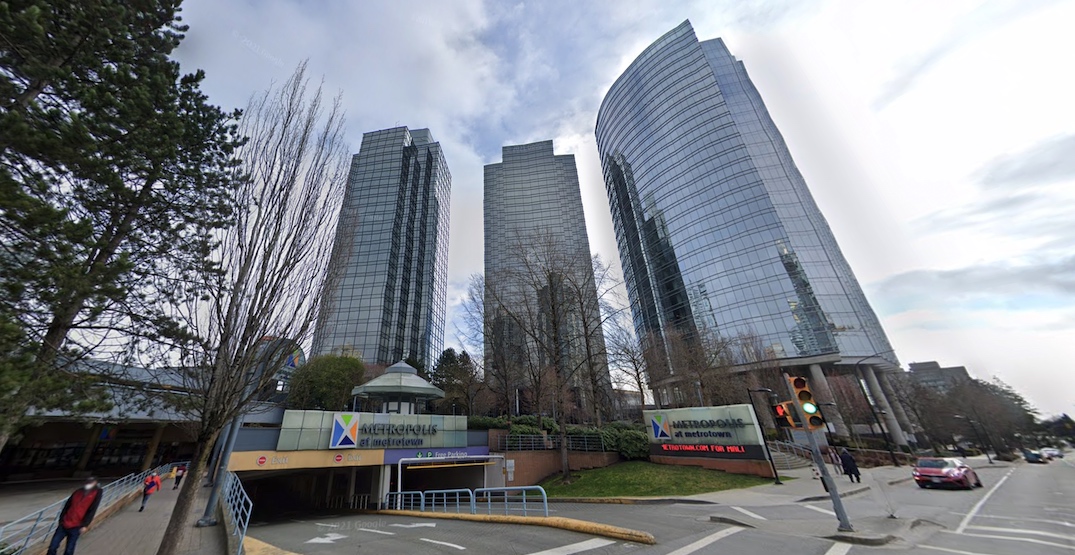 A sizeable childcare facility could be coming to a highly central and accessible location in Burnaby.

The City of Burnaby is reviewing a rezoning application to convert the entirety of the fifth floor of the 30-storey Metrotower II office tower into a major childcare facility with 147 spaces for infants, toddlers, and pre-school aged children.

The tower is part of the Metropolis at Metrotown complex, and is located on the shopping mall’s south side, next to SkyTrain Metrotown Station.

The fifth floor’s indoor area of 10,600 sq ft of office space would be reconfigured and renovated for the new childcare uses. There would also be 6,000 sq ft of outdoor play space on the fifth floor’s podium deck, directly adjacent to the indoor space.

The proposed hours of operation are between 7:45 am and 5:45 pm on weekdays only.

According to city staff, the proposed facility meets various provincial regulations, but the final capacity of the number of children that can be accommodated will be decided by Fraser Health Authority. If the requested capacity is approved, it would be one of the largest capacity childcare facilities in BC.

Comparatively, some of the largest existing childcare facilities in Metro Vancouver have lower capacities within bigger spaces.

The 2021-opened YMCA childcare facility on the rooftop of the Gastown parkade has a capacity for 74 kids in 10,000 sq ft of indoor space and 11,000 sq ft of outdoor play space.

Richmond’s Seedlings Child Care Centre, also opened in 2021, spans 19,000 sq ft of indoor space and 9,000 sq ft of outdoor play space. It opened with a permitted capacity for 107 kids — up from the previously contemplated capacity of 90 kids when the mixed-use redevelopment was proposed.

The final capacity is determined by not only floor area of both indoor and outdoor spaces, but also numerous other factors such as space configurations, specific design features, and number of equipment provided.

Burnaby City Council is scheduled to perform a first reading of the application on April 4, and the public hearing is slated for April 26.