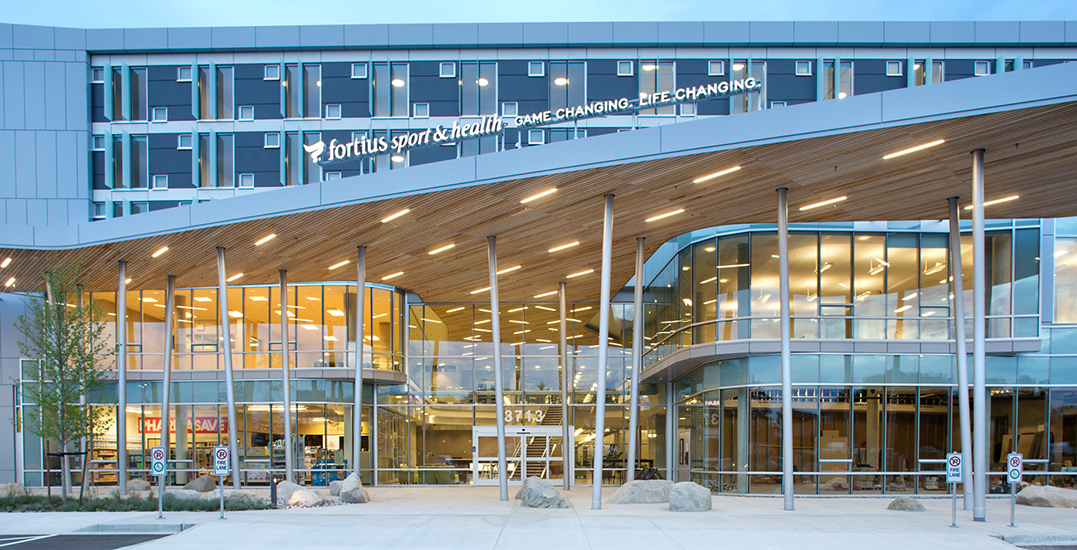 The newly branded Christine Sinclair Community Centre in the Burnaby Lake Sports Complex area will see the addition of a new childcare facility geared for the kids of employees with the City of Burnaby.

City council has set aside $3.5 million for renovating a space in the community centre for the childcare facility, including $2.28 million covered by a grant from the provincial government.

The childcare facility at 3713 Kensington Avenue, previously the Fortius Sport & Health complex, would have a capacity to accommodate 65 children, including 24 spaces for children younger than 36 months and 41 children ages 30 months up to school age.

Enrolment would prioritize City of Burnaby and Burnaby RCMP staff. Any waitlist would also provide priority placement to staff, and any vacant spaces would be opened up to the wider community.

This location provides more capacity than the previously contemplated location at 6570 Deer Lake Avenue, within the civic cluster on the north side of Deer Lake, near Burnaby Village Museum and Festival Lawn.

According to the city, the availability of quality, affordable childcare could assist in the recruitment and retention of its workforce, especially women.

Over half of the 361 city employees who responded to the city’s November 2019 survey indicated they have children ages five years old or younger, with 73% noting they would use city childcare services if they were to be offered for a “reasonable and affordable” fee and located near city hall and the city’s works yard.

To meet the timeline of opening the facility by late 2022, the municipal government is currently in the process of seeking an architectural firm to renovate an identified space in the southwest corner of the building.

The city is also expected to begin the procurement process next month for a non-profit childcare entity to operate the facility. Based on the city’s existing partnership model with non-profit childcare operators at other locations, the chosen operator will not be required to pay any rent, but they will have to cover all of their own operating costs. This allows operators to charge reasonable fees to parents, while also providing their staff with competitive wages and benefits.

The chosen operator would also be required to participate in the provincial government’s childcare fee reduction initiative, which provides a subsidy directly to the operator to reduce parent fees by $350 per month for infants and toddlers, and $100 per month for children three years old to school age.

In late 2020, the municipal government acquired the Fortius building, after its parent not-for-profit organization, dedicated to providing elite athletes with an integrated training hub, went out of business due to the pandemic’s financial toll on its operating model.

The city acquired the 2013-built, 140,000 sq ft facility on a 5.2-acre property for $26.6 million. The first two levels included fitness spaces and a double gymnasium, and the upper levels were used as a 50-room hotel for athletes, including Olympians.

The fitness and recreational spaces within the first two levels reopened in March as a community centre. But the city has yet to establish firm plans for the hotel levels, which account for much of the building’s floor area.

According to the municipal government, the acquisition has reduced the project construction costs of the future new replacement of the CG Brown Memorial Pool and Burnaby Lake Arena — located just across the street — by reducing the recreation floor area and vehicle parking scope.

This past summer, healthcare officials in Burnaby, with the backing of the Fraser Health Authority, pitched to city council the idea of turning up to 20,500 sq ft of space in the building into an integrated healthcare facility for the community. The building was also briefly used by the health authority as a COVID-19 mass vaccination clinic.