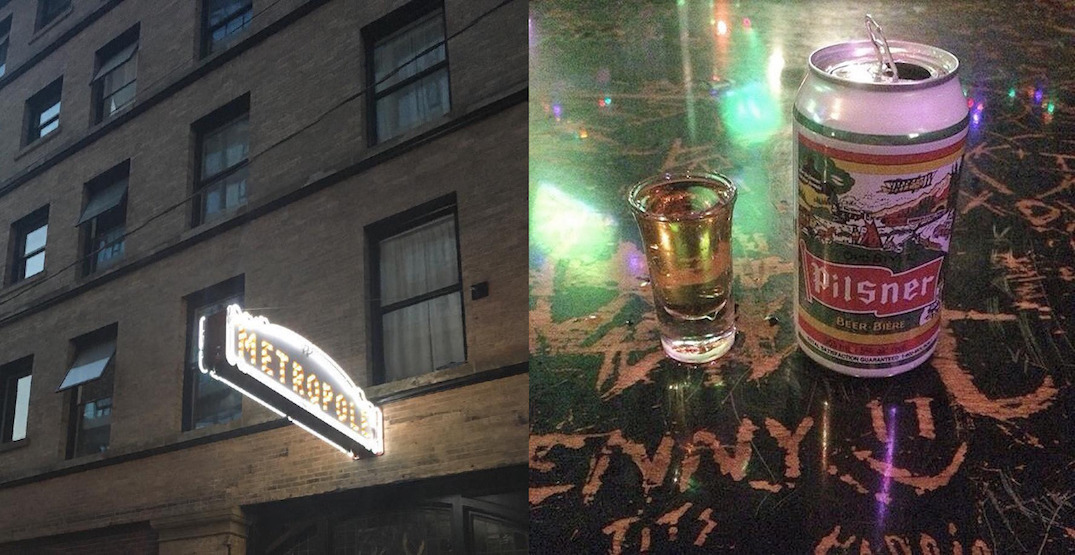 After being closed for the last 18 months – a full year and a half – The Metropole Pub has officially reopened.

The Gastown spot, located at 320 Abbott Street, for cheap drinks and fun times, was one of the early casualties of the pandemic, closing its doors “for good” back in September 2020.

Now it’s confirmed to Dished that The Metropole has decided to reopen its doors.

According to the business’ Instagram, The Metropole quietly and softly reopened in mid-March but has only now started making some noise about its reopening.

The pub tells Dished that it plans to hold a celebratory reopening party soon, with the date still TBA.

Metropole owner Matt Donnelly tells Dished that, after things started opening up again and restrictions on nightclubs were removed, the team behind the pub figured why not open back up again.

“There was a lot of good will over social media, and everyone said they missed [The Metropole],” Donnelly told us over a phone call. “People are still talking about us.”

While they don’t have a kitchen team right now due to staff shortages – an issue that has been plaguing the hospitality industry over the last few months – the Met plans to bring food back to the space, too, as soon as possible.

The Metropole had originally decided to close after restrictions were placed on food and beverage establishments forcing liquor sales to end at 10 pm, and all nightclubs and banquet halls were ordered to close due to a rise in COVID cases.

These restrictions made continuing service at The Metropole untenable at the time.

This reopening is good news for those who have missed the spot’s cheap drink deals and lively nightlife and also suggests The Metropole’s enduring immortality, as the spot has existed as a pub in at least some configuration since the early 1900s.

It also points to a possible widespread reopening of places we thought we’d never see again – we can only hope.