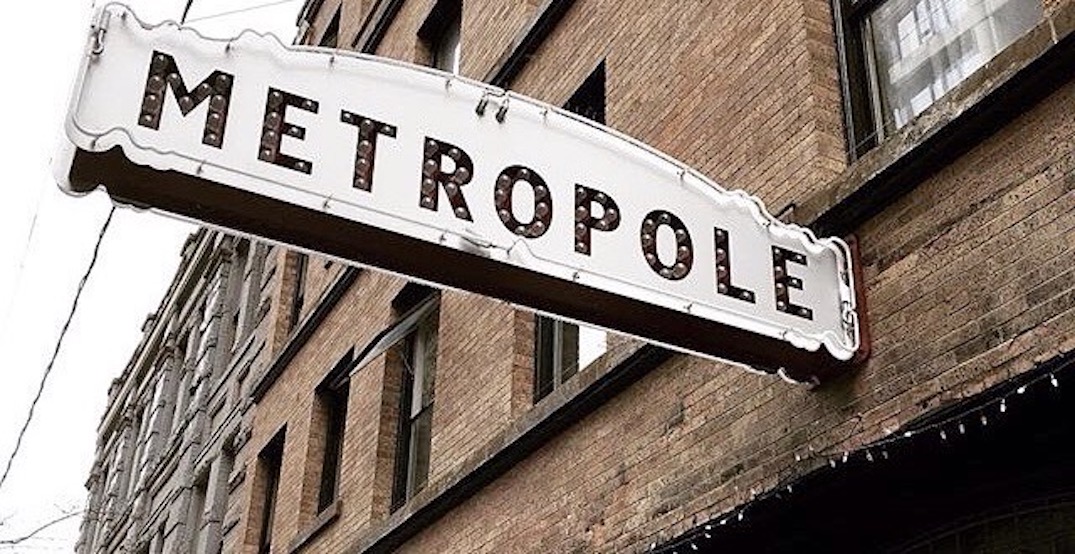 The Metropole Pub in Vancouver has closed its doors, citing the newly introduced pandemic restrictions for food establishments as the main reason for its closure.

The 320 Abbott Street business was a popular Gastown spot for cheap and cheerful drinks.

It is with a heavy heart that effective immediately we will be closed for business. We hold our heads high in knowing that we tried our best, didn’t mess with our format, played by the rules and didn’t raise our prices. But given the new rules implemented on the 8th our business is no longer sustainable.

In addition to ordering all nightclubs and banquet halls in BC to close, Henry stated that liquor sales in all bars, pubs, and restaurants must also cease at 10 pm.

On top of that, these venues must now close at 11 pm, unless they include meal service, said Henry.

Dished Vancouver chatted with The Metropole’s General Manager Matthew Thompson over the phone, who told us that 50% of the pub’s income is generated between the hours 10 pm and 2 am.

Because of this, he says there was “no end in sight” for the establishment.

Thompson, who’s been at The Metropole Pub since 2009, said owners and management made the decision to close shortly after Dr. Henry’s announcement on September 8, saying the additional changes would cause “too much stress and worry to do day-to-day business.”