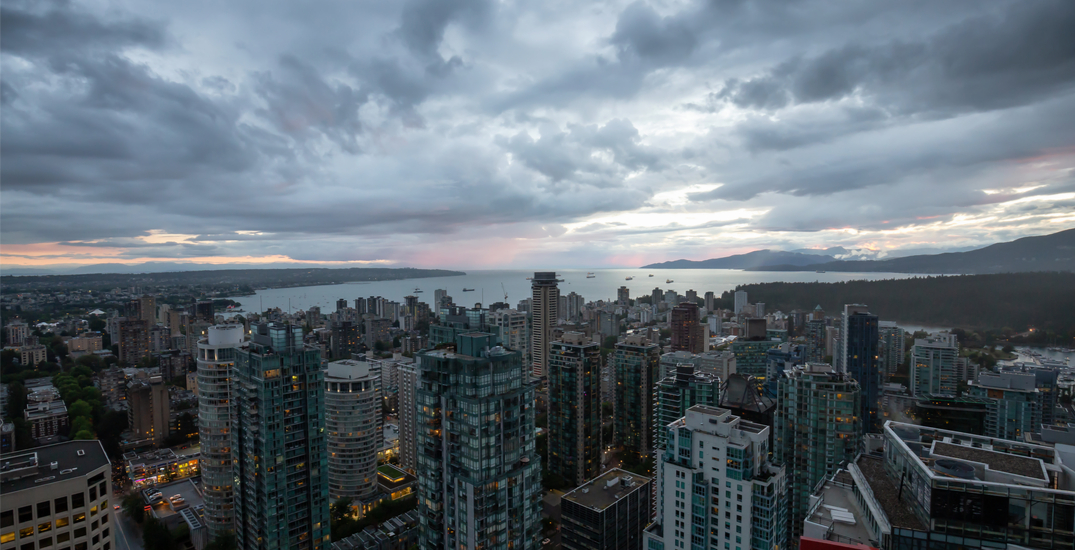 An aerial view of downtown Vancouver during a storm (EB Adventure Photography/Shutterstock).

A special weather statement and a rainfall warning are in effect for Metro Vancouver today, as well as a snowfall warning on the Sea to Sky corridor and Whistler.

According to Environment Canada, a rainfall warning is in effect for the following areas:

And these parts of Metro Vancouver are under a special weather statement:

An intense Pacific frontal system is arriving over British Columbia’s south coast on Friday morning, with rain and heavy winds developing throughout the day. Fortunately, precipitation is expected to ease by Saturday morning.

Areas of Metro Vancouver under the special weather statement are expected to receive 30 to 50 mm of rain. The North Shore, Coquitlam, and Maple Ridge could see up to 60 mm.

Snowfall and winter storm warnings are also in effect for surrounding highways. A snowfall warning is in effect for the Sea to Sky corridor and Whistler, with up to 20 cm of snow expected from Friday afternoon to Saturday morning.

The Coquihalla Highway is also under a winter storm warning, with up to 30 cm of snow expected and blowing winds of up t0 70 km/h.

Intense weather from the system is expected to subside over the Lower Mainland by Saturday afternoon.