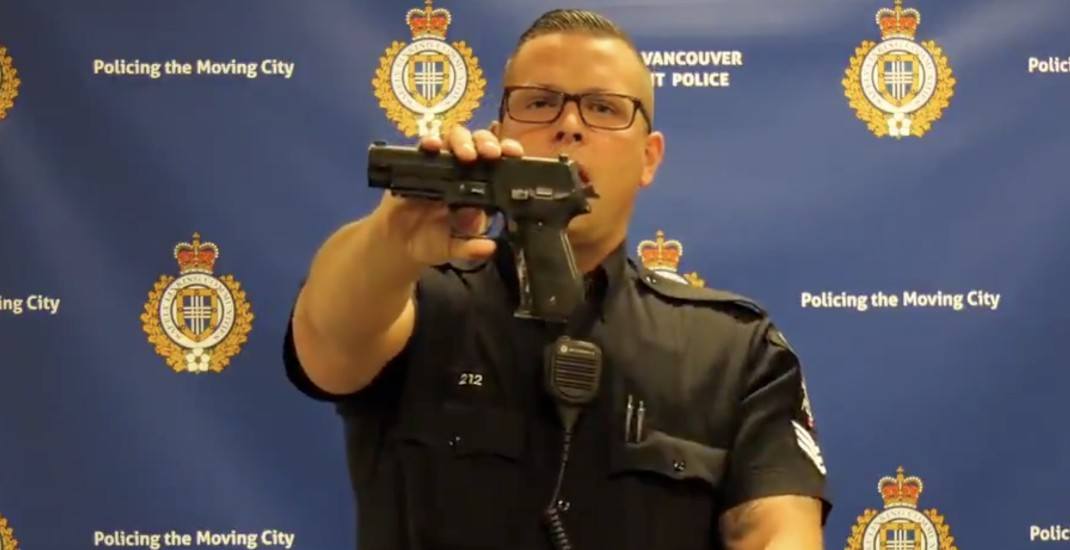 According to Sgt. Clint Hampton, the warrants were executed under “five different circumstances, including a Canada-wide warrant for robbery.”

Our police officers are out on the system to ensure safety of all #transit users. If you see something concerning or feel unsafe, call us on our non-emergency line at 604.515.8300 or text us at 87.77.77. Always call 911 in an emergency. https://t.co/kaQoVgtJbv

“In one of these circumstances, we actually had an officer right here at the Transit Police headquarters on the third floor,” he said during a press confrence. “They were looking out the window when they recognized a man below. That man had an outstanding warrant and was placed under arrest.”

Transit Police also dealt with a female who had an outstanding warrant for assaulting a police officer.

In another incident, officers stopped a man after he pushed through the fare gates.

“They discovered he had an outstanding warrant and he was also in possession of this — a replica style handgun,” said Hampton.