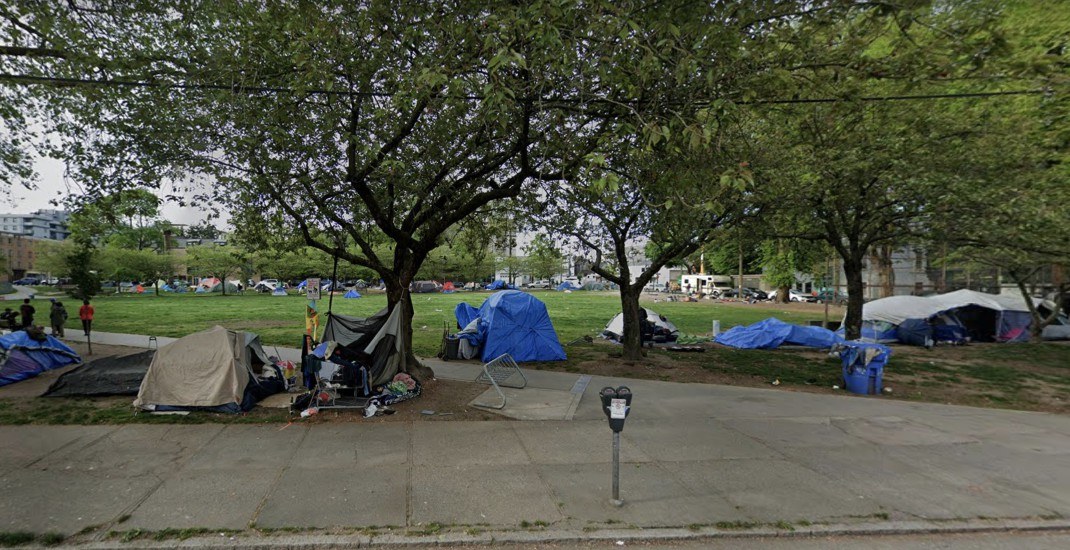 Some campers at Oppenheimer Park in the Vancouver’s Downtown Eastside are getting ready to pack up and leave today after receiving eviction notices from the city earlier this week.

On Monday, the general manager of the Park Board sent an official notice to residents at the park informing them that all their structures and belongings need to be removed by 6 pm on Wednesday.

The city says that individuals will be relocated to “safe and stable” accommodations as BC Housing has identified over 100 units where campers can stay.

Approximately 50 people experiencing homelessness in the park have accepted offers to move “into safe and stable conditions.”

The Carnegie Community Action Project (CCAP) estimates there are currently 300 people living there.

“The city is encouraged by the response from people sleeping in the camp so far, with many people working with the city’s Homeless Outreach Team (Carnegie Outreach) to be matched to one of the approximately 140 units of housing which are immediately available and have been secured by BC Housing. A number of shelter spaces are also additionally available,” reads an information bulletin from the city.

The city claims that “the housing options available are safe and of good quality” and many have “been under renovation over the past few weeks.”

The evacuation order was ordered in response to a growing concern for safety and the health and wellbeing of occupants in the park.

There have been 17 fires in the park since February and Vancouver Police have also “expressed concern” about the increase of violent incidents in the area.

The city says it is expecting “people sleeping in the park to continue to comply with the order and work with us to accept suitable housing and/or shelter immediately.”

“The city continues to work with VPD to ensure the safety of all campers in the park, as well as residents in the surrounding neighbourhood.”