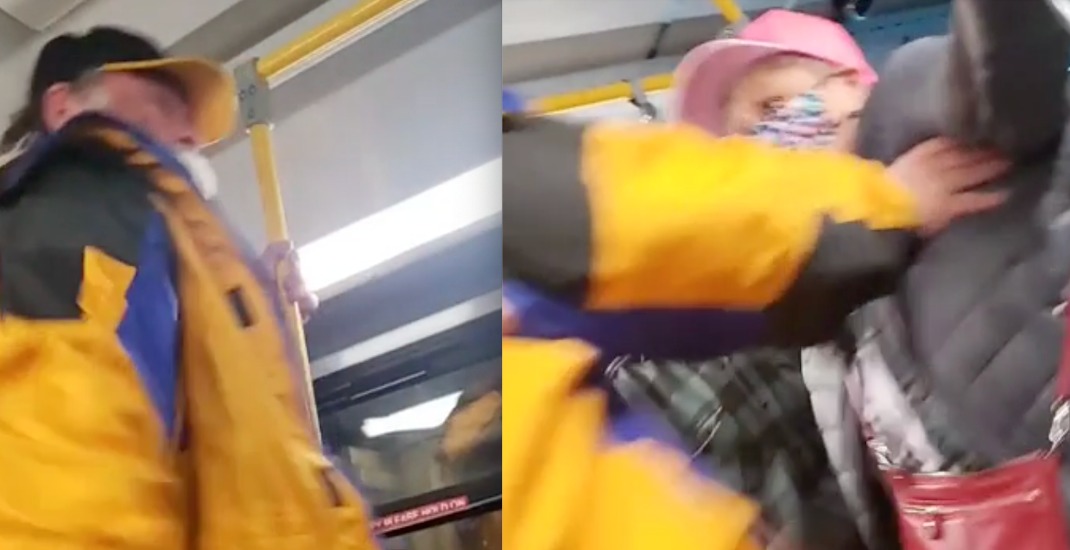 Metro Vancouver Transit Police are investigating after video of an alleged assault on a TransLink bus was posted online.

The 30-second clip was posted on social media on February 5, and purports to show an argument over face masks turning violent on a bus in Vancouver.

Two men are seen yelling expletives at each other in the video, before a woman intervenes to stop the argument. One of the men pushes her, at which point the two men begin to fight.

Although the video was only shared several days ago, it apparently took place on January 1, 2021, Hampton said.

Police have reached out to the person who posted the clip but have not received any additional information from others involved.

Hampton noted officers have not been able to connect the incident to any assaults that have been reported to them.

Anyone with information is asked to contact the Metro Vancouver Transit Police at 604-515-8300.