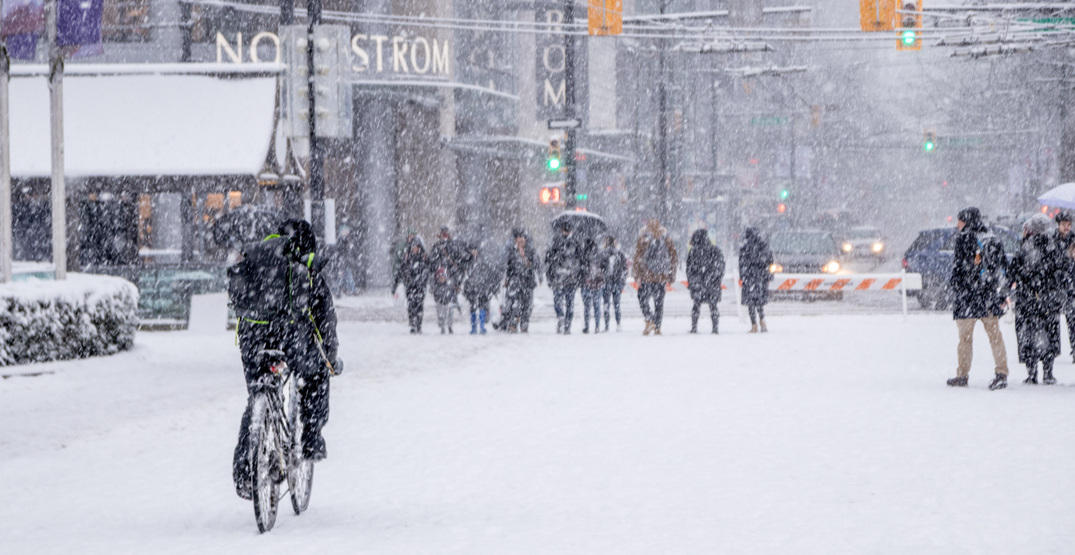 Environment Canada has issued a special weather statement for Metro Vancouver ahead of this weekend’s expected snowfall.

The bulletin is in effect for the following areas:

A ridge of high pressure will bring clear skies and cool conditions throughout the day on Saturday, followed by a low-pressure system and cloudy skies later in the afternoon.

“Snow is forecast to begin Saturday night and continue into Sunday,” says Environment Canada. “By Sunday afternoon snow will become mixed with rain in many areas.”