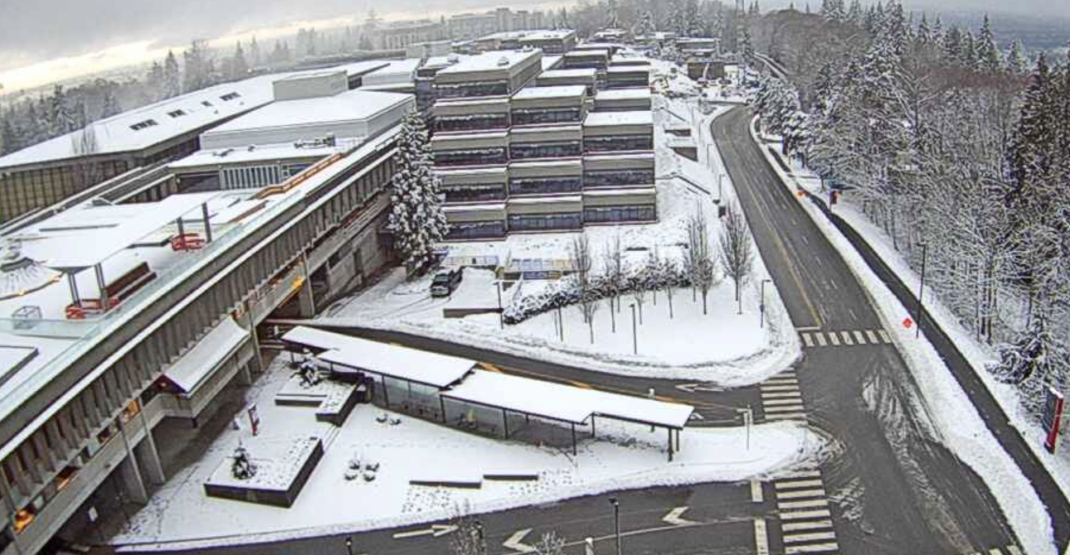 While we thought we were heading towards spring, winter just won’t let up as many areas around Metro Vancouver woke up to snow this morning.

According to Environment Canada, there is a chance of some more wet snow mixed with rain for this morning, but things are expected to clear up in the afternoon.

Here’s what today’s late February snowfall looks like around the region:

It’s 3C and snow on the ground. We got that government made Bill Gates snow in Vancouver. The plot thickens 🙂 pic.twitter.com/qUMk3aVuMn