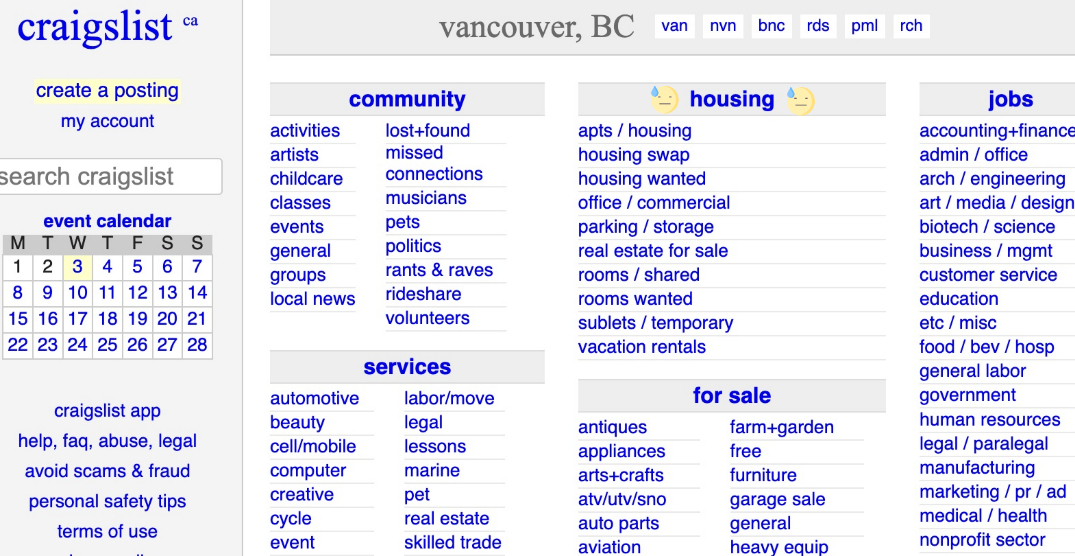 Police are putting out a warning to Metro Vancouver renters about potential scams on Craigslist and other websites used to search for rentals.

If you see an ad for rental housing that looks too good to be true, it might just be according to RCMP.

Burnaby RCMP is warning the public after a resident had their identity stolen and their ID is now being used for fake Craigslist ads.

The identity theft in question was tied to a ransomware attack. RCMP suggests that an adult man’s identity was leaked onto the dark web in 2021. RCMP says that since that occurred, his identity has been used in various scams including someone using it to pose as a landlord seeking tenants in Vancouver.

The victim has had to report fake driver’s licenses, passports, and fake Craigslist ads in his name.

“These potential renters did the right thing. They became suspicious and reached out to the person directly, instead of continuing communication through the Craigslist platform,” said Corporal Alexa Hodgins in a statement.

“By doing this, they not only prevented sending money to the scammer but alerted the original identity theft victim of what was happening online in their name.”

One of the potential renters was even sent copies of a fake driver’s license and fake passport.

Burnaby RCMP is offering some ways to identify that a potential scam might be taking place, including:

It does paint a picture about the state of housing for renters in Metro Vancouver if police are saying that if you see an ad that seems cheaper than the rest, you should proceed with caution.

On top of these tips, Burnaby RCMP says to go to the actual address and make sure a listing you’re interested in is accurate, or use the internet to see actual images of the place. If you’re scheduling a viewing, make sure that the landlord will be present. RCMP also suggests contacting the builder if you’re renting in a new development to confirm ownership.