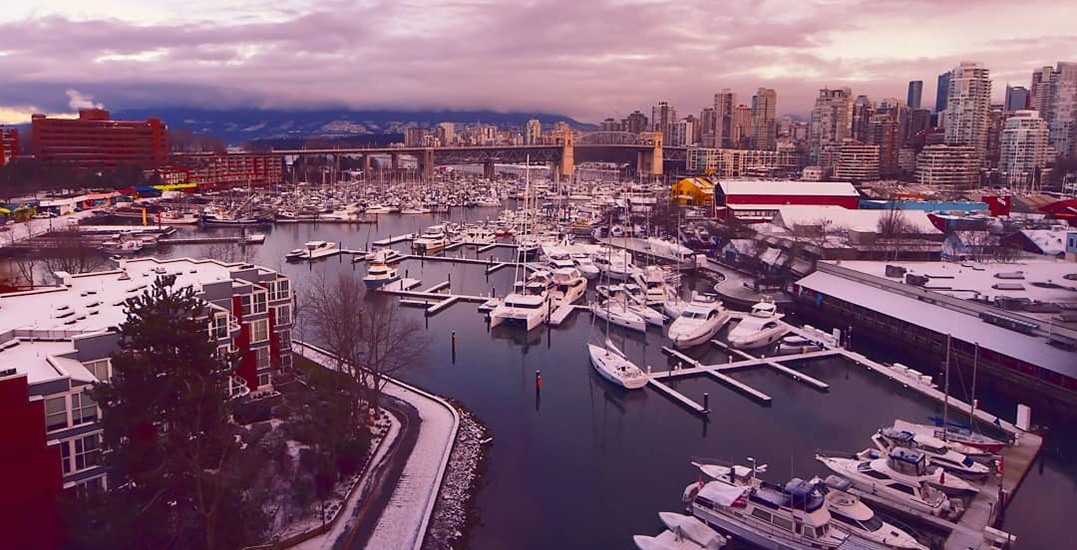 Vancouver’s first snowfall of the season was… anti-climactic, to say the least.

Accumulation varied across parts of the Lower Mainland and despite the sub-zero temperatures, there really wasn’t as much snow as residents were expecting.

But even if there wasn’t enough snow for a “true Canadian winter,” it was still enough to give Vancouverites a laugh.

❄️ Snow is the four letter word you never want to hear about in Vancouver.#NoToSnow #Weather

The rain this morning in Vancouver is very peculiar. Slow and lazy like, dry. #snow

#PolarVortex #PolarVortex2019 has arrived in #Vancouver. At least 1/8 inch of snow and an ARCTIC 3 degrees Celsius!! 😂 pic.twitter.com/amlSGacjFm

One snowflake hits the ground in @cityofvancouver and the entire city turns into an episode of “Canada’s Worst Driver”. So glad I work from home. The commute from my bed to my desk is treacherous. #vancouver #snow #canadasworstdriver

I ‘m sorry Vancouver but that doesn’t count at snow. pic.twitter.com/1dL885wy2E

Before you start…. no this is not snow, hold yourselves together, no #Vancouver snowmageddon happening…. think of it as a light dusting or powdered sugar. #winter ❄ is tame here.… https://t.co/CbKrbP3FPr

Okay metro Vancouver…it’s just a few cm of snow. Let’s get through this calmly okay?

Snow-Maggedon in Vancouver. Chances are the city will be shut down tomorrow. Hope everyone is safe https://t.co/n2Ms0azibk

The rest of Canada laughed when they found out the Polar Vortex and snow was coming to Vancouver. So mean. Just look at the damage caused today.#SnowMageddon2019 #Vancouver #PolarVortex #YVR #BCstorm pic.twitter.com/U5UaSDgphE

I take it back, I don’t want snow anymore @ Vancouver, British Columbia https://t.co/pvrgFSwRjU

Someone bailed on our Super Bowl party yesterday because of the “bad snow storm” we got in Vancouver.
This photo was the only snow I could find that stuck to something. #snowpocalypse pic.twitter.com/8h8kzuepQ0

The “terrible conditions” continue to plague Vancouver. There was a slight covering of snow on the sidewalk this morning. Even the occasional icy patch. Maybe I shouldn’t have worn shorts for my run? (4 consecutive) [508] #AirWreckRuns

why does everyone immediately forget basic driving laws when it snows? 🙄 #vancouversnow

The snow storm in Vancouver 😂 pic.twitter.com/LpqLD4kzYn