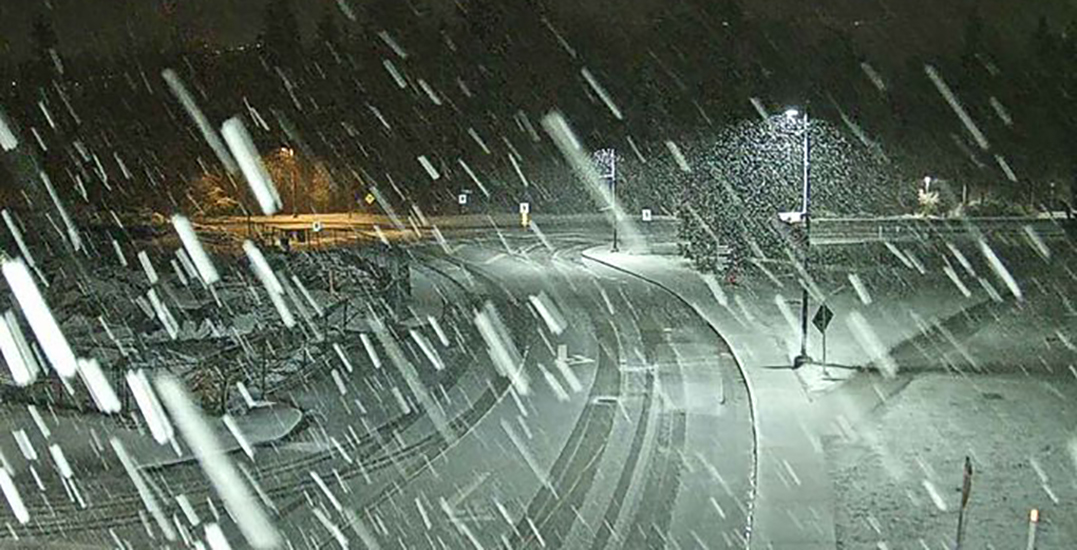 The past 24 hours of weather have been anything but ordinary.

On Tuesday evening, the North Shore and parts of Vancouver were battered with thunder and hail, bringing several centimetres of slush onto local roads.

The bizarre weather didn’t stop there, however. On Wednesday morning, Environment Canada warned of snowfall across Metro Vancouver, calling for accumulation at elevations as low as 50 metres.

Snow is falling across parts of Metro Vancouver this morning at elevations as low as 50 metres. #BCStorm pic.twitter.com/lvDlK6ftfv

Although much of it has begun to melt, there was notable snowfall in Vancouver, Surrey, Delta, and Burnaby.

Sadly, it was no April Fools joke.

From a crazy Marble sized Hailstorm last night, to the first Snowflakes seen in April in Vancouver in 5 years. The last 14 hours have been awesome! #ShareYourWeather #bcstorm @ensembleator @weathernetwork @RandySmall @WestSeaWx pic.twitter.com/gejZYe4fZ5

If I didn’t know it was March 32nd, I’d swear it was April 1st. Snow @SFU this morning #YVR pic.twitter.com/5D2pCfnDSQ

A bit at my house in Delta too. pic.twitter.com/90E5qKzDv7

Snow in Surrey BC on April 1? Rare & no April Fools Joke. pic.twitter.com/HOtNnHrnE6

Just got home from restocking grocery shelves. No down pour of rain in surrey (Newton) but full on snow. BIG flakes already sticking on roofs and cars and grass. @MMadryga @PaulHaysom pic.twitter.com/MfkGr9UlX2

Fortunately, the snow looks to be an odd occurrence, as Environment Canada calls for a mix of sun and showers over the next few days.

But hey, if it did snow again, would you really be surprised?