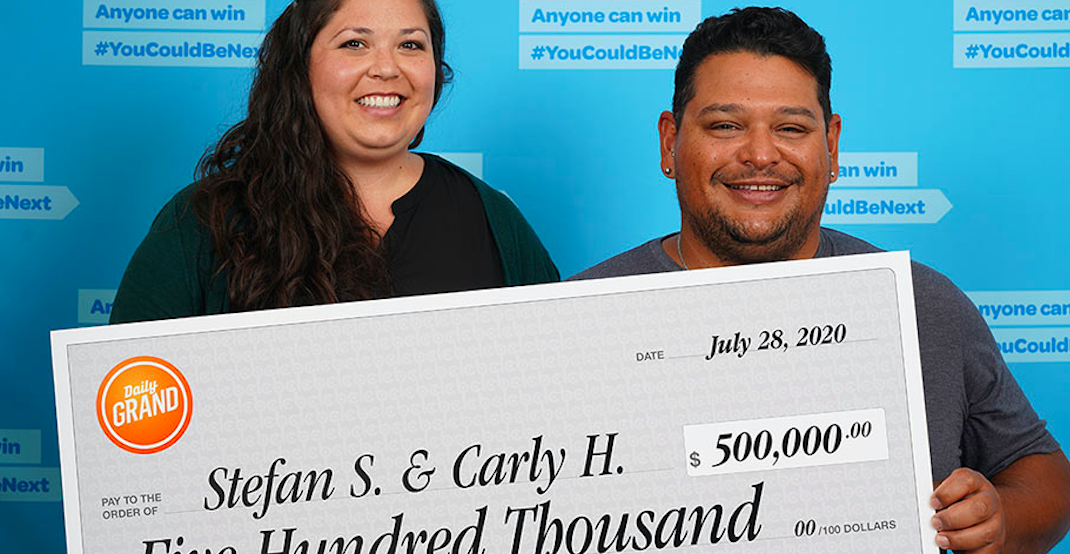 Langley’s Stefan Steinebach and Carly Higo have some big plans to pamper their felines with their recent $500,000 lottery win.

Aside from purchasing their dream home, the couple is looking to buy some fancy accessories for their cats.

“We already spoil our fur babies, so we’ll probably spoil them even further,” said Steinebach, in a release.

“We’ll probably go out and buy the best scratch post money can buy, because there’s nothing like spending some money on something they’ll scratch the hell out of.”

Steinebach says he’s not sure how much the posh scratch post will cost but “it’ll be the fanciest one possible.”

“We were in the kitchen, and had to check again because we just couldn’t believe it,” said Higo. “We were feeling mainly shock and disbelief when we found out.”