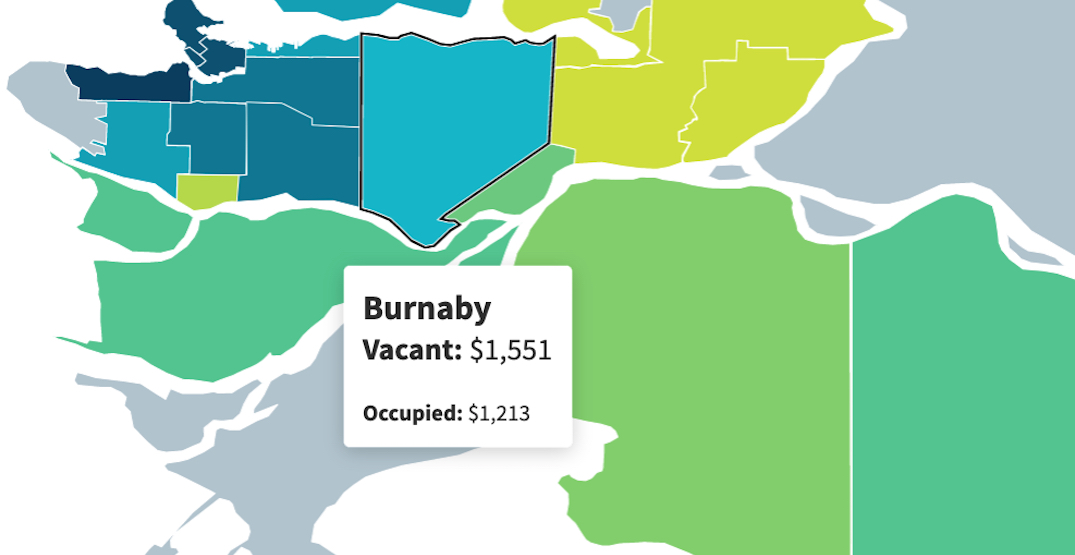 There is a breakdown of average housing ownership and rental costs in neighbourhoods and subregions. 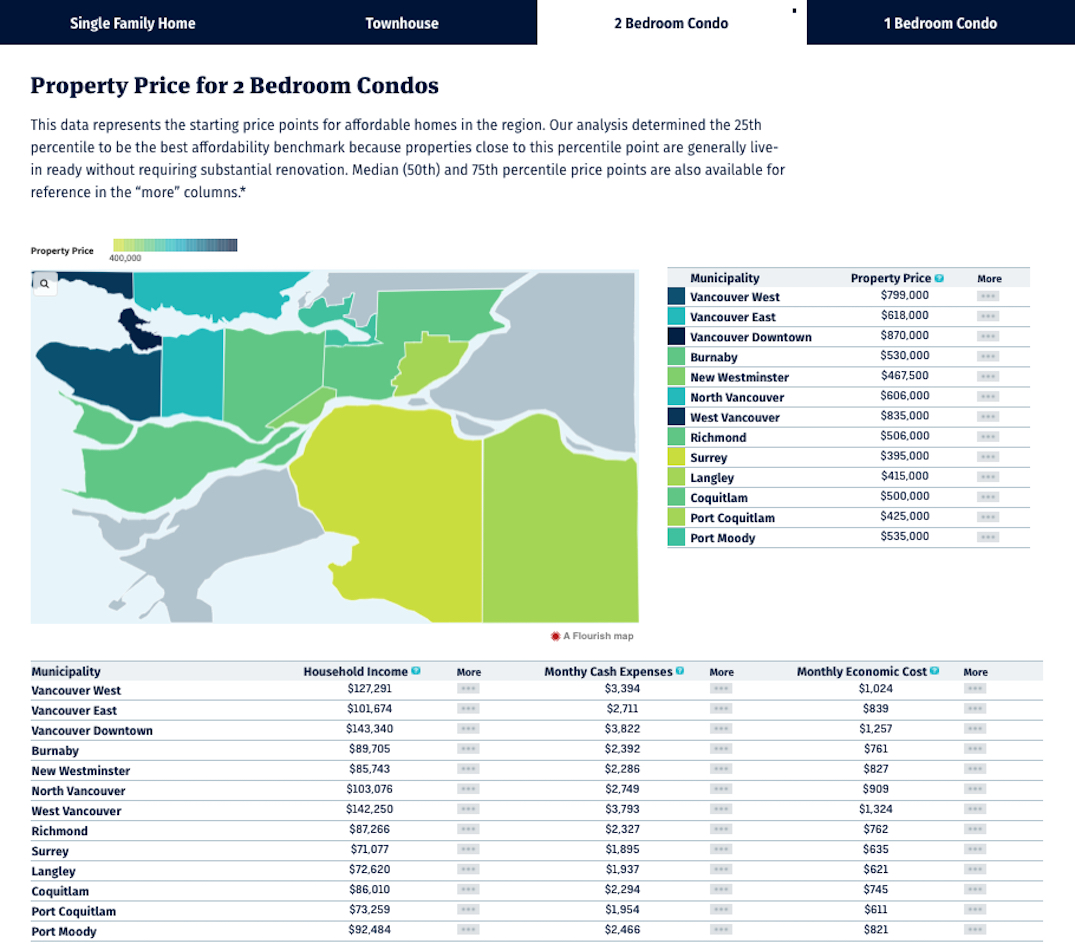 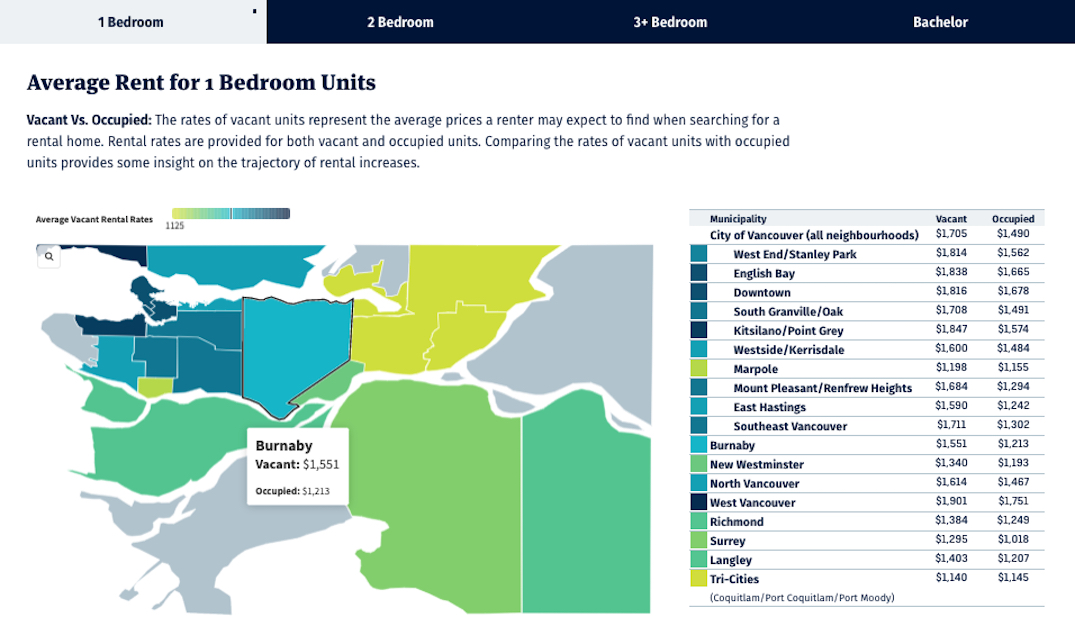 While much of the region’s disposable income goes towards housing, affordability goes beyond this one category.

The guide also covers childcare costs, with the costs highest in Vancouver where the average monthly fees are $1,525 for an infant (18 months old and below) and $1,462 for a toddler (18 months to three years old) — comparable to the cost of rental housing. The lowest average childcare costs are found in Port Moody, where there are average monthly fees hover at $950 for an infant and $872 for a toddler.

As for overall household spending costs, based on the average of 2.6 people per household, the average monthly expenses entail $173 for utilities (water, fuel, and electricity), $159 for telephone, $57 for internet, and $53 for television. Grocery costs differ slightly depending on subregion, such as the average monthly costs of $834 in Vancouver and $746 in Richmond.

Other aspects of affordability covered by the guide include the costs of public transit and personal vehicle ownership, median incomes for a range of professions, and provincial and federal income tax rates.

For those who are looking to start or expand a business, the guide also includes a breakdown of vacancy rates and average rents across the region, as well as corporate tax rates.